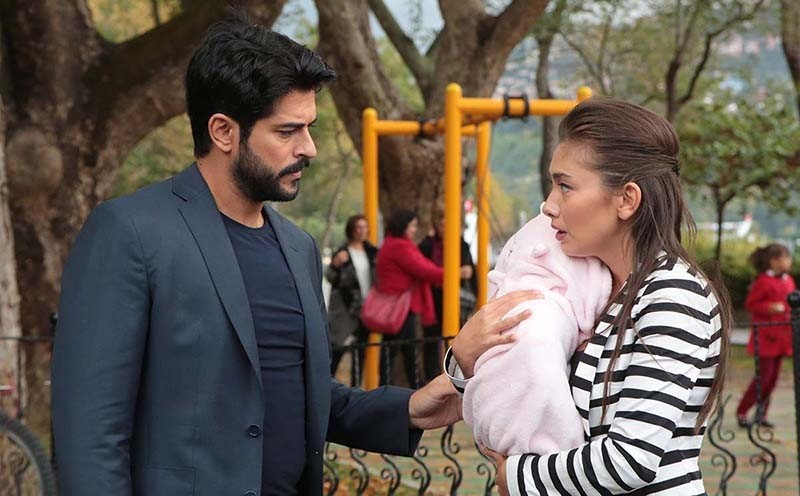 Turkish dramas continue to be the most preferred television series in Lebanon, a decade after their first broadcast in Arabic in 2007.

Lebanese journalist Zakia Dirani told Anadolu Agency (AA) that the Turkish TV series are the most preferred series in Lebanon since they reflect the culture, sociological structure and the traditions of the East.

Since the debuts of "Gümüş" (Silver) and "Ihlamurlar Altında" (Under the Linden Trees), aired from 2005 and 2007, Turkish TV series have quickly become hits in Lebanon, replacing Mexican and Egyptian series, once famous in the country.

A key factor in the series' popularity is their availability dubbed in a Syrian tongue of Arabic, which very similar to the Arabic spoken in Lebanon, Dirani explained.

"Turkish series have been able to convince Lebanese people because they have social, political and cultural messages that attract people. With these features, the series overtake the emotions of the audience and make them huge fans of the actors," she added.

The TV series not only top popularity charts among the Lebanese audience but also spark a desire to see Turkey, connecting the people of the two neighboring countries. The number of Lebanese who want to visit Turkey has been increasing with these series, Dirani said, adding that Turkish producers are not only successful in choosing a storyline or an actor but also reflecting Turkey's natural beauty in their works.

Dirani said many Lebanese people have traveled to Turkey to take photographs in places where the series like Gümüş and "Muhteşem Yüzyıl" (Magnificent Century) were shot.

The TV series are apparently good for more than just entertainment, as Lebanese viewers have also picked up words in Turkish from watching. One fan told AA that the words she learned from the series were very beneficial to her when she visited Turkey.

The Lebanese audience also resorts to Youtube to expand their choices. According to Dirani, "Sen Anlat Karadeniz" (Lifeline), "İstanbullu Gelin" (The Bride from Istanbul), "Erkenci Kuş" (Early Bird), "Çukur" (The Pit), "Söz" (Promise), "Diriliş Ertuğrul" (Resurrection Ertuğrul) and "Kızım" (My Daughter) are among the most watched series on the online streaming giant, according to Dirani.

Leila, a Lebanese bank employee who is currently watching Kara Sevda, said not a day goes by without watching a Turkish series.

"When I first started to watch Turkish TV series, I realized that I wasted my time with the other foreign series," she said.

Leila, who said she sees similarities between Turkish and Lebanese cultures, cited that she likes the old school romanticism of Turkish dramas over the exaggerations of other foreign dramas.