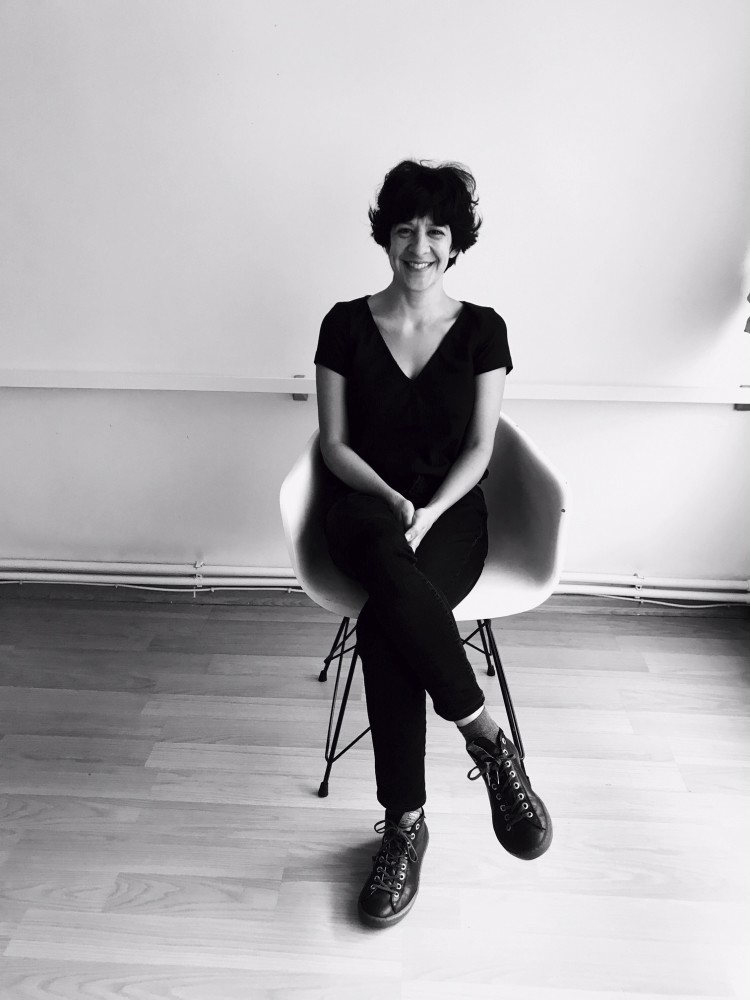 This year's guests for the Turkish workshop offered by Cite Internationale des Arts, one of most well-known art institutions in Paris, will be Nihan Somay, Alev Ersan, Canan Yücel Pekiçten and Rehan Miskçi. Supported by Istanbul Foundation for Culture and Arts (IKSV), the artists will have the chance to reside and work in Paris for three months.

With applications open to artists who work in various disciplines in visual arts such as experimental film, design and the performing arts, the program accepted four Turkish artists for the 2019 terms. Nihan Solmaz for the January to March 2019 term, Alev Ersan for April to June, Canan Yücel Pekiçten for July to September and Rehan Miskçi for the term of October to December.

The guest artists of the program, which runs until 2029, have been selected by a seven-person jury consisting of Aslı Çavuşoğlu, Bige Örer, Çelenk Bafra, Deniz Ova, Özer Dicle, Rüçhan Şahinoğlu and Zeynep Öz. The 350 guest artists, who are simultaneously hosted by Cite Internationale des Arts, have the chance to reside for a period of two months to two years. Having hosted 35 artists from Turkey since 2009, the program offers an opportunity for the artists to improve themselves thanks to various workshops which are run in addition to exhibition halls, rehearsal rooms, concert and entertainment areas. Accepting artists from various countries and disciplines, the institution offers 20 workshops for Germany, 19 for Sweden, 16 for China, 13 for Japan and four workshops for Iran.

About the 2019 Turkish workshop guestsNihan Somay works with texts, translated plays and printed material that are mostly fixed in temporary fiction produced as a result of group work. Studying the variable aspects of research in arts, she stays busy with speaking, travelling and publishing. A member of the KABA HAT artist collective and Cooperative of Publishing, Reproduction and Distribution (BAÇOY KOOP), Nihan Somay earned her Bachelor of Arts from Sabancı University Visual Arts Department while completing her MA at the Public Spheres program of Ecole Cantonale d'Art du Valais in Switzerland.

Alev Ersan has produced work in the areas of literary translation, installation and performance-installation in Istanbul and Vancouver. Completing her Bachelor of Arts in Western Languages and Literatures from Boğaziçi University, Ersan got her master's degree at The Writer's Studio program of Simon Fraser University, the academic team of which includes writers such as Miranda Pearson, Betsy Warland and Wayde Compton. Afterwards, she completed her MFA at Bard College in New York. In 2017, she took part in the Istanbul leg of the 13th Sharjah Biennial with the installation "A Room in Three Rites." In 2018, she performed at the shadow play projects of Mere Phantoms while her sketches and animations were included into the dOCUMENTA (13) exhibition for the video pieces of the artist Tejal Shah. Her translations and poems were part of various publications including CanLit, TPT and Witte de With-Morality in Fragments. She has given lectures on experimental literature and contemporary art at Boğaziçi University.

Canan Yücel Pekiçten is a dance artist, choreographer and academic. Completing her Bachelor of Arts with a major in dance from Yıldız Technical University, Pekiçten took dance lessons for a period of time at Folkwang Universitat Der Künste in Essen, Germany. She earned a master's degree in proficiency in art from Mimar Sinan Fine Arts University. Fed by her observations and experiences on class and cultural diversity, she produced art work with the effect of personal and collective memory. The recent work by the artist focuses on the representation forms of feminine body in contemporary arts. After the first shows at Utrecht Spring Dance Festival and the 19th Istanbul Theatre Festival, her works titled "My Motto" and "It's Ok!" were displayed in Poland and Lithuania. Performed by her, the choreography titled "Der Zwergen" was shown as the best choreography and dance and earned her first degree at the 8th Gdansk Solo Dance Festival. After its premiere in Sweden's Gothenburg, her work titled "All about the Heart" was displayed at the 21st Istanbul Theater Festival while a part of it was shown at Judson Church in New York. To date the artist's works have been supported by Jardin d'Europe, Europe In Motion, Workshop Foundation (Hungary), The Swedish Arts Grants Committee, Kone Fonu-Saari Residence (Finland) and Cec ArtsLink-Movement Research (the U.S.). In addition to her own projects, Pekiçten dances in shows by foreign choreographers and works as an academic at Mimar Sinan Fine Arts University.

Rehan Miskci, who graduated from Istanbul Technical University's Department of Interior Design, Miskci earned her master's in photography and video from the School of Visual Arts in New York. The artist studies notions of minority identity, non-belonging and memory within the context of photography and space. The series titled "Void" by Miskci, which she developed on the basis of the studio photographs of Maryam Şahinyan, was granted with first place by the Baxter Street Camera Club of New York in 2015. For the time being, the artist sustains her study on Foto Yeraz, which she started to develop in Beirut on Armenian Identity and Practice of Studio Photography relation, in Istanbul and New York. Her works were displayed at Kasa Galeri, Alan İstanbul, New York's Fridman Gallery, Transmitter Gallery in Istanbul and Galerie f5.6 in Munich. Her monograph entitled "Void" was a part of MoMA PS1 (New York) and The Geffen Contemporary at MOCA (Los Angeles) book fairs.