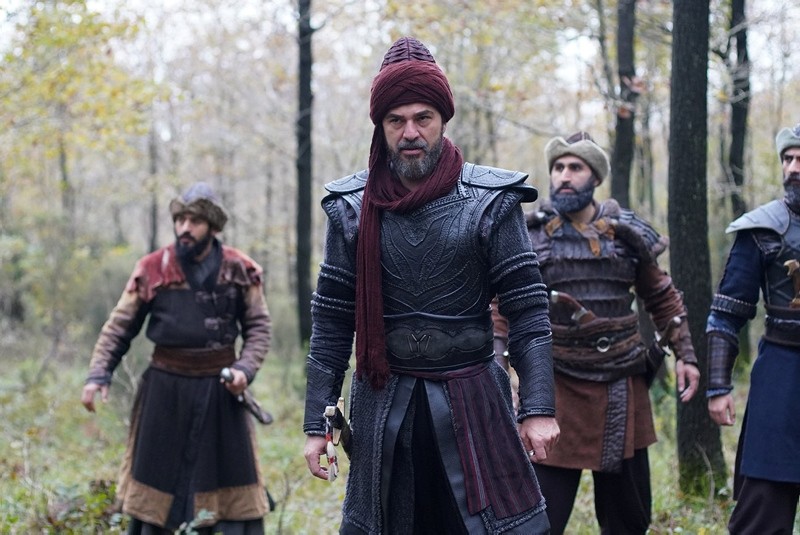 Turkish soap operas, which keep viewers glued to their screens worldwide, from Venezuela to Pakistan, are now reaching new heights of popularity among Palestinian families as well.

"I have been following Turkish drama for years," Anaam Jawhar, 34, told Anadolu Agency.

She hailed Turkish soap operas for "respecting the viewers' minds."

"They have many positive sides and make us feel that their [the Turkish people's] life is close to the Arabs' life and habits," she added.

Ahmed Khaled, 20, who describes himself as a viewer interested in war-related Turkish soap operas like The Warrior and The Pit, shared a similar view.

"The Turks were able to enter every Arab house through the series. In recent years, I have learned a lot about Turkey," he said.

Khaled believes that the beauty of Turkish nature, the production capabilities, the creativity of the directors, and the ability of the actors to master their roles beautifully are behind the popularity among Turkish TV series among Arab viewers.

Isra Numan, a female Palestinian viewer, said "I found myself attached to Turkish drama … There is a secret I do not think it is hidden."

"You do not feel bored, but there are stimuli in each episode to follow the next episode," she said.

According to Anadolu Agency correspondent in Palestine, the Turkish series Resurrection Ertuğrul is one of the most popular serials watched by Palestinian families besides Sultan Abdul Hamid II, and Valley of the Wolves, as well as other popular Turkish soap operas.

Turkish series have achieved remarkable success over the past 10 years in 142 countries, with an export volume of about $350 million.

The most popular Turkish TV series in terms of number of viewers is Resurrection Ertuğrul, which is aired in more than 100 countries, and followed by more than a billion viewers.