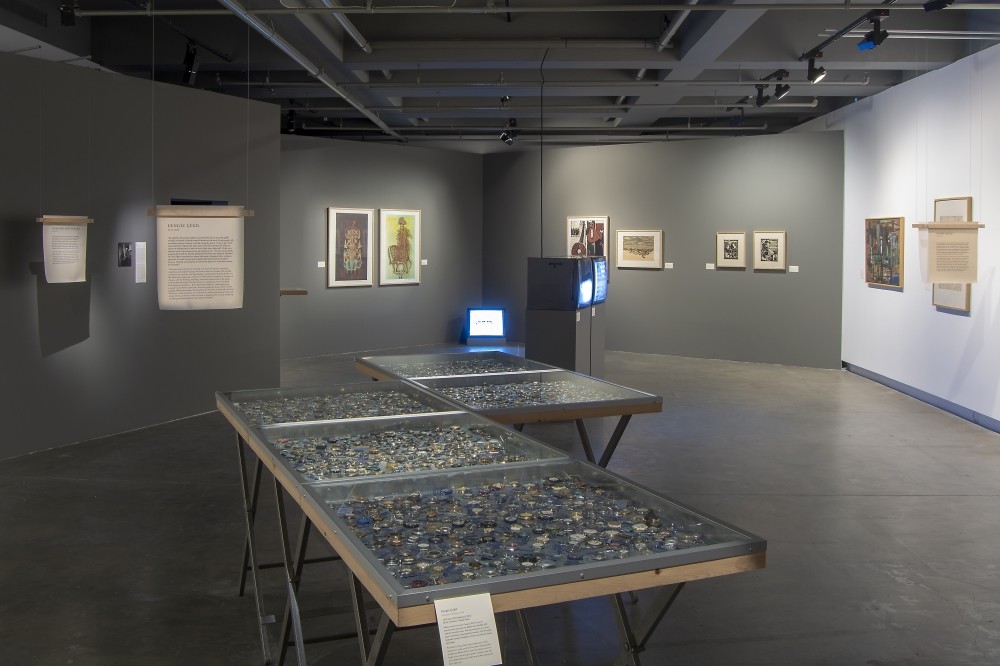 The exhibition presents a selection of archival materials and works of art along with oral narratives relating to the productions of Gazi Education Institute students.
by Daily Sabah Dec 11, 2018 12:00 am

Now open at SALT Galata and running until Feb. 17, "Idealist School, Productive Studio" focuses on the years between 1932 and 1973, marking the period when the Arts and Crafts Department at Gazi Education Institute was opened and until when the institute's boarding school was rescinded.

The principal teacher training school, established three years after the foundation of the Republic of Turkey in 1923, Gazi Education Institute in Ankara was assigned to train teachers with all the necessary skills to exercise their profession under conditions of hardship, both materially and intellectually. The students were provided with applicable knowledge, which was considered to be the most practical and favorable in the political climate of the period. The institute's Arts and Crafts Department developed a curriculum around the concept of "work" with a pedagogical approach that emphasized "learning by doing." An original variety of art education was made available, whose fundamental principles found expression in the practices of the graduates, trained as artist-teachers. 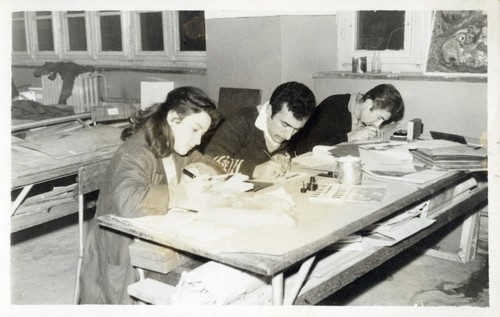 Students at Gazi Education Institute were provided with applicable knowledge, which was considered to be the most practical and favorable in the political climate of the period.

Adding a new layer to SALT's research on the art history in Turkey, the exhibition presents a selection of archival materials and works of art along with oral narratives.

The notion and practice of work education became widespread among

industrializing countries from the end of the 19th century onward, especially on the utilization of new means of production. In the 20th century, however, late-industrializing countries concentrated on raising generations of skilled workers who could serve as the agents of implementing rapid progress. This transformation involved associating the old with laziness and lethargy and the new with creation, construction, design and utility. As a result, in many countries, work education came to be seen as the basis of modern pedagogy. In the Ottoman Empire, the first debates around the idea emerged in 1908, when Mustafa Satı Bey was appointed director of Dârulmuallimîn, an all-male teacher training school in Istanbul. In subsequent years, they were further developed by the reflections of thinkers including İsmail Hakkı Baltacıoğlu and İsmail Hakkı Tonguç and eventually formed the conceptual basis for a number of leading institutions like Gazi Education Institute.

In the Gazi Arts and Crafts Department, art was consciously linked to work and profession as part of the overarching political and social mobilization that was viewed essential to the modern republic. This approach played a significant role in the development of artist-teachers by combining fine art studios like painting, graphics and modelling together with applied arts studios like wood, metal and cardboard works. Students were taught to produce with diverse materials that, in the future, they could use in their art classes as well as their own artistic practice.

"Idealist School, Productive Studio" explores the contributions of this comprehensive mastery of knowledge made to future generations through archival visual records, textbooks of pedagogy and pedagogical debates held in various journals.

Works produced with an array of printing techniques by Nevzat Akoral, Mustafa Aslıer, Muammer Bakır, Nevide Gökaydın, Mürşide İçmeli and Süleyman Saim Tekcan showcase the constructive side of the department's graphics education. Son of a watch repairman, Cengiz Çekil's 2005 work "1,200 Saat" ("1,200 Watches"), comprising of 1,200 old watches purchased at flea markets; and İsmail Saray's installation "Duvara Ders Anlatma" ("Lecture to a Wall") (1980/2018), reproduced for this exhibition by the artist, represent fine examples of graduates' varied art practices. Osman Dinç's "Triptik" ("Triptych") (1978) in wood, glass, felt and iron; as well as "İsimsiz" ("Untitled") (2006) by Remzi Savaş, a symbolic interpretation of iron scale weights, feature the use of unusual materials. The exhibition also includes Halil Akdeniz's "Kompozisyon" ("Composition") (1964), executed with oil paint that Akdeniz prepared when he was a student; and a drawing by Gülgün Başarır for Refik Epikman's 1965 studio.

Following the initial presentation at SALT Galata in Istanbul, "Idealist School, Productive Studio" will be on display at Çankaya Municipality Contemporary Arts Center in Ankara between March 4 and April 7, 2019.