'The Nearby Far: Iran' exhibition now on display 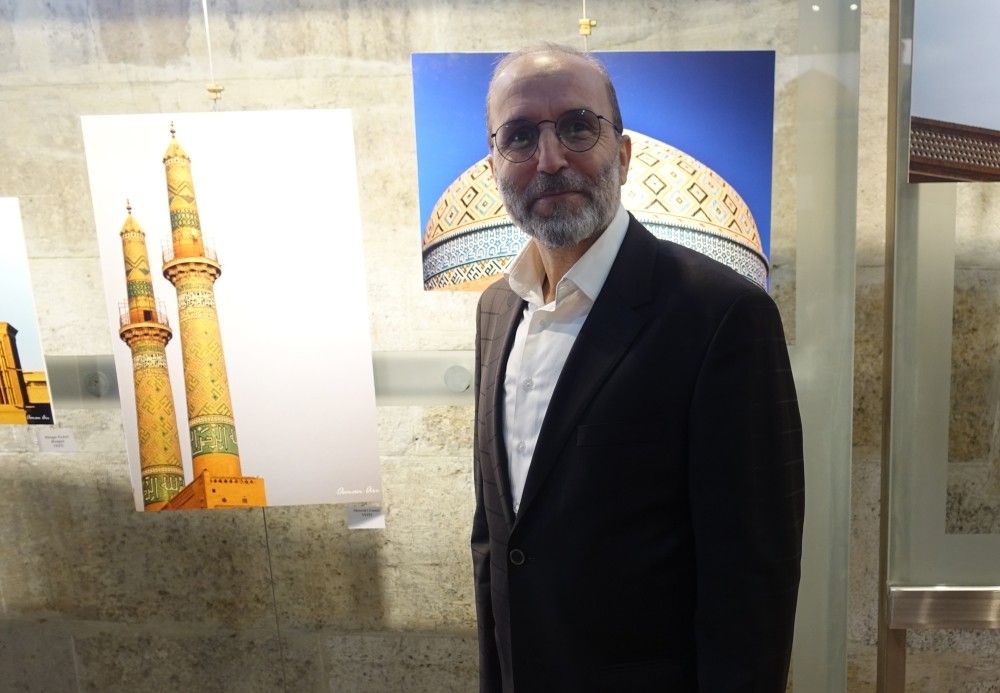 The second personal exhibition by photographer Osman Arı, who is also a mechanical engineer, salutes art lovers with the title "The Nearby Far: Iran." Supported by the Istanbul Chamber of Commerce (ICOC), the exhibition was opened to visitors at the Sultan's Pavilion of the New Mosque.

Speaking to Anadolu Agency (AA), Arı stated that he is an amateur photographer who spent seven years in Iran as part of his job. Noting that he photographed his travel spots throughout the time he spent in Iran, Arı said," I visited Iran many times, also before the work. I realized that it has so many historical and cultural spots. I think Iran is not known enough in Turkey. It is quite important for us, for Turkish society. As Turks, we migrated to Anatolia from Central Asia passing through Iran. We founded the Seljuk Empire there, before moving into Anatolia. As we got to know Anatolia via Iran, our process of Islamification dates back to our time in Iran. Most of the religious terminology in Turkish is not in Arabic, but in Persian, such as 'namaz' ('salah'). In other words, I think that getting to know Iran is in fact getting to know ourselves. I tried to reflect this with the photographs on display."

Shiraz, the capital of literature and culture

Arı stressed that with his pieces he tried to transmit the history and culture of Iran and said, "I took photographs from Esfahan, Shiraz, Yazd and Kashan. The exhibition also offers pictures of the tombs of Fariduddin Attar, Omar Khayyam and Ferdowsi, located in Nishapur and Tus. The tombs of Hafez and Saadi in Shiraz also can be seen at the exhibition. These poets played quite important roles in Iranian culture. Today's Iranians still read and compose the works of these figures. In other words, you cannot imagine the Persian language without these figures.

Arı stated that Esfahan is a city in which you can experience Iranian culture with a refined taste and added, "When it comes to literature and culture, the capital city is Shiraz. It has splendid gardens and mosques. In the middle of the Yazd (or Bafgh) Desert, Shiraz stands out with the most beautiful examples of soil architecture. There, you will come across super engineering solutions for the worst weather conditions. In Shiraz, I witnessed how soil can be a splendid construction material. Kashan also has extraordinarily beautiful houses." Consisting of 67 photographs, the exhibition will be open to visitors until Jan. 26.