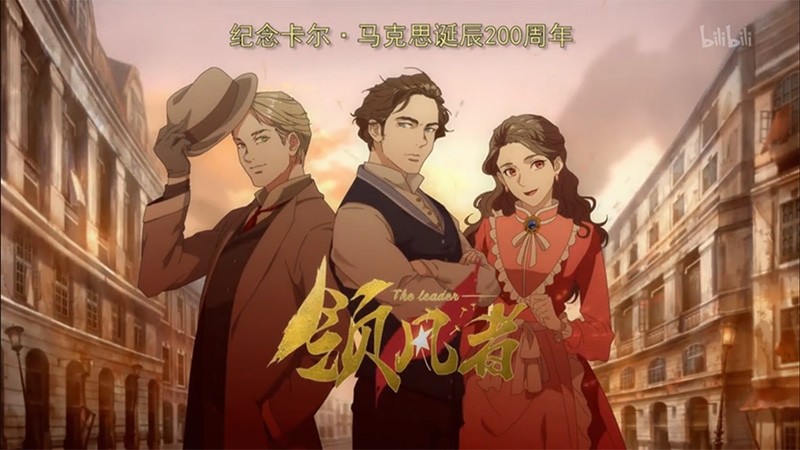 A biographical anime series to be published in China to commemorate the 200th anniversary of Karl Marx has become the subject of debate, as some Chinese internet users say that the revolutionary's anime version is "unnecessarily handsome."

China will hold a number of events to commemorate the German philosopher who founded Marxism, including the publication of a first-ever seven-episode series on Marx's life by Chinese animation company "Bilibili."

However, the trailer for the series drew widespread reactions from some Chinese citizens who were surprised at Marx's "extra-handsome" appearance in the anime.

The series, titled "The Leader," relates points in Marx's life, from his romance with his wife Jenny von Westphalen to his first encounter with Friedrich Engels, who co-wrote "Communist Manifesto" with Marx.

A press announcement with the trailer published on Weibo said: "Marx was a great man standing upright between heaven and earth, whose ideological system established through his entire life awakened all sleeping proletariat across the world and deeply influenced the historical development of the world, (as well as) an ordinary man of flesh and blood. His love for Jenny, which met with much obstruction, and friendship with Engels, which they almost missed, finally became legendary."

The trailer has already received hundreds of thousands of views.

Marx was born in 1818 in Trier, Germany, and went on to be one of history's most influential philosophers and socialist revolutionaries. His theories became known as Marxism, which states that societies develop through class struggle.

Marx's theories have had a significant impact on China's political development. Current Marx is cited as a key influencer of President Xi Jinping's own school of thought, which is referred to as "Marxism adapted to Chinese conditions."