Istanbul Biennial zooms in on 'The Seventh Continent' 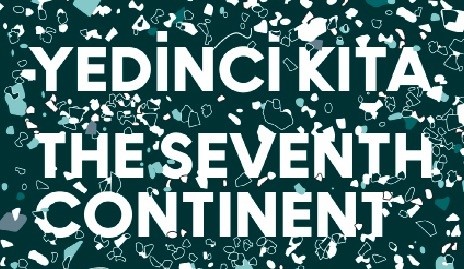 The 16th Istanbul Biennial is titled, The Seventh Continent in reference to the mass of floating plastic in the Pacific Ocean encompassing 3.4 million square kilometers and weighing 7 million tons.
by Matt Hanson Dec 29, 2018 12:00 am

In his opening statements before colleagues, artists and the press, Nicolas Bourriaud, curator of the 16th Istanbul Biennial, to be held from Sept. 14 to Nov. 10 in 2019, proposed that contemporary artists of the Anthropocene era are each sole inhabitants of an exotic island, savages to the status quo

Following in the footsteps of two naturalist missionaries from Reims, the writer and curator Nicolas Bourriaud walked into the 148-year-old campus of the Saint-Joseph French Private School in Istanbul and spoke about the importance of ecological awareness. While not hailing from the 19th century's Romantic tradition inspired by philosophical and spiritual retreats into the heart of nature in search of humanistic values, Bourriaud, instead, led a professional troupe of art lovers through the labyrinthine hallways of the Natural Science Center, founded in 1910 by Frere Possesseur Jean and Frere Paramont-Felix, now coordinated by Ahmet Birsel, formerly director of the World Wildlife Fund's Marine Program in Turkey.

The indoor exhibition grounds at the Natural Science Center convey the country's finest, taxidermic work to educate future generations about the importance and urgency of environmental conservation. Among over 30,000 animal and 40,000 plant species, and nearly 5,000 minerals and fossils, the collection is mostly comprised of endangered or extinct specimens from the bio-diverse ecology encompassing four seas and extending from the fields of Thrace to the Mesopotamian reaches of the Anatolian interior. It was a welcome preface to the announcement of The Seventh Continent, the title of the 16th Istanbul Biennial. Bourriaud invoked the central theme by first screening a clip from the Pier Paolo Pasolini film, "The Hawks and the Sparrows" (1966).

In the vintage movie, an elegant older man named Toto sports a cane and hat as he walks with his son Ninetto down a rustic, unpaved road in the Italian countryside. On route, they meet a crow sympathetic to Marxist rhetoric. Ideologies are further anthropomorphized when the duo travel back in time 750 years, reappearing as monks out to convert a flutter of sparrows. Pasolini directs his comic actors with flippant mockery of the church and its absurdist impositions against nature, that of humanity and of all creation. Frere Possesseur Jean and Frere Paramont-Felix may have seemed as out of place, like the dancing, whistling monks of Pasolini's cinema when they took to preserving samples of the flora and fauna around the Saint-Joseph schoolyard, which is near to some of the oldest, Neolithic remains of human settlement in Istanbul's metropolitan region a short walk from the Asian coasts of the Sea of Marmara. 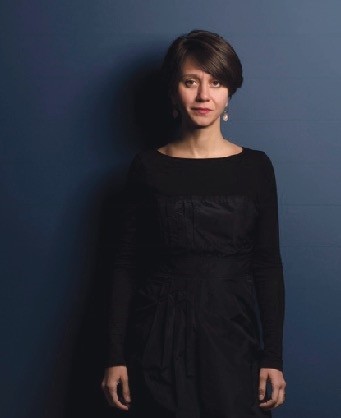 Bige Örer, Contemporary Art Projects Director at the Istanbul Foundation for Culture and Arts (IKSV), which has organized the Istanbul Biennial since 1987.

"Ecology is among the most crucial topics of our time and issues such as climate change, global warming and pollution need to be taken into consideration urgently, in the global sense. We believe that art has a direct influence on all developments in the world. Therefore, we think that the Biennial will be an important platform to bring up these sensitive issues," Bige Örer wrote as Contemporary Art Projects Director at the Istanbul Foundation for Culture and Arts, which, since 1987, organizes the Istanbul Biennial as the most comprehensive international art exhibition in Turkey and its region.

An anthropology of contemporary art

The Seventh Continent is named after the 3.4 square kilometers of floating plastic weighing 7 million tons, forming an archipelago of three islands in the Pacific Ocean. (In Europe, schools teach that there are six continents, combining the landmass of Eurasia). Bourriaud is curating the 16th Istanbul Biennial as a means to explore the artificial territory, as an anthropologist would study interactions within a community of humans, animals, objects and machines, venturing into what he is calling an "off-centered world." He posits a revisionist interpretation of anthropology as a form of participatory dialogue requiring immersion into another civilization, citing the British anthropologist Tim Ingold's phrase that "anthropology is philosophy with the people in."

Similarly, in the field of contemporary art, criticism and history merge with the practice of artists and writers who are conscious of the symbiotic reciprocities between what they make, how the work is shown, and its effects, both articulated and unexpressed by the individuals and collectives exposed to it, either personally, or with its public response. In 1975, the American conceptual artist Joseph Kosuth published his essay, "The Artist as Anthropologist," in which he suggests that artists are engaged in materiality beyond mere intellectual inquiry, exposing the enigmas of scientific objectivity to manifest reflexive investigations of the cultures and environments in which they live.

To paraphrase the Goethe epigraph that Kosuth used to introduce his classic discourse printed in the first edition of "The Fox," a short-lived magazine that shaped conceptual art theory, to understand fact as theory is wisdom. It is an apt statement to contextualize the thought of peopled philosophy as anthropology, which, in turn, is contemporary art by another name. In the 1990s, the American art critic Hal Foster advanced the theoretical lines of Kosuth with his seminal text, "The Artist as Ethnographer?" where he further internalizes the concept of the artist as an agent of change informing social activism and cultural perception, positioning art as a vehicle for subjective transformation. Bourriaud curates artwork in response to critical writing, focalizing the next generation towards what he terms a "coral art," and a "polyphony of voices."

The artist as postmodern savage

To identify contemporary art as a kind of anthropology is to transcend object-based inquiry and figurative representationalism towards truly conceptual creativity, as that proposed by Kosuth and his peers, like Sarah Charlesworth. It is to see art-making and its presence in public space not as an arrangement of objects, but as a dialogue between subjects. Bourriaud adapts the stance of Ingold to relay his notion that anthropology in the Anthropocene includes non-human elements. And more, in his view, contemporary artists are inventing a new anthropology, which he is designating as "molecular." Finally, nature and culture are mere synonyms in a fully anthropomorphized reality, whether exemplified by the thriving of non-native species in a residential landscape, or the Apple logo marking the world soul's collective subconscious with the mythical, tempting fruit picked and bitten off the tree of the knowledge of good and evil.

"We could define molecular anthropology by saying that it's the study of all human effects, all human tracks, all human prints in the universe, and their interaction with non-humans. It's a very expanded version of anthropology. This will be the guiding thread throughout the exhibition. Today there is a more general awareness that this classical division between nature on one side and culture on the other side, which has sustained Western philosophy and thought for more than 2,000 years, has come to an end. It has become completely obsolete," said Bourriaud at Saint-Joseph on Dec. 11. "This awareness of the end of the division between nature and culture has generated new dialogues between cultures, new historical narratives as well as a new distribution of our ways of thinking, more precisely, new ways to write our history."

As part of his approach to dismantling and laying bare the foundations of Western intellectual tradition, Bourriaud spoke to the role of young contemporary artists whose "molecular anthropology" recycles the narrative continuum of human history as a long return from ancient literacy to the postmodern embrace of orality. He proclaimed as much with the mature cognizance of life in the Anthropocene attesting to non-human linguistic information in nature and machines as a 21st century natural scientist preparing for an excursion into the eye of The Seventh Continent. In contrast to the outmoded anthropocentrism of early science, Bourriaud draws inspiration from the Claude Levi-Strauss, who foresaw the fate of all scientific discipline as a method "not to constitute, but to dissolve man," as he wrote in the final chapter of his 1961 book, "The Savage Mind."

"Art could be described as an anthropological practice embracing alternative communities, minorities and even the individual as a species by himself or herself, to quote Levi-Strauss," said Bourriaud, who leaked little about the biennial, disclosing only that the main venue will feature a maze, and that, as a whole, the exhibitions will provide the intellectual and aesthetic tools to understand global problems. "What if every artist would be the last survivor of a society that has disappeared. That would be an anthropology where every artist would be the savage of every beholder, savage being the name given by Western colonizers for the people with a different culture, a different vision of the world. I suggest that we recuperate this word in a positive way. Savage, then, would become the name of the other in general. Every one of you and me, we are all savages, one to another."