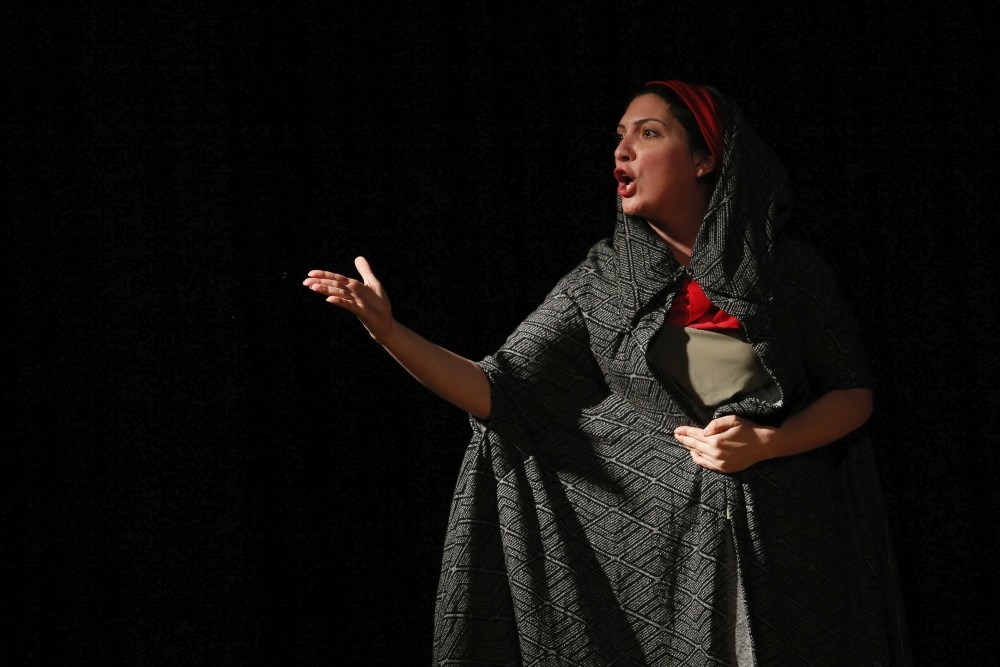 A theater group based in İzmir province has been preparing the play "Hiç Kimse" ("Nobody"), which focuses on the journey and struggles of immigrant women and the drama surrounding immigration itself.

Topping international agendas, the issues of immigration and migration have become the subjects of a play by a group of artists in İzmir, which itself has been the home of many tragedies.

The protagonist, who starts in the Middle East and reaches Europe, is named Azerin.

Starting with Azerin's childhood and her relationship with her soldier father and her teacher, the story details her isolation.

The play follows the immigration journey of Azerin, who had to abandon her bomb-riddled country. The stories of other female immigrants the character meets are also part of the play.

Detailing Azerin's self reflection about a crime she committed in the past, the play also focuses on questions surrounding women's roles in Middle Eastern societies.

Donation for children in every ticket

Ömer Polat, one of the founders of Vol:5 Theater and the director of the play, spoke to Anadolu Agency (AA) and noted that "Hiç Kimse" will be the last play of a trilogy that also includes "Medea Belleği" ("Medea the Memory") and "Otel Kırık Bellek" ("Hotel Broken Memory"). Polat studied the turmoil of immigration throughout the writing process and said: "I had the idea that immigration starts during childhood. When a child grows up and gets in touch with their father, she or he starts to become isolated. Our play mostly consists of fragments. It exposes the story of a woman, her journey into the past, reflections on today and her encounters with other women."

Stressing that he aimed to examine the difficulty of immigration through the eyes of a woman with the story, Polat said: "We come across so many people from the Middle East in Turkey. Yes, they work and live here; however, that is not the full story."

Noting that the story reflects real life, Polat said: "We thought that we could help and contribute to these children, even if it is just a drop in the bucket. For every ticket, TL 5 [$1] will be donated to a foundation for the education of children. We will also tell our audience about the donation. Theater must offer social not just visual relief."

‘The elephant in the room'

Gizem Tataroğlu, one of the founders of Vol:5 Theatre, plays four characters, including Azerin, in the play.

Since she wanted to effectively convey the characters and read a lot to do so, Tataroğlu said: "As a woman, I feel strongly about representing such stories. These stories are much like the elephant in the room. Immigration and war are the realities of today's world. War wants to make the world forget, while art wants to make the world remember. I think that we must fearlessly continue to point out the elephant in the room again and again."

After its premiere, the play will be at Boyoz Academy on Jan. 16 and at Caddebostan Cultural Center on Jan. 21.