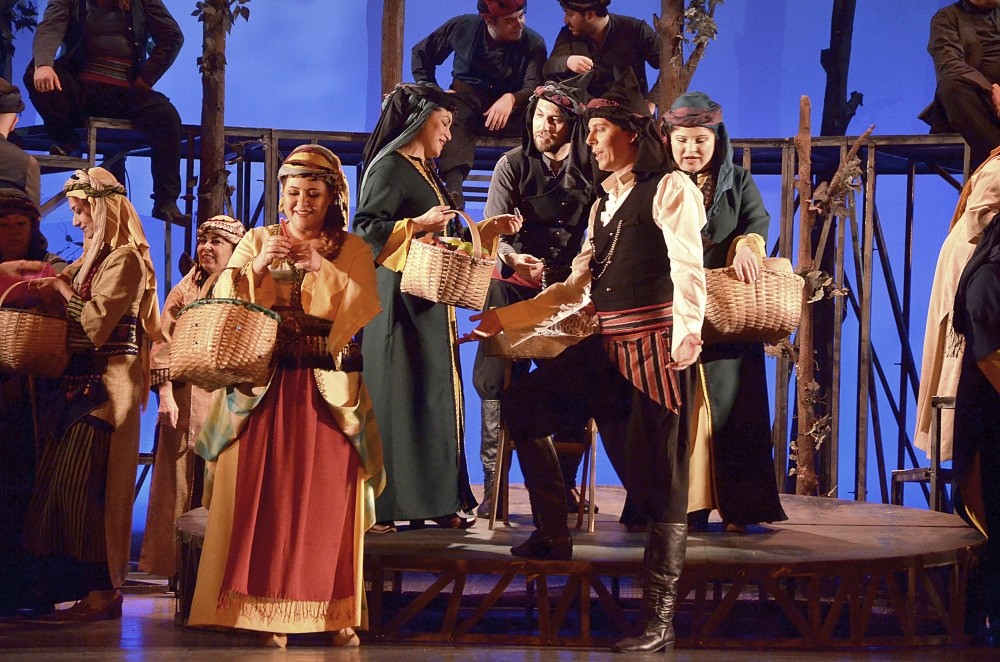 u201cHekimou011fluu201d is based on the story of a bandit and is set in the Black Sea region during the reign of the Ottoman Empire in the early 20th century. It particularly examines the former empireu2019s social structure.
by Daily Sabah Jan 15, 2019 12:00 am

Tolga Taviş's two-act play "Hekimoğlu,"which had its İzmir premiere on March 14, 2017, will be staged four times this season.

The İzmir State Opera and Ballet will host performances on Jan. 17 and Jan. 19 as well as on March 2 and 5.

"Hekimoğlu," whose libretto was written by Bertan Rona, will be conducted by composer Tolga Taviş.

Figen Ayhan Karakelle from the Ankara State Opera and Ballet will be responsible for stage management, while the set will be designed by Çağda Çetinkaya. Gizem Betil will be the costume designer.

The choir will be conducted by Ahmet Kahyaoğlu, and the lighting design will be be run by Oktay Kanca.

The opera's plot is based on the story of a bandit, and is set in the Black Sea region during the reign of the Ottoman Empire in the early 20th century. It particularly examines the former empire's social structure.

Inspired by a real-life story, "Hekimoğlu" reconstructs and exposes the social structure of the time through specific sequences.

The protagonist, Hekimoğlu İbrahim, loses his father at an early age and grows up under Sefer Agha - a title given to landlords in the Ottomans time - in a small Black Sea village.

Though Hekimoğlu was unaware of the village gossip that his father was killed by Sefer Agha in his younger years, he begins to feel uncomfortable with the rumors as he grows; however, the love he has for Sefer Agha's daughter Narin stops him from pursuing the truth.

Mümtaz, the murderer of Hekimoğlu's father, gets out of prison after serving his sentence. Right after, the local mukhtar (village headman) goads him into ruining Hekimoğlu. So either Hekimoğlu or Mümtaz must die, or one of them will end up in prison. All this turmoil helps sustain the mukhtar's power over the village. However, nothing goes the way the mukhtar planned and the love story ends up with the death of Hekimoğlu, while the story and Hekimoğlu's valor is passed down for generations as an epic legend.