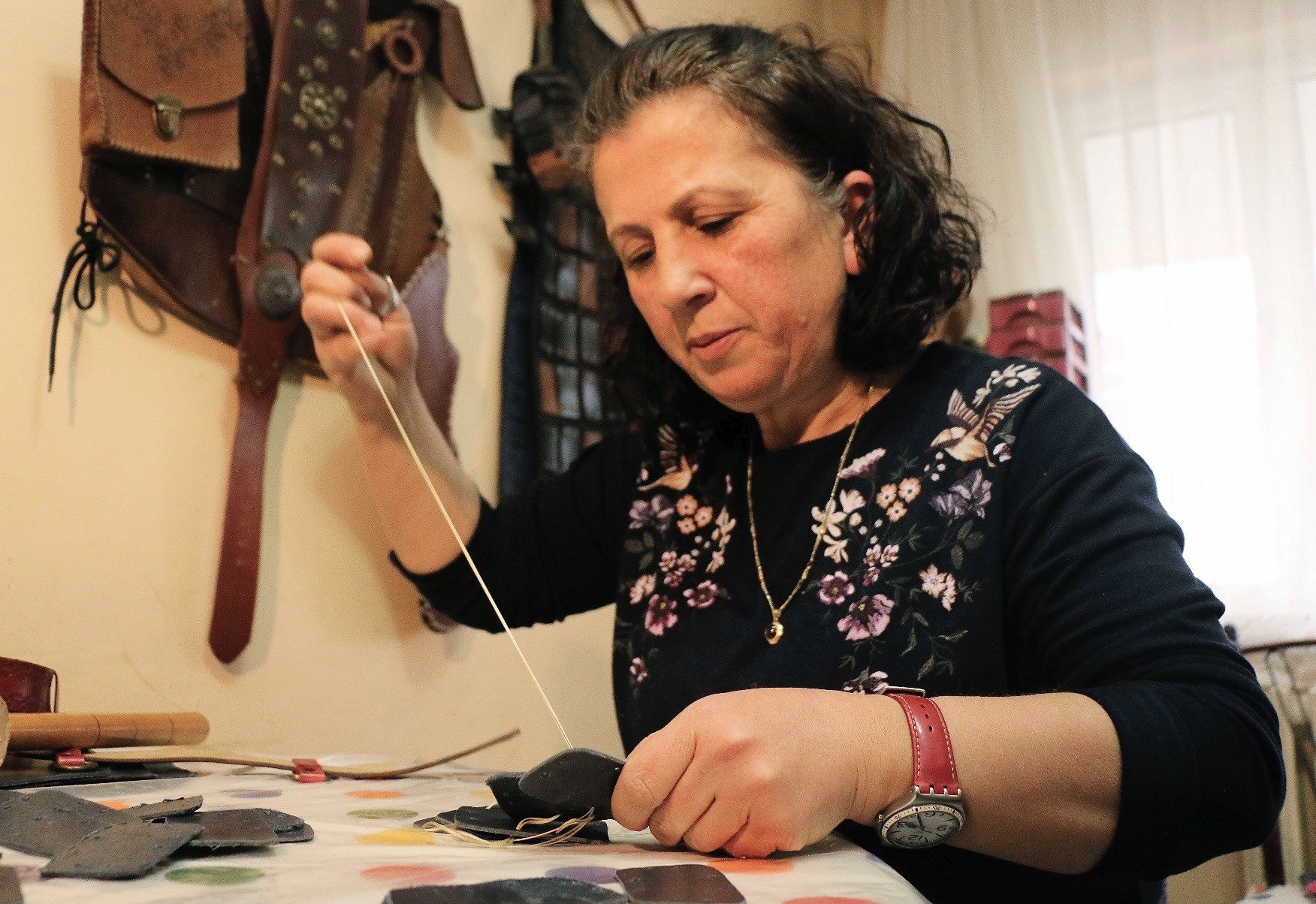 u015eu00fckriye Bal sews various clothes and materials used in archery, a hobby that has now turned into a business.
by Anadolu Agency Jan 21, 2019 12:07 am

A female entrepreneur from Eskişehir, Şükriye Bal turned to archery as a hobby and soon this hobby turned into a job opportunity for Bal thanks to the clothes and materials used in the sport that she was able to make and sell.

A mother of two, 50-year-old Şükriye Bal, opened a workshop in the basement of her sister's house after her husband retired, 10 years ago. This all started when a costume Bal had sown for her child's play production won an award at a festival; Bal took this opportunity and turned it into a business and began to sew costumes on special orders with the support of her husband.

Bal had been making costumes for the past eight years. When the archery clothing she had made for Cüneyt Buzlu, the president of the Eskişehir Sultan Mounted Archery Association was appreciated by many, slowly she diversified her work and became engaged in this sector of clothing as well.

Speaking to Anadolu Agency (AA), Bal noted that she started off first by providing hand-sewn products for dowries.

When she made dresses for a Shakespeare play for her daughter's theater department at her high school, her work shifted toward costumes, these costumes later won awards at a theater contest between high schools in Antalya and that is what paved the way for her. Bal said her interest in archery started when she met Cüneyt Buzlu, who wanted costumes made and was also into archery.

Bal said she enjoyed traditional archery and shooting arrows. "I went to traditional archery festivals. Archery became a hobby of mine. I started sewing clothing both for my friends and myself after I started archery. I combined these costumes with leather for the past two years. I can sew many items used in traditional archery. I make arrow covers, small leather bags, leather armors, mittens etc. Period dramas such as 'Diriliş Ertuğrul' and similar movies created an interest in traditional archery. They come to me to sew costumes seen in these series and movies. They bring the visuals and I sew similar dresses by changing colors and designs. It takes me a week to prepare a costume. I can create armor in 10 to 15 days."