Children stop at nothing, take stage for Palestine 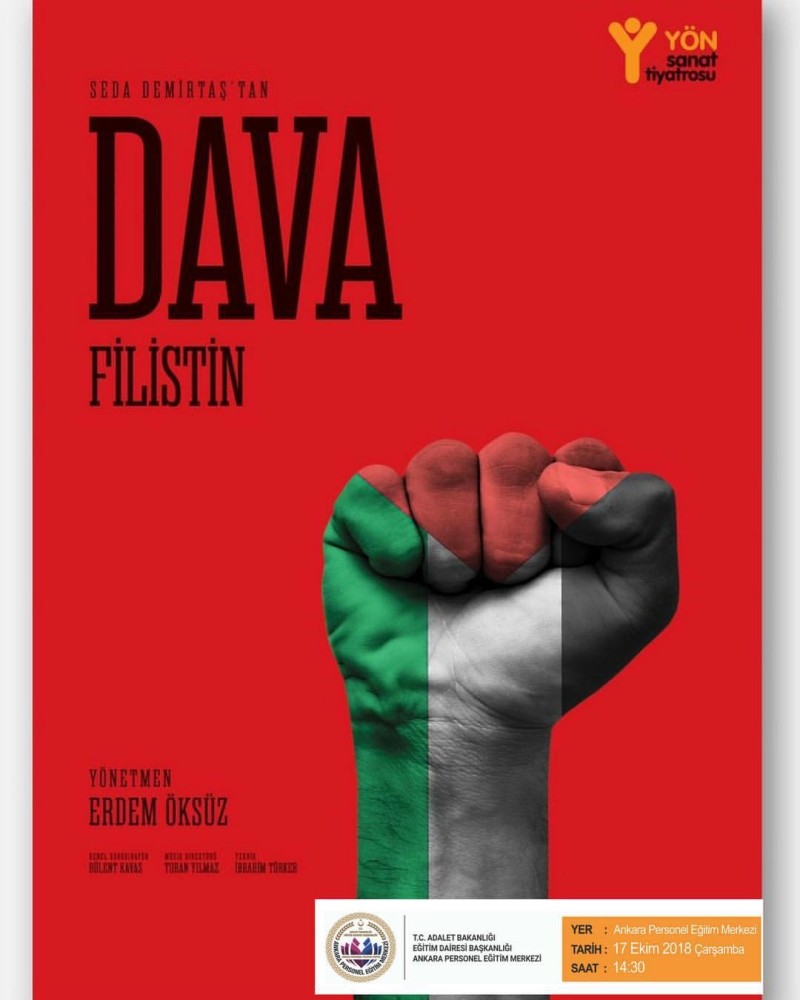 The art workshop, which has aimed to create awareness since the day it opened in 2010 without collecting donations, has reached 75,000 spectators with 319 performances of five plays in 49 cities.

Written by Seda Demirtaş, the screenwriter of the film titled "Dumlupınar," "Dava Filistin" is directed by general art director Erdem Öksüz, who is the founder of the workshop. The play will be performed for the first time in the capital Ankara today at 7:30 p.m. in the Ministry of National Education Council Hall.

The music director of the play, which features Mustafa Türker, Nazım İriç and Aytaç Işık, is Turan Yılmaz.

Director Öksüz told Anadolu Agency (AA) that three children performing in the play are mentally impaired and were used for delivering drugs in the past.

Noting that they want to draw attention to the persecution in Palestine in the play, Öksüz said: "We are not a group that focuses on disabilities on stage. We have impaired people in our team, but we want to show that we can do this job as well. A group with impairments is starting a journey to tell the case of Palestine for the first time in the world." Öksüz added that they want to perform the play in Palestine in the upcoming months and reported that they are in contact with the Palestinian Embassy in Ankara about this issue.

Öksüz emphasized that the lives of impaired children changed thanks to the theater.

Stressing that they worked with Hacettepe University Ergotherapy Department last year, the director mentioned that the activities of the workshop have become the subject of academic research. He also said scientific research has revealed that individuals with disabilities greatly benefit from theater and continued, "It is nice to see the children making progress with theater."