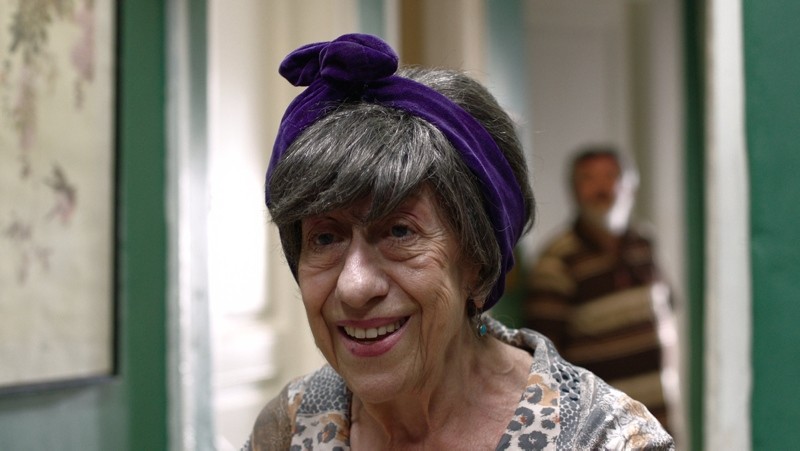 Gruda, who had previously battled pancreatic cancer, was hospitalized in December due to gastric bleeding. She spent the last month in intensive care and died at the hospital.

Gruda acted in many comedic films of the Yeşilçam era with significant figures such as Şener Şen, Kemal Sunal and Ilyas Salman.

Ayşen Gruda was born in a mansion, which was used as a headquarters during the period of the Ottoman Empire, in Istanbul's Yeşilköy district as the middle daughter of the Erman family on Aug. 22, 1944. Her father was a train machinist. Her talent of comedy was discovered by her parents as she was impersonating her Armenian neighbors in their houses in Yeşilköy. Her father passed away when she was a 10th-grade high school student. She quit school because of financial difficulties and started to work. Her brother Ayben Erman and her elder sister Ayten Erman would go on to be actors like her. In one of the plays that she performed for TV, she was given the nickname "Tomato Beauty" after she played the role of a character named "Nahide Şerbet the Tomato Beauty."

Ayşen Gruda began her professional acting career on tour with the Tevfik Bilge theater. Her first role was as a servant in the vaudeville titled "Kongre Eğleniyor" ("The Congress is Having Fun") in 1962. After her 16 years in theater life in 1977, she appeared in a television play on an entertainment show. She became popular and was known by everyone after her role "Nahide Şerbet the Tomato Beauty."

Ayşen Erman met fellow actor Yılmaz Gruda at the Ankara Meydan Stage and married him. When their daughter Elvan was born, she took a break from the theater. This marriage lasted a long time. Ayşen Gruda continued to use Yilmaz Gruda's surname after she divorced him.

Ayşen Gruda later took part in the core team of director Ertem Eğilmez's films with his close actress friend Adile Naşit. Gruda played in musicals such as "Deve Kuşu Kabare" ("Ostrich Cabaret"), "Hababam Sınıfı Müzikali" ("The Chaos Class Musical"). In addition to theater, she appeared on TV in many plays and TV series. She had a role in many classic examples of Turkish cinema, such as "Tosun Paşa" ("Tosun Pasha"), "Süt Kardeşler" ("Milk Siblings"), "Şabanoğlu Şaban" ("Şaban, son of Şaban"), "Hababam Sınıfı" ("The Chaos Class") and "Neşeli Günler" ("Happy Days").