History, art of Buenos Aires meet on one street 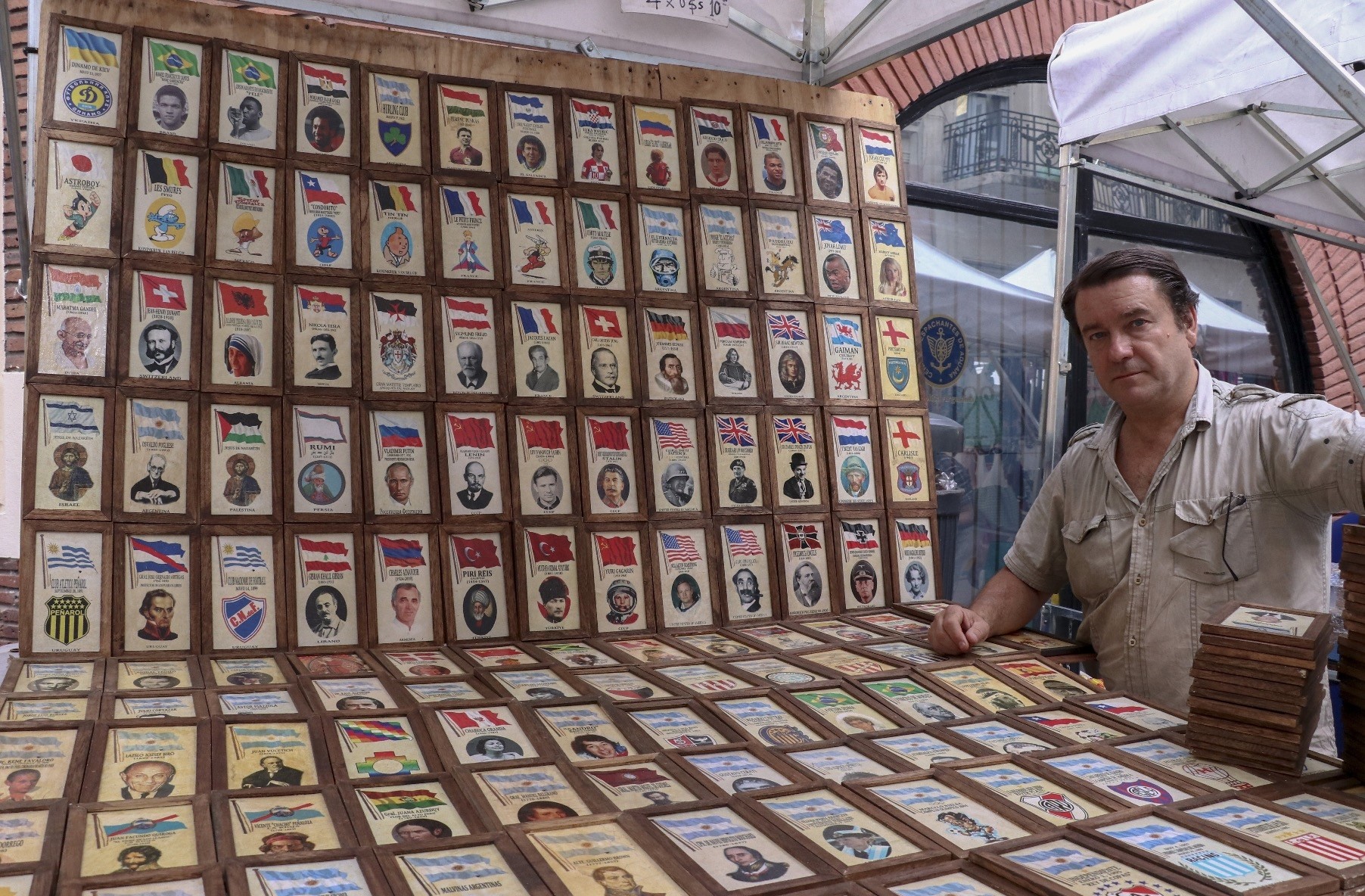 A seller beside his booth where he displays old photographs of influential people and various flags.
by Anadolu Agency Jan 24, 2019 12:03 am

The San Telmo Fair in the capital Buenos Aires' historical San Telmo neighborhood is the main touristic attraction of the city with its cultural events, handicrafts and souvenirs

The San Telmo Fair, organized in the capital city of Argentina, hosts many local and foreign tourists with its cultural events in addition to various kinds of antiques and handicrafts.

Named after the city's historical San Telmo neighborhood, the fair was opened in 1970 with only 30 booths. Today, there are hand-made toys, miniatures, sections where street artists exhibit their paintings and photographs along with glasses of mate tea, which is often consumed in Argentina and Uruguay, at the fair, organized by the Museo de la Ciudad (City Museum).

As a part of the festival, tango dance shows, which are an important piece of Argentine culture, are performed at Dorrego Square. 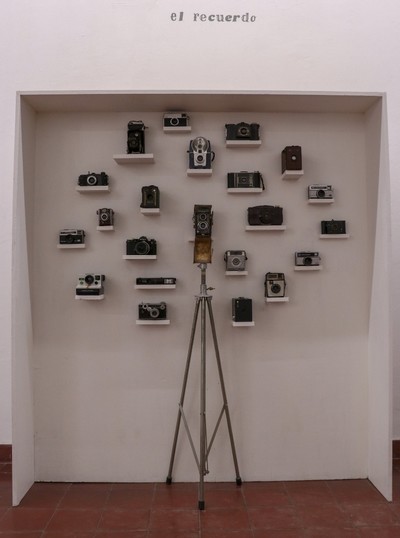 Old cameras on display at the "Memory" section.

In the fair, which is opened only on Sundays and comes to the forefront with its variety, not only Argentineans take part. Colombians present their coffees while Venezuelans offer their Arepa, a kind of bread made from corn flour and often consumed in South America, and Chicha, a drink like a cold type of salep, made from the dried tubers of wild orchids.

City Museum: A journey back in time

The City Museum in the street of the fair has been welcoming its visitors with various different works for 50 years. One of the features of the museum, where multiple goods belonging to the city's history are exhibited in a small area, is that the works are changed here. Instead of exhibiting the same works, goods that were used in the past but are not used today are changed periodically. These antique goods on display at the museum were used in the 1970s-1980s and now bring visitors back to the past.

In the section organized under the title of "Memory," there are old cameras while old home phones are on display in the "Conversation" section. In the "Journey" section, the nostalgic images created by old suitcases remind visitors of old times. Besides for these, many objects including old scales, dolls, paintings, street lamps and plates are on display at the museum.

Guide Carlos Arias implied that the museum is visited in the fair days most, and 1,000 people are welcomed in this period on average.

'Do not steal, do not lie and do not be lazy'

Dealing with plastic arts for 20 years, Jhonny Blanco exhibits the works that he prepared inspired by Tiwanaku culture dating back to long before the Inca Civilization in Bolivia at San Telmo Fair. Blanco aims though his work to introduce and give a voice to the archaic and mystical Tiwanaku culture.

Explaining the colors he uses in his work represent the culture of the civilizations established on the Andes Mountains and the surrounding regions, Blanco said, "I drew three figures sometimes because there are three important expressions in my country, Bolivia: 'Ama Sua, Ama Llulla y Ama Quella' ('Do not steal, do not lie and do not be lazy'). These figures represent these pieces of advice."

These three expressions, which are in the Bolivian constitution and part of the heritage from the local culture, entered into the principles of the United Nations in 2015.

Blanco explained his reason for performing his art in the streets: "I am in the street because I think art should reach not only people who go to an art gallery and go shopping but also the whole world. Art should be for everyone regardless of money. I have visited many European countries and worked on the streets. The streets taught me a lot. I, therefore, am happy."

Venezuelan Alfredo Burgos, who came to Argentina two years ago, sells about the traditional chicha drink of Venezuela, touring around on his bike at the San Telmo Fair.

Studying economics in his country and aiming to start his own business, Burgos said, "I thought to prepare and sell chica after working in various jobs in Argentina. I was selling it by walking first. Now, I am selling it riding on my bike. Besides, there are many other people selling chica."

Implying that he sells chicha in many neighborhoods of Buenos Aires, Burgos mentioned that the San Telmo Fair is a chance for him, and that the tourists particularly like chicha.

He added that chicha is prepared with milk, sugar, vanilla, rice or noodles.

It tastes like rice pudding and people drink it to cool down during hot weather.