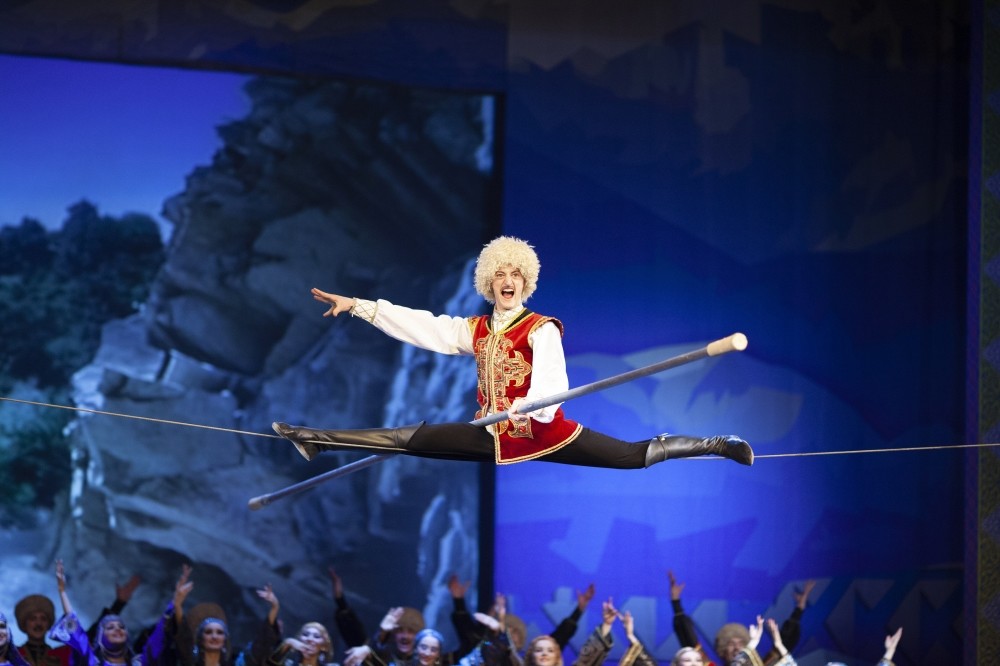 The program, where sword dances, acrobatic shows, magical music and drum performances will take place, will start at 8 p.m. and will continue for one-and-a-half hours. The ensemble will present this special show for the first time in Turkey because of the 2019 Culture and Tourism agreement signed between Turkey and Russia.

Lezginka includes 45 dancers who hold the title of state artists. With more than 100 dance performances, the community includes the folklore of the North Caucasian and Russian peoples along with Dagestan, featuring 33 ethnicities.

The Dagestan State Academic Folk Dances Ensemble was founded under the name of Lezginka in 1958. While Canbolat Magomedov, a culture laborer who holds the honorary award of the Russian Federation, has been the head of the ensemble since 1993, the artistic director is Zalimhan Hangereyev, the honorary artist of the Russian Federation. The representative of the ensemble to Turkey is Gazi Aydemir, who is of Dagestani descent.

Since its establishment, Lezginka has performed in more than 80 countries on five continents, including the U.S., Australia, Japan, Spain, Italy, France, Portugal, Germany, China, Vietnam, Egypt and New Zealand. With over 5,000 shows on the stage, the ensemble has reached more than 30 million spectators. Moreover, the ensemble won more than 50 awards in the world's best-known professional dance festivals and competitions.