Thrill and comedy to meet in capital Ankara with 'Sleuth' 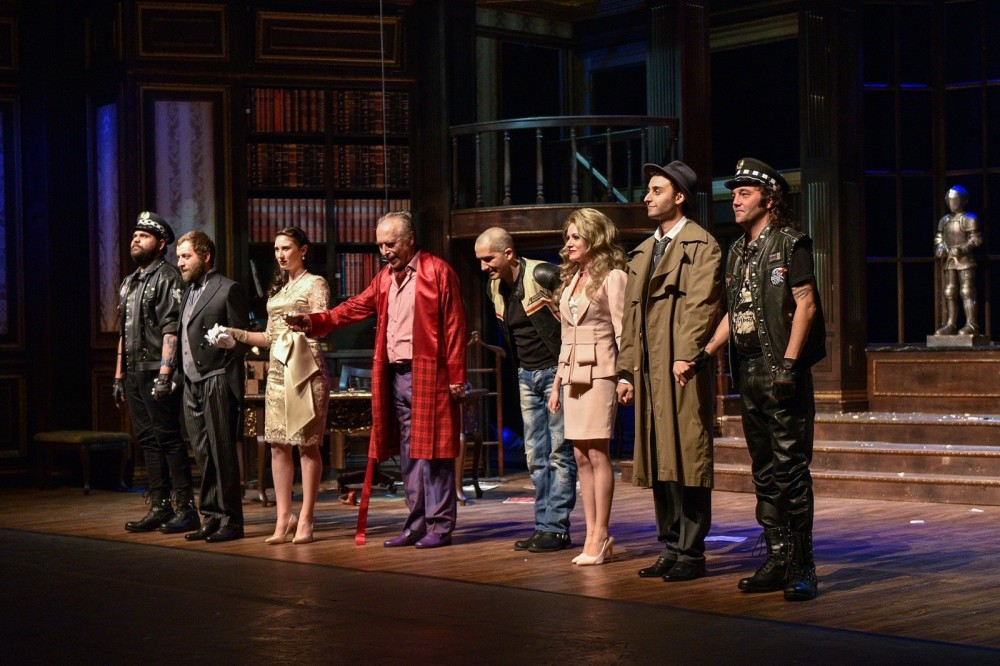 The conflict between a smart, rich writer who boasts being British and an Italian immigrant who falls in love with the ex-wife of this writer is depicted in the play.
by Anadolu Agency
Jan 31, 2019 12:07 am

The State Theaters (DT) will stage British theater writer Anthony Shaffer's award-winning play titled "Sleuth," which has been adapted to the silver screen many times.

The plot begins when crime and thriller novel writer Andrew Wyke invites Milo Tindle, who is the boyfriend of his ex-wife, to his home in order to make a deal with him, the play features both thriller and comedy elements. It will premiere at Akün Stage in the capital Ankara.

Director Gökhan Kocaoğlu spoke to Anadolu Agency and said that the play will be performed by the Ankara State Theater. 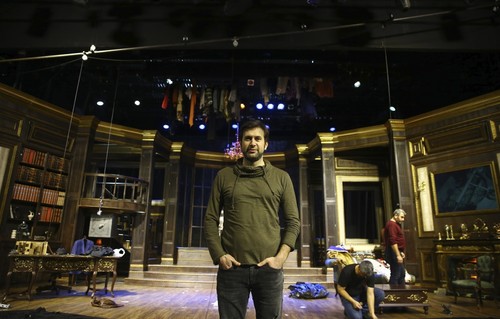 Noting that this play, which has won the Tony Award, the most prestigious theater awards in the U.S., is still staged for theater buffs in London and Broadway in intervals, Kocaoğlu said, "We are so lucky that we will be among the hundreds of people who have a chance to see this play in the world. The play is a crime, comedy and thriller story. It also features drama. It will surprise spectators with its directing, casting and story."

Stressing that he was very excited when he first read the script, Kocaoğlu said that they feel the same excitement while performing the work.

Featuring many details like the political structure and relationship between the sexes, the work still seems relevant despite being written in the 1970s. Kocaoğlu said, "The play also touches on the immigrant problem, a subject very much relevant in the world today. It is also a good critical example of the immigrant problem and Brexit, the period of leaving the European Union in the U.K. In this context, the relationship between British writer Andrew Wyke and an Italian migrant is told elaborately. It is so clear that the conflict between them shows resembles present time. Surely, this is not the only subject that the play wants to emphasize on."

Decor of mobile goods to mesmerize

Speaking of the plot Kocaoğlu said that the conflict between a smart, rich writer who boasts of being British and an Italian immigrant who falls in love with the ex-wife of this writer is presented.

"In the play it reflects on the fact that you can live under the same roof no matter what nationality, race or culture you are from," he said. Stating that they aim to impress spectators with surprising stage design and attention-grabbing songs, the director added that they turned the mansion of Wyke, where the story takes place, into a mesmerizing decor for people."

He continued, "As the events develop, the mansion becomes more mysterious and you watch the set decoration change. I think the mobile sets will mesmerize spectators."

Reporting that the soundtrack of the play was by Selçuk Yılmaz, Kocaoğlu also mentioned that they paid special attention to create a musical perception invoking thriller and comedy elements.

"The play's structure is between fiction and reality. We did the stage management with this in mind. Nusret Şenay and Cüneyt Mete, two important actors of the Ankara State Theater, play the lead roles. We present the play to the spectators with a system that arouses interest and aims to create new excitement, removing boundaries," he added.

The decor designer of the two-act "Sleuth" is Selim Cinisli while the costume designer is Medine Yavuz Almaç and light designer is Yüksel Aymaz.