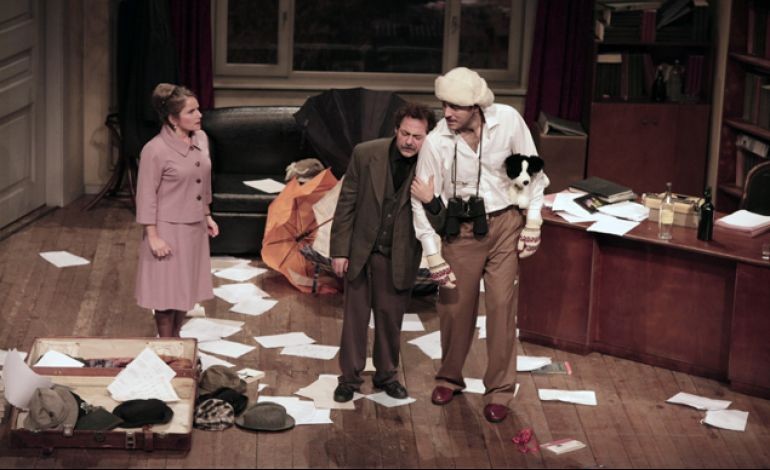 The gathering's first week has been deemed the week of directors and will open with Işıl Kasapoğlu's "Profesyonel" (Professional), which is staged by the Istanbul State Theater and has been sold out for eight seasons on the trot.

The next guest of the gatherings will be the play "Kör Baykuş" (Blind Owl), directed by Işıl Kasapoğlu and starring Sermet Yeşil alone, adapted for the stage from the novel of Sâdık Hidâyet. The gatherings shall continue with "Meçhul Paşa" (Unknown Pasha) staged by Tiyatroadam on Feb. 18 and with "Yüzleşme" (Confrontation) staged by the Duru Theater on Feb. 26.

The ENKA Culture and Art Theater Gatherings will continue with "1984-Grand Custody" of Perdeci Oyuncular - an Aysa Production - on March 5 and with the dance show "disLOCATION choreographed by Gizem Bilgen on March 9.

On March 27, World Theater Day this year, the stage again will host experienced theater musician Çiğdem Erken and her orchestra along with other famous artists. "Sahnelerden Aşk Şarkıları" (Love Songs from Stages), organized with a special production by Çiğdem Erken and ENKA Culture and Arts for the fifth time, will welcome surprise names and famous artists.

Turning the spring months into a feast of theater, "Kıyı" (Shore) staged by Moda Stage on April 2, Talimhane Theater's "Zebercet" (Chrysolite) on April 8, "Persona" of Tiyatro Öteki Hayatlar on April 10, "Tırnak İçinde Hizmetçiler" (Maids within Quotation Marks) performed by Tiyatro Hemhal on April 10 and "Merhaba" (Hello) of Dostlar Theater on April 15 will be the guests of this program.

The most beautiful melodies

The theater gatherings have not forgotten children and will host "Neşeli Pazarlar" (Cheerful Sundays), including the "Music Orchestra for Peace," on March 3. All events will be held at 8:30 p.m. at the ENKA Auditorium and the Music for Peace concert will be at 11:30 a.m.