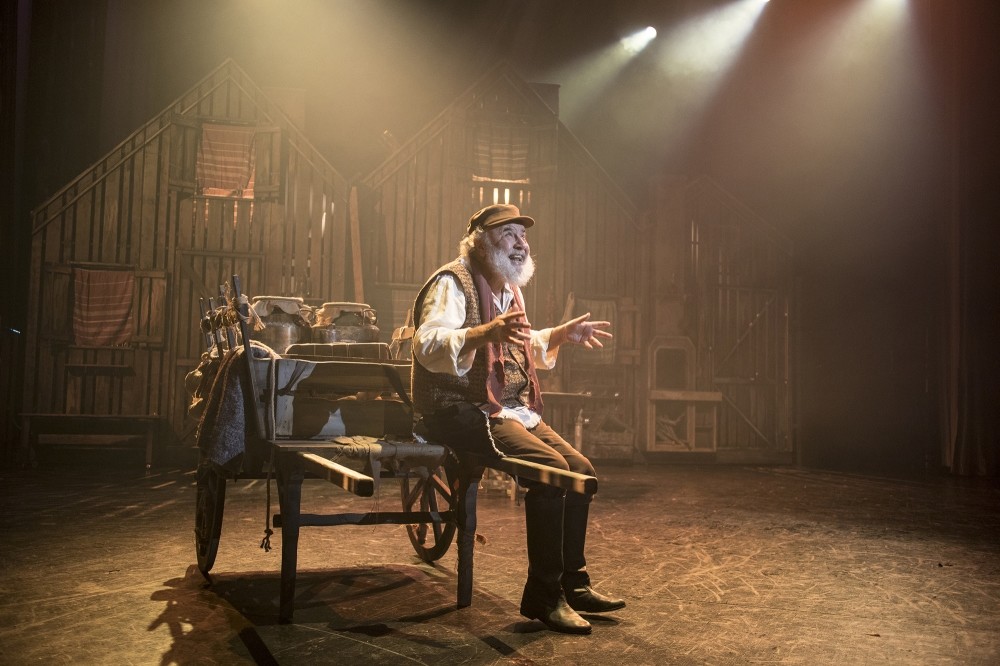 From jazz performances to stand-up shows, Zorlu Performing Arts Center will be the address for various cultural events to complete an artful February

Zorlu PSM (Performing Arts Center) salutes art lovers with a full program that will last until the end of February. The musical "Alice" goes will be on the Turkcell Stage. "La Verite" ("The Truth") and "Fiddler on the Roof," both popular productions by PSM, will continue to entertain theater lovers.

Zorlu PSM's brand new club Touche, which attracted a great deal of attention in culture and arts circles, hosts the Kerem Görsev Trio and Allan Harris, in addition to Piatango and Selmin Artemiz as part of the Garanti Jazz Green Concerts.

While Vestel Gururla Yerli Concerts hosts Jehan Barbur with her fantastic rendition this week, Boys Noize, who is among the most prestigious DJs in the world, will be on the Turkcell stage. The Turkcell Platinum Stage presents Fahir Atakoğlu, one of the most popular pianists in the world, and Eda Karaytuğ, who will give a concert under the context of Hoş Sada. When it comes to Studio's program, Hooverphonic will be on the stage three nights in a row with unforgettable performances.

Written by Lewis Caroll and translated into 174 languages up until now, "Alice in Wonderland" is a unique literary piece. As a contemporary musical adaptation and a co-production by BKM, Zorlu PSM and ID, "Alice" salutes spectators at the Turkcell stage of Zorlu PSM on Feb. 26-28.

Directed by Serdar Biliş, the musical's choreography was created by Beyhan Murphy. The musical stars Serenay Sarıkaya as "Alice," Ezgi Mola as "The Queen," Enis Arıkan as "the Rabbit," Merve Dizdar as "the cat," İbrahim Selim as "the King" and Şükrü Özyıldız as "the Mad Hatter."

Staged in cooperation with Zorlu PSM and Talimhane Theater, "La Verite" ("The Truth") goes on saluting spectators with an unforgettable performance tomorrow. The play is directed by Mehmet Ergen.

'Fiddler on the Roof'

One of the 15 plays that were staged longest on Broadway, the "Fiddler on the Roof" musical goes on saluting spectators on Feb. 28 and March 1. Produced by Zorlu PSM in cooperation with Talimhane Theater, the popular musical co-stars esteemed actress Binnur Kaya and Mehmet Ali Kaptanlar, who is one of the leading figures of Turkish State Theaters, in addition to a crowded cast.

Touche, the new venue of Zorlu PSM, hosts jazz stars. Kerem Görsev, one of the leading jazz pianists in Turkey will take the stage with the trio including Ferit Odman (on drums), Kağan Yıldız (on contrabass) and Allan Harris, who is one of the strongest vocalists in the U.S. on Feb. 22-23.

Famous pianist and composer Fahir Atakoğlu, whose success was registered with several international awards, will be at the Zorlu PSM Turkcell Platinum Stage on Feb. 27. Harmonizing various music genres while establishing an impressive bond with Turkey at the same time, Atakoğlu attracts a great deal of attention especially with his symphonic work and film music. Atakoğlu, who became a popular figure for music festivals in Europe and the U.S., will be in Istanbul this time.

Boys Noize, the wizard DJ of Berlin, will be at Zorlu PSM on Feb. 23 with an artsy performance. Among the most acclaimed DJs in the world with his strong stage performances and high energy, Boys Noize has cooperated with legends such as Depeche Mode and Daft Punk before. Now, he is ready to turn the Turkcell stage into a dance floor. On the same night, Boys Noize will be accompanied by Lousiahhh - one of the rising figures of techno - and Raito, one of the latest discoveries of Deniz Kabu.

As part of the "Hoş Sada" series, Zorlu PSM hosts famous figures in Turkish classical music and Turkish folk music. Hoş Sada, which presents a different soloist with a gorgeous orchestra every week, will take the stage with Eda Karaytuğ on Feb. 24.

Jehan Barbur, one of the unique figures in the world of music, sustains the tradition of contemporary female bards with her strong renditions. Within the context of "Vestel Gururla Yerli," Barbur will take stage at Zorlu PSM on Feb. 26. The artist, who captured the art world with her fantastic voice, will meet her fans on the Turkcell Platinum Stage.

Founded with an inspiration by Astor Piazzola, the creator of modern Argentine tango, Piatango renders tango music with an extraordinary and brand new approach. In accompany of soloist Selmin Artemiz, Piatango will be at Touche on Feb. 27 as part of Garanti Jazz. With its style that harmonizes classical tango melodies with ethnic and modern sounds, Piatango is getting ready to offer a distinctive feast of music. 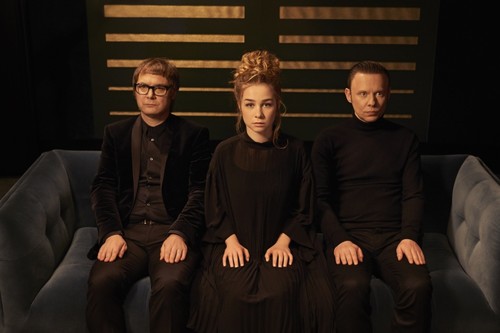 Making a name for itself with their vivacious and flexible sounds that they contributed to trip-hop in the mid '90s, the Belgian band Hooverphonic will be in Turkey after an eight-year hiatus. Founded by Alex Callier and Raymond Geerts in 1995, the band released blockbuster masterpieces such as "Mad About You," "Eden" and "Amalfi" throughout their 23-year career. Hooverphonic, which gained worldwide fame when their piece "2 Wicky" was used in Bernardo Betrolucci's film "Stealing Beauty," will take the stage of Studio with successive performances on Feb. 27 and Feb. 28.