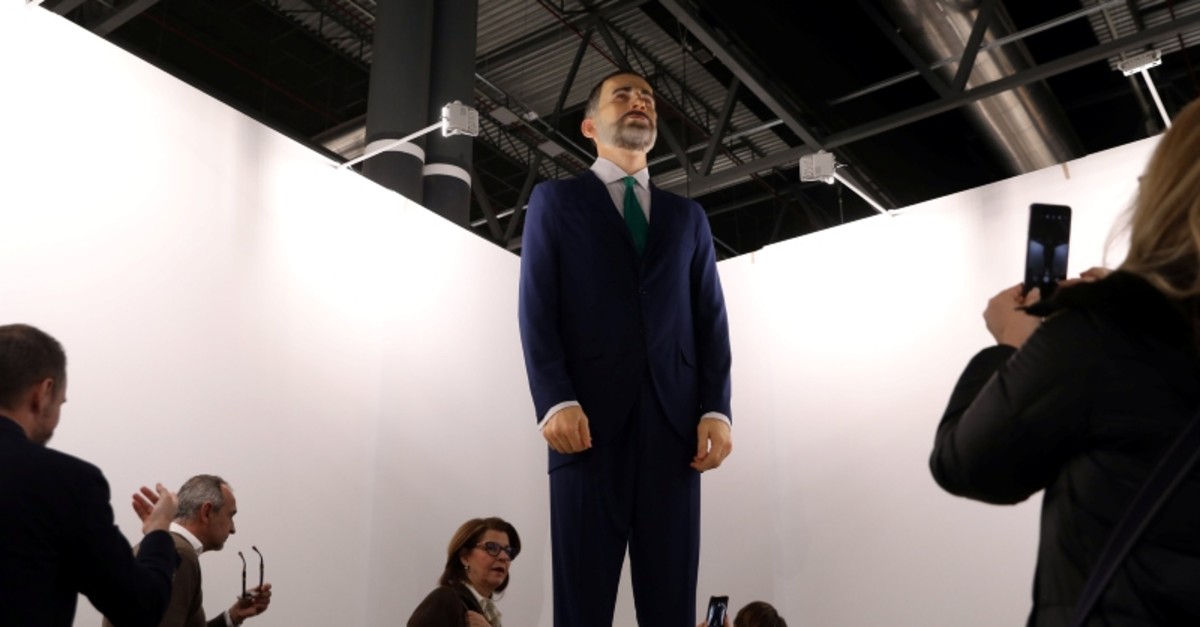 Made of wood and wax, the statue called "Ninot", the name given to puppets burnt in traditional festivities in the city of Valencia, that depicts the 51-year-old king in a navy blue suit and tie, is on display at the ARCO art fair in Madrid.

The sales agreement has a special requirement: the buyer must burn the artwork within a year and film it as a performance.

"You are not buying an object, but a process", said a spokesman for Prometeo, the Italian gallery selling the work by a pair of Spanish artists, Santiago Sierra and Eugenio Merino.

After being burnt down, the only thing left of the statue would be a skull, the spokesman said.

The "Ninot" project comes after the painting by British graffiti artist Banksy "Girl with Balloon" shredded itself seconds after being sold at auction - only to then increase in value.

"I see this as a performance. It's like Bansky," said art collector Nena von Stumm, visiting the art fair.

"I cannot see this as a stupidity, I see it as a performance and something that nowadays is valid in art."

Sierra's show at ARCO last year, "Political Prisoners in Contemporary Spain", which featured photographs of jailed Catalan politicians, was withdrawn from the art fair and became the centre of a censorship row.

He could well attract similar controversy this year with the statue of the king.

The European Court of Human Rights last year ruled against Spain for jailing two activists for burning pictures of former king Juan Carlos, Felipe's father, in 2007. Spanish courts have since taken a softer approach, seeing such acts as a form of political expression.

Kings Felipe and his wife Letizia inaugurated ARCO on Thursday but did not view "Ninot", a spokeswoman for the art fair said. ($1 = 0.8782 euros) (Reporting by Sabela Ojea and Blanca Rodríguez Writing by Blanca Rodríguez Editing by Ingrid Melander and Robin Pomeroy)