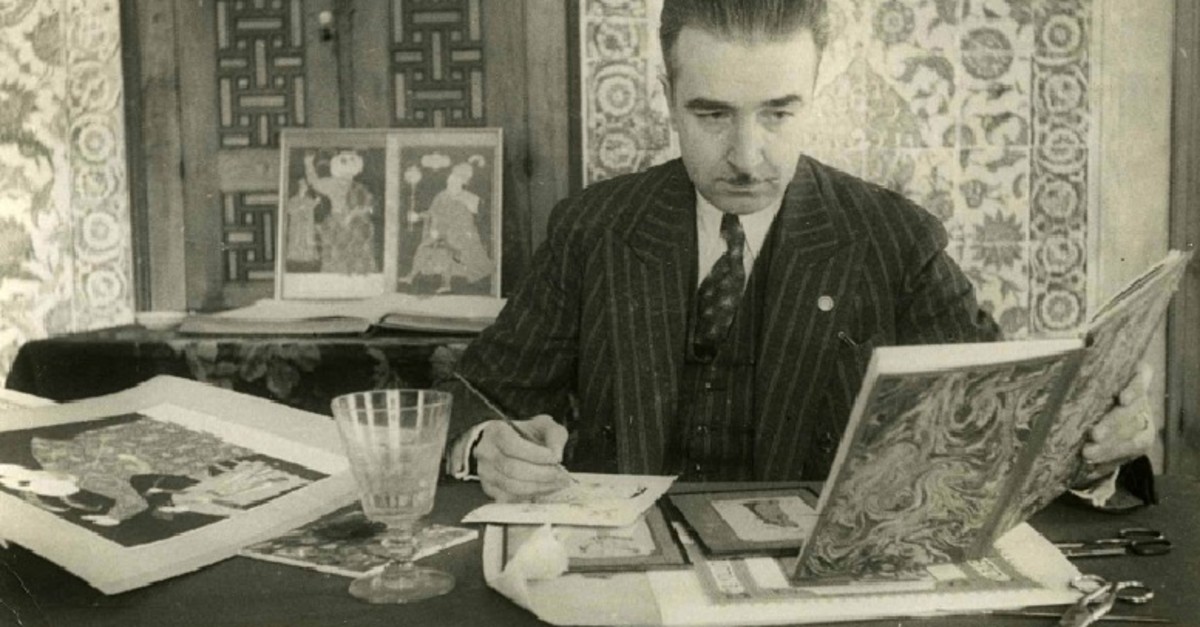 Su00fcheyl u00dcnver was a physician, medical historian, archivist, miniaturist and calligraphy artist among other things.
by İREM YAŞAR Feb 28, 2019 12:26 am

While looking for a film to watch, I always see lists like "50 Films to See Before You Die," "Must-See Films" or "Best Movies of All Time." However, I have recognized that, when I search for a documentary, this changes to "Life-Changing Documentaries" or "50 Documentaries that will Change Your Life." This reason maybe documentaries present reality from the reel. They offer narrations that help us experience epiphanies in our lives.

Like other films, documentaries can cover different subjects. However, I prefer those that talk about an important event or figure and find it exciting to learn something new about them. To realize something important and to notice the elephant in the room are the basic reasons for me to find documentaries attractive. All in all, it is clear that documentaries are significant movie genres.

Now, I will introduce a new documentary that talks about the life of a Turkish polymath. "Uluğbeyler Süheyl Ünver," directed by Istanbul University's (IU) Faculty of Communication assistant professor Mesut Aytekin, is an impassioned feature documentary on the life of distinguished professor Ahmet Süheyl Ünver.

The Uluğbeyler documentary series, carried out by the Kültür Ocağı Foundation (KOCAV), tells the stories of important figures that have left a mark on Turkish science, culture and the art world. The series has featured academician-writer Turan Yazgan and professor Emin Işık in the past. Its newest edition introduces Süheyl Ünver to spectators.

INTO THE POLYMATH'S LIFE

A graduate of the Mekteb-i Tıbbiye-i Şahane, or the Imperial School of Medicine, Ünver is a prominent Turkish figure in the science and art world. He is known as the founder and director of the Institute of Medical History within the body of Istanbul University's Faculty of Medicine. He gave lectures in the school and became a professor in 1939. Then, he became a distinguished professor in 1954. Along with his success in academics at the medical faculty, he never stopped caring about fine arts, to which he was deeply attached.

I was intrigued and astonished by both his success in the science world and his bond with the arts while watching the polymath's story in the documentary. I could not stop thinking about how an individual could be so successful in medicine and deal with art so enthusiastically at the same time. The more I watched the documentary, the more I learned about him. Ünver was such a hardworking individual that he even had very limited sleeping hours. For him, inactive people have no life. He always said to his students, "Rest means changing your activity."

From the beginning of the production, it was evident that I was watching a smart man's life. He passed the boundaries of Turkey and became a visiting professor in the U.S. in 1958-1959. However, the most touching and poignant part for me was his works of art in the documentary. As a grandson of a calligrapher, he was actually born into art. He learned illumination from Nuri Bey of Yeniköy, marbling from Necmeddin Okyay and calligraphy from his brother-in-law Hasan Rıza Efendi. But he was affected by Hoca Ali Rıza Efendi, from whom he learned how to paint. Ünver's daughter Gülbün Mesara says in the documentary that her father and Hoca Ali Rıza Efendi were like father and son. They created sketches and watercolor paintings of Istanbul's various districts and buildings together.

With impressive forethought, he was trying to transfer Turkish art and culture to the next generation. His 19-year service as a miniature trainer at the Fine Arts Academy is a great example of this. Therefore, he also regarded his Istanbul paintings as historical documentation and tried to paint significant spots in the city as much as he could.

Ünver did not confine himself to these works and used the Institute of Medical History as a distinguished art center for many years. He taught the meaning, value and features of Turkish decorating arts to his students there. The distinguished professor, who produced many works as an artist, calligrapher and miniature artist, also published many books. A large number of people still benefit from his writings and paintings. I remember that one of the interviewees said in the documentary that even the golden decor of the Tiled Kiosk, which is a pavilion set within the outer walls of Topkapı Palace, was restored and renovated in line with Ünver's previous paintings.

I have to say, the production was a success in terms of its subject. However, it was also catchy and intriguing in terms of the footage. The portrayal of one day from the young Süheyl Ünver's life was a nice break for spectators between the commentaries of the interviewees. In documentaries, it can be boring for spectators to watch extended informative parts like interviews. I think this is one of the most important reasons why interactive documentaries have gained popularity as alternatives to the traditional presentation. When I look at "Uluğbeyler Süheyl Ünver," the balance and transition between the scenes of interviews and Ünver's impersonation were impressive.

Aytekin said they wanted to introduce Süheyl Ünver, who is a really precious figure for both Turkey and world, with this documentary. Highlighting that the documentary is supported by the Ministry of Culture and Tourism General Directorate of Tourism, he remarked that Turkish decorative arts were reborn through the efforts of Ünver. He also reminded viewers that Ünver was a winner of Presidential Culture and Art Awards Grand Prize in 2016 and was described as the one who combined the zest of Sufism with the sensibility of mind, heart and delight.