Flies around a singing kebab slice in Amsterdam 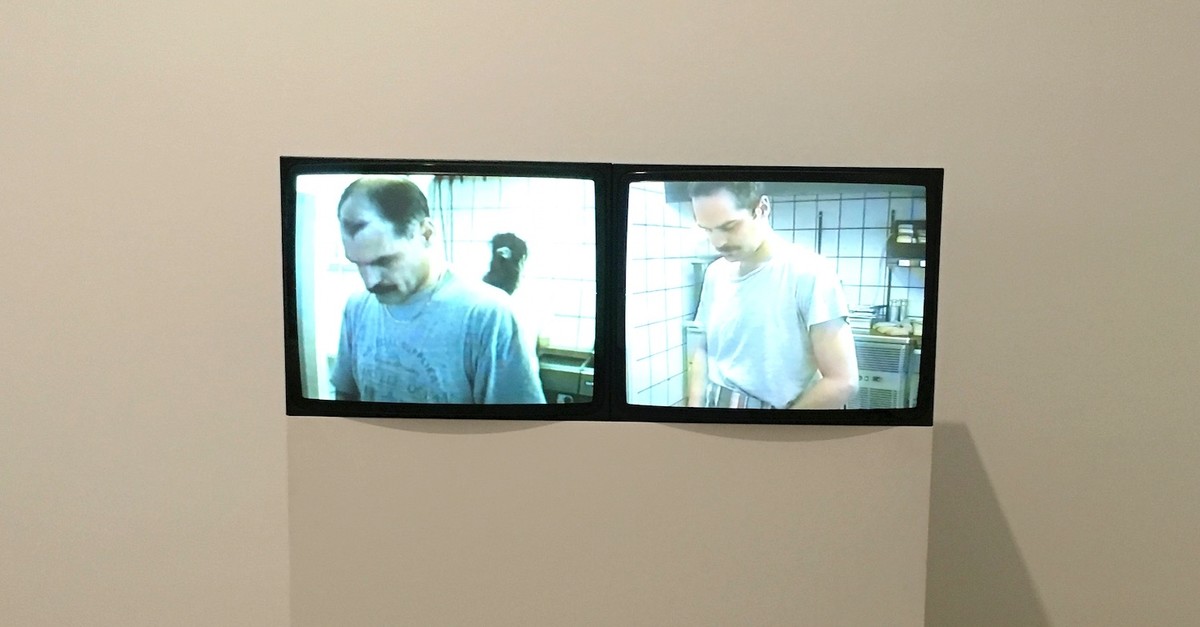 Stedelijk Museum Amsterdam features Pakistani Bashir Mahmood and Turkish-Danish Deniz Eroğlu in its latest group show, ‘Freedom of Movement,' which will be on display until March 17

Stedelijk Museum Amsterdam is hosting a group show titled "Freedom of Movement." The title of the show is also a phrase, which defines the right of a person to travel within a country, or to go abroad, whether as a refugee, immigrant, or holidaymaker. It is commonly used in a legal context to describe human and mobility rights as the exhibition catalog describes it. While the phrase often refers to physical movement, it can also be considered metaphorically in terms of social mobility. The privilege of being able to move freely in society is influenced by factors such as race, gender identity, ability, and sexuality.

The 20 participating artists of the exhibition have been chosen by the Stedelijk's American time-based media curator Karen Archery among 399 applications as a result of the open call related to the theme. Kate Cooper, Deniz Eroğlu, Bashir Mahmood, Daniella Dean, Sara Van Der Heide, Juan Arturo Garcia, Yael Bartana are some of the artists who are taking part at this group show in Amsterdam. The show can be visited until March 17 in the capital city of the Netherlands.

It has been a long time that I have written about exhibitions. It also is an interesting coincidence that I have been in Amsterdam for a visa application for my upcoming show in the U.K. just before in the midst of a possible "no-deal Brexit," which is going to change lots of core border issues in European Union's future. Having freedom of movement requires a privilege to travel; first having time and money and second having strong official documents to do that. While privilege is often discussed in terms of lack, it is equally – if not especially – important to consider how privilege shapes power structures.I would like to draw attention onto some of the artists, which I found most interesting for me in this group show. 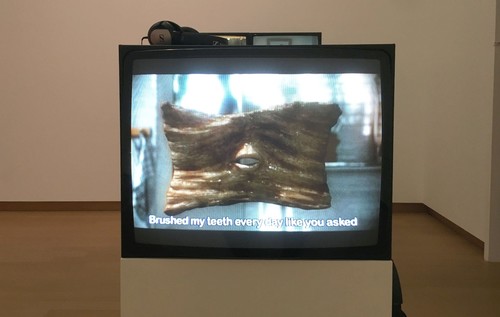 The first project I would like to mention is Pakistani artist Bashir Mahmood's immersive nine-minute video installation "Monument of Arrival and Return" (2016), which grabs your attention immediately when you enter the space; it invites you to sit on a couch and relax while watching the poetic still image alike moving images. Mahmood creates new and fresh images on how Pakistan has been seen stereotypically by the western mainstream media. Mahmood worked with a production company in his home country to film a group of porters who work at the Lahore railway station. These men, who have been called "coolies" since the era of British colonial rule, are easily recognizable on account of their bright orange uniforms. Of course, an orange uniform on a Middle Eastern looking man opens up different upsetting references, like the Guantanamo prison, but I do not think this is an intention of the artist.

In the film, in some shots, a fixed camera portrays individual porters standing motionlessly and staring into a distant sidelight that reminds me of the Golden Age portraiture. In some scenes, you don't realize that it is a moving image if there were no flies in the room. It is not my first encounter with Mahmood's works but it is an interesting continuation of how flies become part of his films. When you watch different films from the artist, you feel how he managed to cast flies in his films. However, perhaps every time it is just a natural phenomenon. His films open space for the spectators to get involved in what is shown on the screen. I find Bashir Mahmood's works quite strong in general; his approach to his main subjects is exceptional.

Another artist I would like to highlight is Deniz Eroğlu. A Turkish-Danish artist's work in this group show draws from personal history and the experiences of his family members. Eroğlu has an interest in the lives of outsiders on the margins of society and the glitches of the postmodern world in his artistic practice. One of his subjects reflects the pressure for migrants to be assimilated can produce feelings of alienation and shame. Eroğlu was born and raised in Denmark; he expresses his struggles to situate himself within a culture that is often persistent on his difference from Danish identity.

Eroğlu features two different video works. One is "Baba Diptych" (2016), which is a reenactment of the VHS footage of his father in his Kebap döner shop that was shot 20 years ago when the artist was adolescent in Denmark. The artist imitates his father's gestures and their identities interestingly begin to fuse. Even Eroğlu makes an important remark about becoming confused by the similarity between them, and sees the work as collapsing time and personal history by generating what he calls an endlessly looping "identity vortex."

Eroğlu's second work "Singing Baba & Singing Kebab" (2015) is a two-channel video installation. One side of the installation depicts a recording of Deniz's father singing in Turkish, the other screen placed on the opposite shows a 3D animated kebab slice singing in Danish. Kebab is sort of the stereotypical othering image that has been centered on Turkish identity in Europe. Calling the neo-Nazi (NSU) murders the "Kebab Murders" in Germany can seen example of this. The encounter with the other raises the stereotype. When we look at the meanings of the word in English, stereotype also means a metal printing plate for image production; in French cliché is the same object. It is a striking sign of the link between "visual and mental" images, brought by this significant encounter with "the other." As a result, the meanings loaded into otherness today exist in the very form of visual display that captures it; being seen, shown, exhibited, represented and exposed. Eroğlu's works deal with the representation of migrants and identity politics in a personal and humorous way, which is an essential concern to deal with in the current right-wing political atmosphere that is haunting Europe.