'All About Agnes' at Istanbul Modern 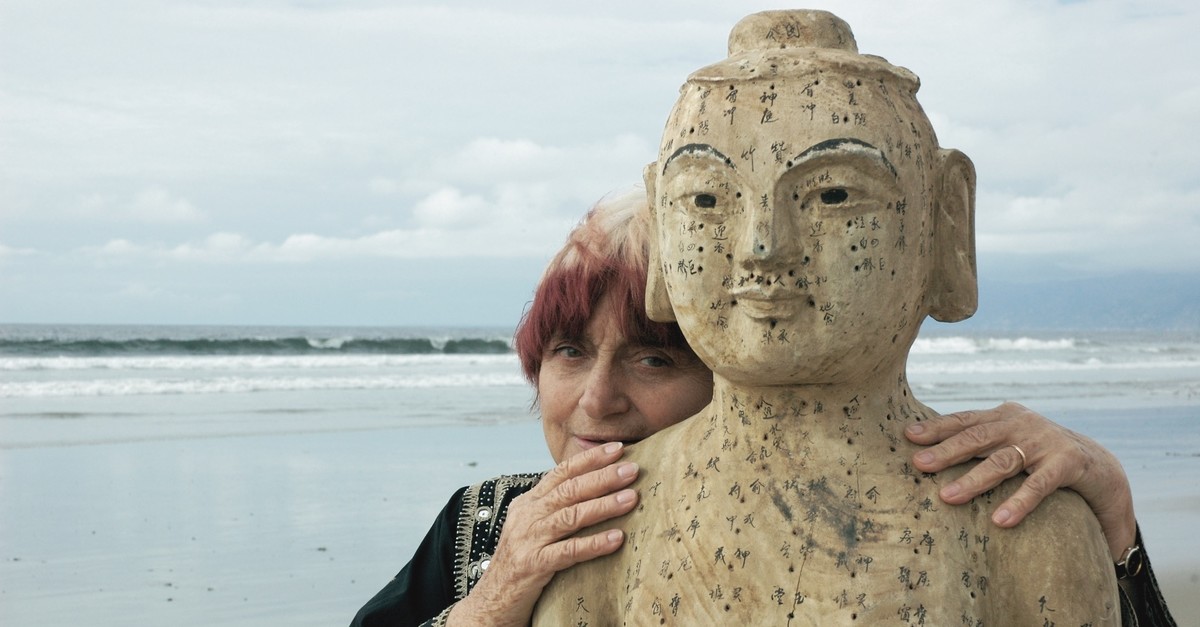 One of the leading representatives of the feminist movement in cinema, Agnes Varda's films are at Istanbul Modern Cinema with 33 screenings

Istanbul Modern Cinema's retrospective series that started with Michael Haneke and continued with Krzysztof Kieslowski, Chantal Akerman and François Ozon is now focusing on Agnes Varda in its fifth run. The most comprehensive screening of Varda so far, the "All About Agnes" program will welcome art lovers between March 7 and 24. Defining herself as "creator-witness," almost the whole filmography of the director, who constantly improves herself, Varda is one of the pioneers of the French New Wave movement. A total of 19 feature-length and 14 short movies of hers will be screened during the program. Here are some films in the program:

Shot by Varda at the age of 26, "Parallel Lives" is deemed a pioneer of the French New Wave. It focuses on two different stories that take place in a fishing town called La Pointe-Courte. While one story focuses on the daily problems of the fishing town, the other follows the relationships, which juxtapose the daily troubles and the conversations of a young couple chatting about life with the exquisite visual touch of the director's past as a photographer.

One of the favorite movies of Varda, "Cleo from 5 to 7" is also one of the most important films of the French New Wave. The movie never gets old and is about the two hours real-time of young and beautiful singer Cleo after she finds out that she has cancer. When the last card on her fortune points to death, Cleo is devastated. She will get the results that night. Her life is turned upside down between 5 p.m. and 6:30 p.m. that day. Cleo is about to face the vulnerabilities of real life against beauty and love departing from her egocentrism, which she valued up until that day.

The third feature length movie and her first color movie, "Happiness" uses both colors, emphasizing the cinematic language and also the music of Mozart. The movie seems doubtfully simple at first, which is the main purpose. Young and handsome carpenter Francois leads a happy life with his wife and two children. He meets Emilie, working at the post office, and they fall in love. Francois loves both women and according to him, that only leads him to give more to his loved ones. But how will this affect Therese and Emilie?

The movie focuses on a fiction story, which resembles an improvisation about a week the composers of the musical "Hair," Gerome Ragni and James Rado and Andy Warhol's actress Viva spent at a house in Hollywood. The movie is accompanied by the TV footage of the famous assassins of the era and focuses on different experiences of the lives of Jim, Jerry and Viva.

This documentary is dedicated to Louis-Jacques-Mande Daguerre, a pioneer in the history of photography. The movie is set on a small part of Daguerre Street, neighboring Montparnasse in region 14 of Paris and focused on the relationships of Varda's friends and neighbors. The director tackles the daily relationships of different people established with the daily jobs they make a living from. Each person depicted in the movie gives different reactions to the existence of the camera.

The story revolves around the intersecting lives of two women, who are very different, set in the background of the 1970s France, when the women's movement gained momentum. Suzanne lives with a photographer who is the father of two young children. She finds out that she is pregnant with her third child, but she doesn't have the means to look after it. Pomme, who she meets at the same time, supports her during her abortion. Suzanne moves to her family's farm with her children years later. Pomme, who supports the women's movement with her songs moves to Iran. The different path they follow is not enough to separate these two women from each other.

Varda shot a documentary about murals adorning the walls of the city, when she returns to Los Angeles from France in 1979. These colorful murals, rich in topic, have become an area of expression for different communities living together. Acting like a narrator, a tour guide and a historian, Varda tries to capture the indescribable spirit of these artistic manifestations of this experience in the City of Angels in the late 1960s. She takes viewers on a unique journey with interviews with artists and the creators of these murals.

The title is a combination of "documentaire," documentary and "menteur" meaning foreigner in French. The movie is also known as "Documenteur: An Emotion Picture" as well. Varda shot this movie to be watched together with "Murals Murals." Moreover, "Documenteur" opens with the last scene of "Murals Murals." Emilie is a newly divorced French women trying to set up a life for her alone in Los Angeles with her young son. She tries to find a house while working as a typist for a filmmaker.

The movie starts with the death of a protagonist, like "Citizen Kane," proceeding through the testimonies of people who touched his life. A dead female body is found in the ditch one morning. The police cannot identify the poorly dressed young woman. Mona, born into a middle class family, starts working in an office as a secretary but starts hating her life and sets out on the road and tries to rid herself it. She lives like a hobo with a backpack, traveling with her tent. She doesn't care about anything but just moves forward.

According to Varda, the movie is a fictional family project accompanying Jane Birkin. Birkin, who accompanies her two real-life daughters, Charlotte Gainsbourg and Lou Doillon, plays Mary Jane, a single mother with two daughters. Mary Jane falls in love with Julien, the friend of one of her daughters who is played by Varda's son Mathieu Demy. But is this really love? Or is it the effort of a middle-aged lonely woman trying to turn back time?

This is an "imaginary biography" according to Varda. Instead of getting stuck in a classic biography borders, the director applies a series of fantasy sequences. The movie focuses on the roles of the artists and their muse and Birkin takes on new characters throughout the movie. Each fantasy sequence in the movie is a reference to the real life periods of Birkin.

The movie depicts the life of legendary director Jacques Demy, known for "Lola," "Umbrellas of Cherbourg" and "The Young Girls of Rochefort," set in the city of Nantes. Besides being an expose of Demy's life, the movie is Agnes Varda's love letter to her husband, whom she lost a few months after production.

After Jacques Demy passes away in 1991, Varda shot this movie as the 25th year celebration of Demy's "The Young Girls of Rochefort" by bringing together the main characters. The movie promoted with the sentence "The memory of happiness may be happiness itself" is the expression of Varda's love of her husband.

In this movie, in which Agnes Varda greets cinema and cinephiles with love and joy, Michel Piccoli plays Simon Cinema, a 100-year-old eccentric cinema buff, who lives in a flamboyant house covered with movie posters and reminders of the history of cinema. Simon hires a young film student to visit her for 101 days to help him record his memories. Then, the movie takes us on a breathtaking journey about Simon Cinema's memories of cinema.

"After having made a film about Jacques' childhood ("Jacquot de Nantes") (1991), my intention was to make as objective a documentary as possible about the filmmaker Jacques Demy. I was able to obtain a number of personal testimonies." This is how Varda describes "The World of Jacques Demy."

Varda traveled throughout France to shoot this movie by meeting with gleaners, collectors and inventors, and it depicts people who collect what others have left due to either needs or by chance. In this world we deem weird or needy, the world we pity is full of surprises and is interesting. Thinking that filming is an act of gathering, Varda reminds us that there is no age of curiosity with this movie.

"If you look carefully within people, you find landscapes there. When it comes to me, if they were to open me up, they would find beaches." This is how Agnès Varda describes herself. Varda returns to the beaches that form part of her life and offers her own movies, images and interviews.

This is a unique collaboration movie; a special encounter: the co-project movie of Varda and French street artist and photographer JR. 90-year-old Varda, who has been producing movies, photography, installations and sculptures for more than 60 years, visits the villages of France with the young J.R. The duo chat, take photos, exhibit these photos and try to get to know each other better in the meantime.

The movie, which premiered at Berlin Film Festival two weeks ago, is a self-critizing, cynical autobiography, like "The Beaches of Agnes." Varda re-edits her own interviews and movies, combining them with images from a newly revealed photography album and takes a look at her incredible life and career. She discusses her fears and weaknesses and also returns to her memories of Paris and Los Angeles.