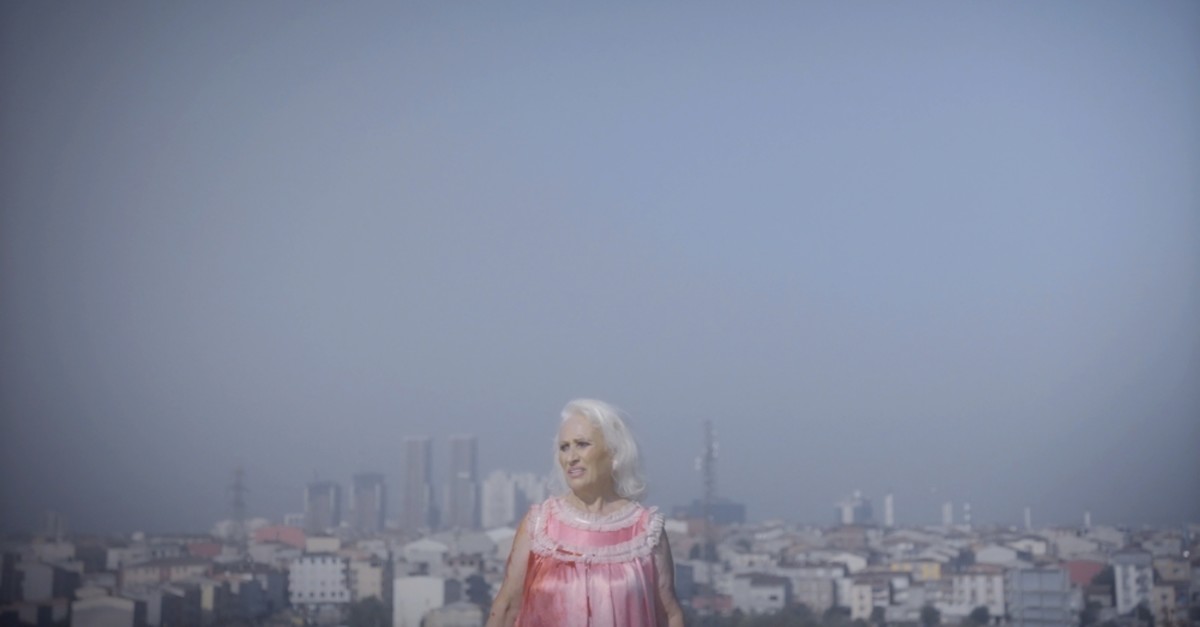 For those interested in seeing short and feature films directed by women, Pera Film will offer a comprehensive selection of movies that will screen from March 8-30

Tomorrow is International Women's Day. Art institutions, galleries and museums are offering events specifically designed for female visitors. Among them is Pera Film's screening program titled "Shifting Perspectives," a selection of short films directed by women. The selection presents the latest productions of 18 women directors, including those leaving their marks in cinema history as well as younger directors who shone with their first movies. The categories for the program will include: "Seven Women, Seven Sins," "Shorts from the World" and "Shorts from Turkey." The program will be offered at the Pera Museum between March 8 and 30 free of charge. The museum will also open its doors to all visitors free of charge on Women's Day.

Every director had the freedom to make a film from the sin that they wanted. The modern views of the directors differ from each other from absurd ideas to funny, outrageous ideas. The final film also reflects this variety. It comprises of varying tones from fictional narrative to experimental video and from musical to radical documentary.

Directed by Pınar Yorgancıoğlu, "Nebile Hanım'ın Solucan Deliği" ("Mrs. Nebile's Wormhole") tells the story of a middle-aged Turkish housewife. Bored with her own domestic routine in southern Germany, she starts to dig a secret tunnel into the house next door.

Ayris Alptekin's "Kot Farkı" ("Ground Level") brings a woman named Sevim to the silver screen. "Is it beyond ethical boundaries or a legitimate right to demand one's salary during a funeral?" This is a vital question for Sevim. The old lady whom Sevim nursed has died. Although Sevim is quite sad, she has to demand her already late salary. While she is disturbed by the ethical conflict of demanding her wage in a funeral home, eventually the issue becomes a huge incident for the upper-middle class family.

"Androktones," tells the Amazon female warrior myths in the Turkish language, through the contradicting words of a female and male narrator. The source of inspiration for the text is the historical works on Amazon myths, all of which were written by men. Set in a touristic Amazon theme park built in the Turkish Black Sea city of Samsun, the film questions how the historical legacy of the Amazons is still highly subjective, and how the suffocating patriarchal voice defies time, language or geography.

Directed by Berrak Çolak, "Nedret Bugün Kaybolur" ("Nedret Gets Lost for a Day") presents old and attractive Nedret. After the mysterious murder of her husband, she runs away from her cocoon, which is her home, and faces a journey of no return. Wearing a bloodied, pink satin nightgown she ramblingly passes by odd gazes calling out the name of another woman. As she gets closer to this woman that she is searching for, will she be able to find a reasonable answer to her questions?

In Gökçe Erdem's "Titanyum" ("Titanium"), a promising young female ice skater in Turkey of the 1900s needs to gain her self-confidence back in order to continue her challenging career.

In the "Shorts from the World" section, shorts directed by women directors from various countries will be offered to the taste of film lovers.

Directed by Renee Marie Petropoulos, "Tangles and Knots" tells the intimate bond between a mother from Sydney and her daughter. Their bond becomes threatened when the mother helps her teenage daughter throw a party.

In the film "III," a sudden meeting between a man and a woman triggers a hypnotic act. This is a game of pleasure and discomfort. Directed by Marta Pajek, the film is a portrait of a woman and a man, who are in a relationship which is both repulsive and attractive.

Film editors are powerful and usually invisible. Most editors in early films were women. The short documentary "After the Facts" looks at Esfir Shub (1894-1959), seen as the inventor of the remix film, and shows the groundbreaking work of women editors who profoundly influenced some of the masterpieces of cinema. It is directed by Karen Pearlman.

Directed by Nienke Dutz, "Bloeistraat 11" revolves around two best friends. They spend their last summer holiday of childhood amusing themselves around the house. Then, their bodies start to change, and their friendship becomes awkward. Puberty seems determined to interrupt their bond.

"Hector Malot: The Last Day of the Year," directed by Jacqueline Lentzou, attracts viewers with the portrayal of a woman in a car lightened by the moonlight, while the sun rises on New Year's Eve. The character Sofia has a dream that she tells no one; while walking in the desert she finds out she is sick.

"How Does It Start" is directed by Amber Sealey. The film is set in 1983 and 12-year-old Rain is curious about her sexuality. However, the problem is that she has no idea what it is. She tries to find her own way among her divorced parents without their help.