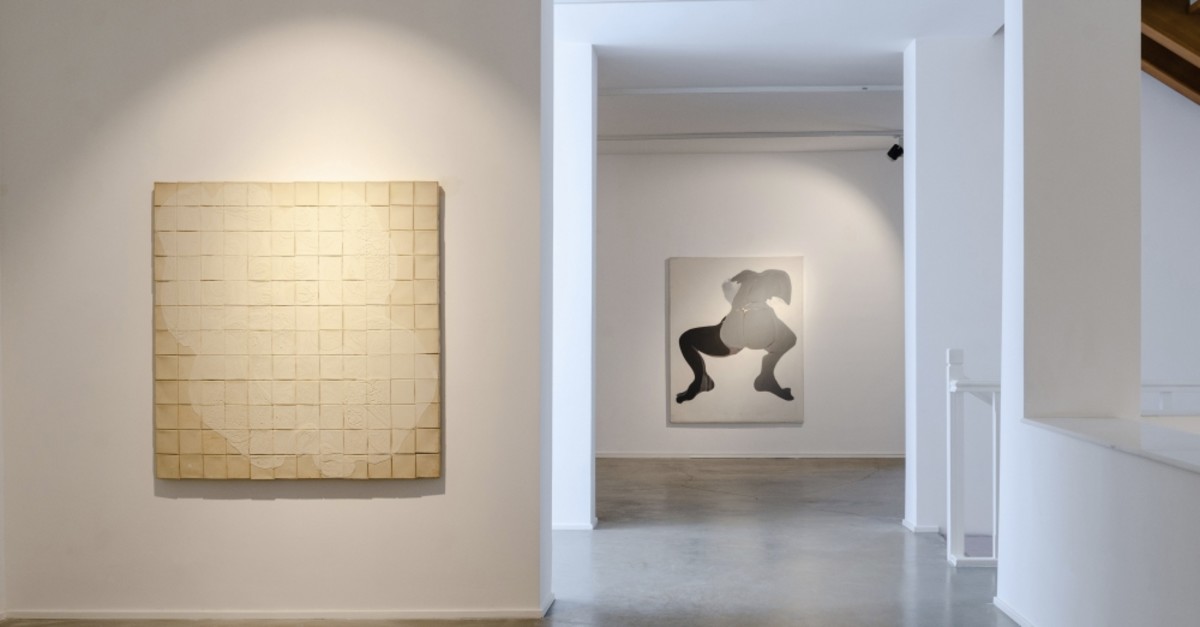 The exhibition is built upon the concept of "fugue," which derives from the Latin word "Fuga" meaning "to flee" or "to escape."

"Fugue" features the artworks of 16 artists, some of which are part of the museum's collection. The exhibition is open until July 14.

Fugue was used in the history of music for the first time during the 14th and 16th centuries. Fugue initially had similar features to canonic style and was used in various ways. It took on its current meaning in the 18th century. The technique reached its peak when J.S. Bach composed the "Art of Fugue" in the Baroque period. It eventually transcended music and influenced literature, prose, poetry and the visual arts.

In all of these fields, the fugal structure ensues from structural experiments and it has created a kind of dynamism. While the polyphonic structure of fugue created endless possibilities for musical and literary works. It has also left a mark on visual arts, especially upon abstract and semi-abstract artworks. The act of fleeing at the root of the word (Fuga) has caused the lexicalization of words like fugitive, refuge and refugee, to which different meanings were ascribed over time.

It started to indicate a temporal escape as well as holding rather spatial meanings: Unattainable, elusive, fugacity and ephemeral. When the dynamism and vitality of fugue in music began to merge with movement and fugacity, it evolved into one of the most important sources of inspiration in arts.