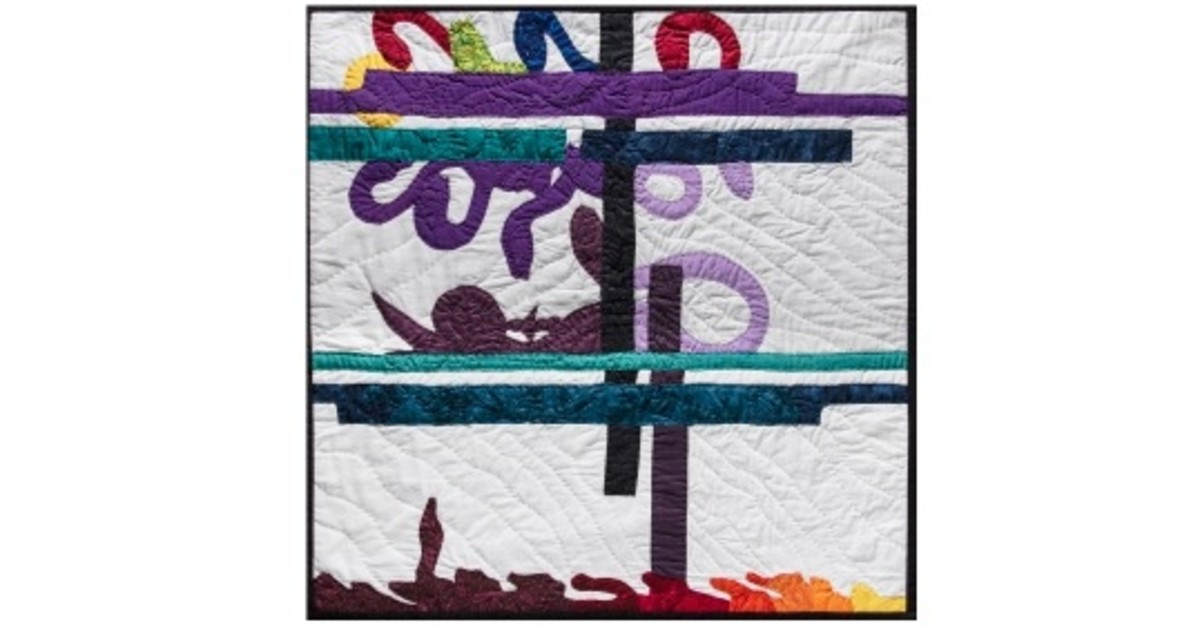 "Immortality of Time," an exhibition featuring Ahmet Güneştekin, will be hosted by Galerie Michael Schultz, starting on March 16. Planned to be held in Berlin, the exhibition consists of patchworks inspired by the relation between fabric, its ways of use and storytelling with myths.

Offering new insight to the mysterious power of fabric's use with an aim to expose how the layer of life reflects on the patch worked and narrative character of cultural myths, the exhibition will be open to visit until April 13.

Patchwork has been a kind of mother tongue, visual language and a culture peculiar to women. It is perceived as a medium that makes it possible for women to create work which tells about the reality of their life. This language is functional in terms of its visual expression and meaning. What's more, patchwork aesthetics, which comes into being in the aftermath of reuniting the thrown pieces, offers an alternative model of artistic creativity that will easy to be realized as part of daily routine.

Güneştekin's patchwork offers a new look to the practice which is traditionally associated with women. At the same time, the exhibition stands as a sign of respect for the tangible form of visual satisfaction. Color, pattern and the style are of top priority in patchwork. Fabric, sewing styles and regional differences are ignored. Within this context, the exhibition tries to redefine the aesthetics of patchwork language and develop its material.

Patch is a fragment. It is a fragility of integrity standing as a challenge against creative design or the mark of a lost one. When taken as the left piece, patch may symbolize tearing or breakdown. It may be defined with the faded glory of the lost and gone forever. However, as a piece, it also has the booming potential of the unexplored one. Reunion of pieces and regulation of the forms in accordance with a complex matrix, offer a depth and density as an alternative to development. The process of collecting temporary but exciting pieces in a form that can be taken as a narrative and uniting them, on the other hand, is peculiar to women.

The artist, who prefers to create patchworks using painting elements, goes back to his mother tongue, the creativity of his mother, grandmothers and great grandmothers with this exhibition. They were busy with patchwork too. Güneştekin intentionally chooses this art form, which originates from life itself telling about the reality of people's lives and defines the core of life. Patchwork is not an art form that applies just to a separate, elitist minority. Standing at the same platform with this art form, which originates from an understanding that creates a new integrity using various fragments, the artist also attends the community of women, with whom he cooperated within a creative and constructive transformation.

Patchwork, which is originated from transformation of unstitched old clothes, was accepted as new creation after destruction by women, the practitioners of it. It stands as a symbolic act that inspires to revive a dying one. It is bringing the dead one to life.

Identity, gender, collectivity and aesthetics converge in the women stories series by Güneştekin. As a cultural material, patchwork is open to many interpretations. A genuine patchwork reflects a subtract relation between now and the past. As a metaphor, on the other hand, it reflects a common relation that affects the descriptions of traditional art and artist. In general, artist is described as the one who breaks new grounds and stands out of the current tradition. Nevertheless, patchwork artist is a kind of one who doesn't give up traditions embracing the past and creates continuity. This way, their narration reflects and explores their life patterns while creating a bond between the past and today.