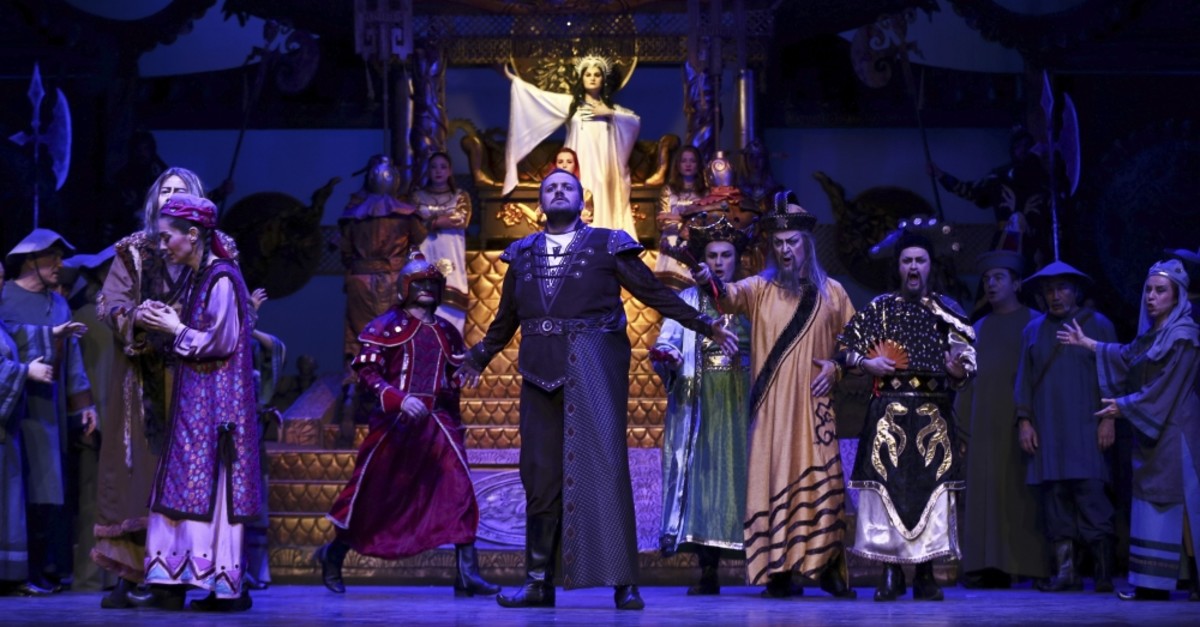 After an interval of 20 years, the Ankara State Opera and Ballet will present the opera "Turandot" by Giacomo Puccini to the taste of art lovers. Murat Karahan, the general manager of the Ankara State Opera and Ballet, spoke to Anadolu Agency (AA) before the main rehearsal of the opera, which is getting prepared for its Ankara premiere. Karahan said that they are excited to restage the work with a young and dynamic team after 20 years.

Reiterating that Puccini described Turandot as the best work he ever composed, Karahan said, "It presents magnificent music. The main theme of the whole opera is based on a Chinese folk song. It also features Nessun Dorma, one of the best tenor arias in the world. You may get bored for five to 10 minutes at some operas, however, that is not the case for 'Turandot.' It is totally perfect."

Karahan stated that the opera has a great capacity in terms of its artistic staff. In addition to the extra artists, a staff consisting of around 200 people work for the production. Vocalizing the character Calaf, who teaches Turandot to love, Karahan reiterated that he vocalized the same character at the world-renowned Verona Arena in Italy.

Noting that as it is the case for the other performances, the tickets were sold out the moment they were presented to sale, he said, "This year Ankara spectator is shattering a record. All the tickets are sold out within 15 minutes. For now, we couldn't see any tickets left for sale after 15 minutes." Karahan stated

that the stage has a capacity of 600 persons and added, " We try to host more spectators for the opera."

Mysticism and mystery of Far East

Turandot is staged by Vincenzo Grisostomi Travaglini, who conducted the stage management of the work 20 years ago. Italian production director Travaglini said that opera is an international language and at the every stage played, it transforms into something else. Explaining that the mystic and the mysterious side of the Far East are reflected on the opera, Travaglini said, "It portrays the inner conflicts of Princess Turandot and her fight with love."

Mehlika Karadeniz Bilgin, who performed as a walk-on at the opera 20 years ago, will vocalize Turandot today. Stating that she performed for the same work after long years, Bilgin said, "I witnessed how my excitement and the performance changed with the experience I gained within years."

"The work exposes how Turandot, the princess who doesn't believe in love and hates men, gets to know love. It is the inner travel of a woman finding herself and a fight between her brain and heart. In fact, Turandot is the fight between the bad and the good," said Bilgin.

Italian composer Giacomo Puccini, who couldn't complete the last part of the opera as he passed away, presents the marriage of Chinese Princess Turandot to the taste of spectators in the form of an energetic and dramatic musical.

The orchestra is alternately conducted by Antonio Pirolli, Sunay Muratov and Murat Cem Orhan, while the decor made by Özgür Usta and the costumes bear the signature of Savaş Camgöz.