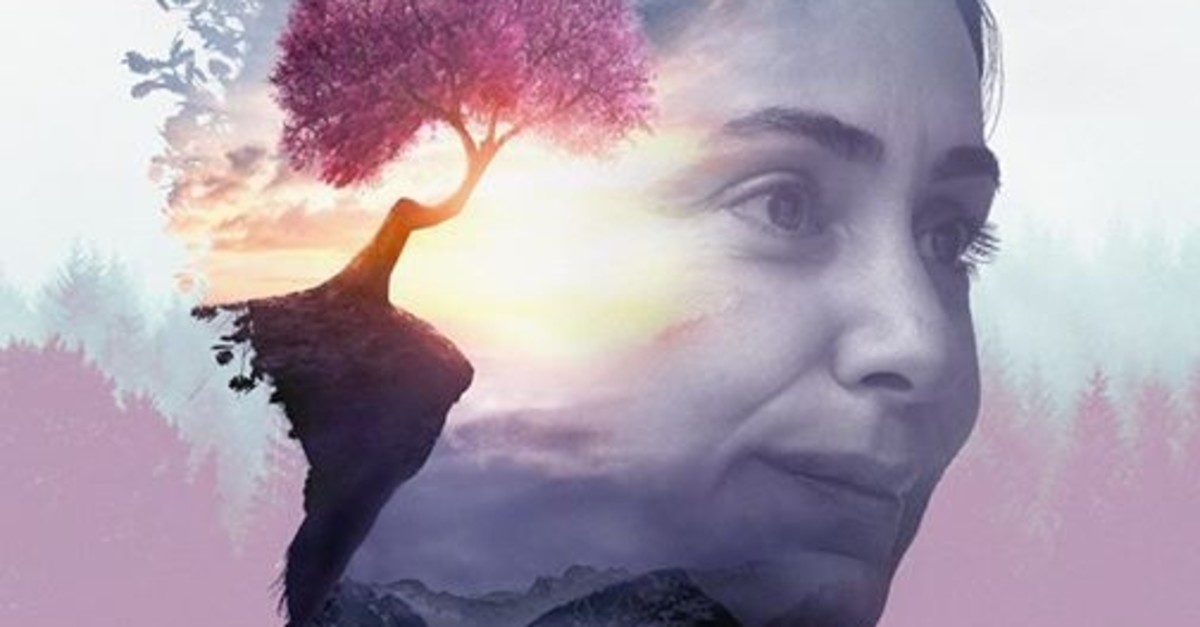 Narrated by Roza Erdem, ,Meeting Immemorial Time, is an autobiographical narration that shares the stories of the people who witnessed the Turkey of a certain period.
by İREM YAŞAR Mar 22, 2019 12:27 am

An art platform that has brought a breath of fresh air to Istanbul's art scene recently, The Circle has set up a rich program of theater performances and talks on acting techniques, summoning theater students, professionals and theater lovers until the summer

The Circle, a multidisciplinary art platform, will host a range of theater plays, performances, workshops and seminars throughout the season. In addition to "Evvel Zamanla Tanışmak" ("Meeting Immemorial Time") and "Türkland" performances, the seminar and workshop program "Acting Methods from Stanislavski to Present" will be held at The Circle.

In the coming days, Roza Erdem's autobiographic narration "Evvel Zamanla Tanışmak," a multimedia reading performance "Türkland," which was adapted from Dilşad Budak Sarıoğlu's autobiographical novel, along with seminar and workshop program "Acting Methods from Stanislavski to Present," which will be organized under the supervision of Burcu Halaçoğlu, Deniz Erdem, Emre Yalçın, Mine Çerçi, Saim Güveloğlu and Yiğit Kocabıyık, will be featured.

The Circle as theater stage

Narrated by Roza Erdem, "Evvel Zamanla Tanışmak," whose narrator coach is Senem Donatan, is an autobiographical narration that shares the stories of the people who witnessed the Turkey of a certain period. It will be staged at The Circle today at 8 p.m. After the 55-minute narration, a conversation will be held, as well.

Adapted from the autobiographical novel of Dilşad Budak Sarıoğlu, who was born and raised in Germany, the multimedia reading performance "Türkland" talks about the struggle of a woman trying to find herself in the middle of the multicultural identity confusion against what she experiences as an immigrant in Germany and a migrating one in Turkey, focusing on the clichés and specific strangeness that the two cultures feature.

In the performance, which handles migration, identity, Turkish-German history and relations in a thought-provoking and humorous manner, Dilşad Budak-Sarıoğlu is accompanied by Ilgıt Uçum on the stage.

"Türkland," a production of Entropi Stage, will be performed at the Circle on April 4 at 8 p.m. in collaboration with cultural platform MAVİBLAU.

Tickets for the events can be bought from the "biletino" website.

Acting methods from Stanislavski to present

In the early 1900s, the Russian theater practitioner Konstantin Stanislavski created a systematic study method on the training of actors through the researches that he conducted being influenced by, especially scientific developments in the field of psychology. He developed it by working throughout his life.

His students developed their own methods based on his system or sometimes they opposed it and created new ways like Michael Chekhov and Jerzy Grotowski. The system is brought to the U.S. by Stanislavski's students again and forms the basis of many new acting methods such as Stella Adler, Lee Strasberg, Sanford Meisner and Eric Morris.

Today, we cannot talk about any acting method that does not draw its reference from Stanislavski's system.

In the series of seminar and workshop program "Acting Methods from Stanislavski to Present," which will be organized between April 9 and May 12 at The Circle, participants will learn about the acting "system" developed by Stanislavski and some part of the acting techniques that are created by referring to his system or opposing it. It is aimed that they will gain a historical and holistic perspective on the adventures of acting.

The workshop thus aims to help actor candidates and actors by providing solutions to the lack of knowledge and confusion on this issue.

Within the context of the program, Emre Yalçın will first focus on Stanislavski's approach to acting in interaction with the historical conditions and cultural changes of his time at the "Stanislavski and System" seminar, which will take place at The Circle between 8 p.m. and 10:30 p.m. on April 9. During the seminar, the important stages of the system, its main techniques, the results obtained and the effects it creates will be evaluated and discussed.

Yalçın will again talk about the transformations that the system had in the U.S. as part of the "Stanislavski's System in the U.S." seminar, which will be held on April 10 between 8 p.m. and 10:30 p.m. Yalçın will make a historical reading on how Lee Strasberg, Sanford Meisner, Stella Adler along with Stanislavski's first-generation students, especially Richard Boleslavsky, Michael Chekhov, Maria Ouspenskaya and Sonia Moore, handled this system.

On April 14, "Stanislavski - Calling the Feeling through Physical Actions" seminar will be organized by Saim Güveoğlu between 3 p.m. and 8 p.m. In this workshop, a theoretical introduction and some applications on "Physical Actions Method" will be conducted by using "Stanislavski in Rehearsal," which is a book comprising of the rehearsal impressions and diaries of Vasili Toporkov, who worked with Stanislavski in his last 10 years, as a base.

In "Michael Chekhov's Psychological Gesture" seminar, which will be conducted on April 21 between 3 p.m. and 8 p.m. under the supervision of Burcu Halaçoğlu, the participants will search psychological gesture examples physically and through texts.

The Meisner Technique is a method which supports the actor's listening to his/her partner and behave in harmony with this partner and creates awareness in him/ her with these features. Its most important feature is that it makes actors comprehend the art of simplicity. In "Sanford Meisner and His Technique" seminar, which will be organized under the supervision of Yiğit Kocabıyık on April 28 between 3 p.m. and 8 p.m., what kind of a system the Meisner Technique has will be shared with exemplary applications.

Another seminar is "Awareness of Actors with Eric Morris and Feldenkrais," which will be held under the leadership of Deniz Erdem on May 5 between 3 p.m. and 8 p.m. Deniz Erdem combines Eric Morris' technique oriented to the spiritual awareness of the actor and Moshe Feldenkrais' method of creating the integrity of movement-feeling-mind through the body. Erdem will transfer the basic principles of these two methods and their contribution to the awareness of the actor via theory and practice.

The last seminar of the event series "Lecoq Pedagogics and Poetic Body" will be conducted by Mine Çerçi, the translator of Jacques Lecoq's "Le Corps Poetique" ("The Moving Body"), on May 12 between 3 p.m. and 8 p.m. In this workshop, Çerçi will first examine Lecoq's approach to movement and the pedigree of this approach.

She will handle the concepts of neutral mask and mimodynamic, which are the basis of Lecoq's pedagogy, the role of mimodynamics in character creation with practical examples. And, she will lastly focus on the genre/style research in pedagogy and the creative theater concept of Lecoq.

Participants will be able to apply for seminars and workshops, which will continue for six weeks in total and 30 hours between April 9 and May 12, until April 4.