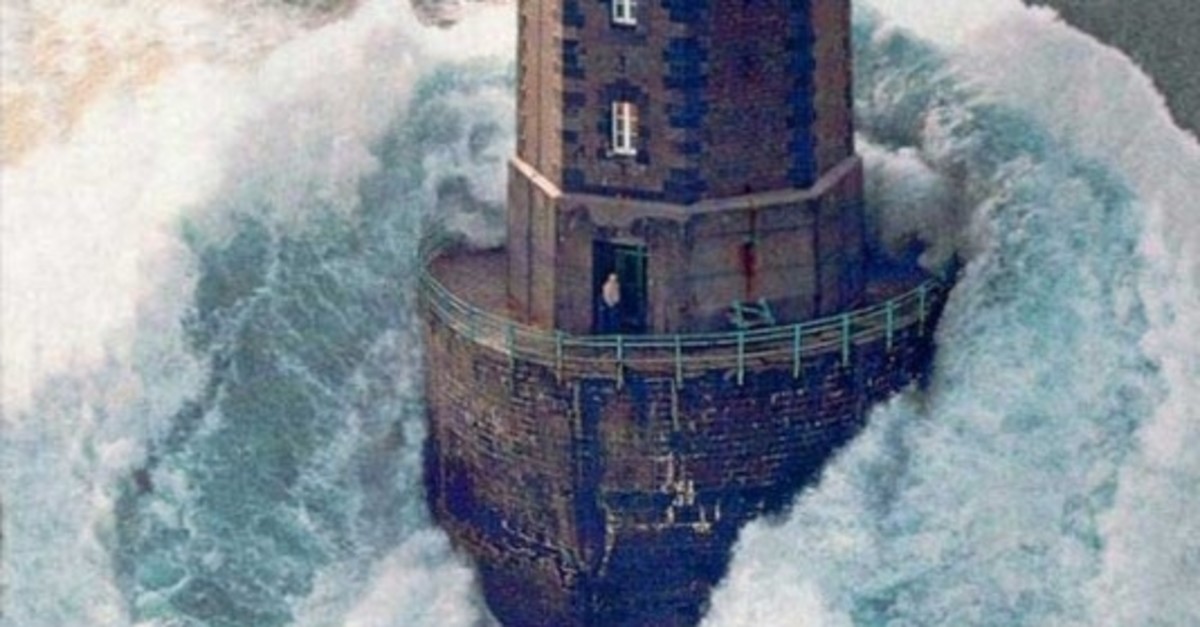 ‘Danger,' said Ariel, as the Istanbul gallery moved from uppish Nişantaşı to Riverrun, a cafe in downtown Tophane. Its curators exclaimed a new show by Ayşe Erkmen, the preeminent contemporary Turkish sculptor, whose three videos on display until March 30 have never been seen together before

The high stakes of success for artists today are greater than ever. For contemporaries who remember the innocence of earlier days when the critical field could be encompassed by a single vision, certain affinities have aged. Ayşe Erkmen represents a perennial tendency to push the envelope of specificity, in which sites of curation, from the white cube to the open field, inclusive of all art spaces, are redrawn, expanded and turned inward in search of multidimensional engagement with society, nature and culture.

"The art world used to be a smaller world," said the senior critic Jed Perl in an interview for the book, "What It Means To Write About Art" (2018) in which he reflected on his art writing, active as a dissident voice in New York since the 1970s. "But in the end there shouldn't be any difference between how one responds to art in a big gallery or a smaller gallery."

The name Ayşe Erkmen is frequently accompanied by gasps of reverence in public, following her reputation for work that, by virtue of a sculptural integrity, or what might be termed its positive emptiness (likened to negative capability), inhabits experimental space enough to invert preconceived intent, towards a disembodiment of linear values, to welcome newfound tolerance for the uncontrollable elements of being. She experiments like no other, often risking total failure to make art out of labors of love wholly connected to the world, and its obsessions.

That art could be sold, or commoditized in any way, is a modern fantasy, a capitalist ruse, abstract as currency. As a unit of measurement differs from that which is measured, so that which is monetized, auctioned, collected as a vehicle to exchange what are sometimes called art objects, is altogether distinct from the art itself, by that meaning the personal internalization of craft, the lifelong devotion to a discipline, the invention of unprecedented forms of human ingenuity.

To many young artists, and those familiar with the oeuvre of Erkmen, her prolific career demonstrates the indefinable elegance of what it means to make art as a way of life, and to be integrated wholly, as a person in its production. It is to develop environmental consciousness, and to become more socially aware. It is to become more human. Her current show, "Danger", at Ariel embraces the alternative complex of Riverrun in solidarity with longstanding colleagues, including her partner, Bülent Erkmen, whose graphic designs refine the post-minimalist renewability of her creations.

In a Joycean state of mind

Ariel at Riverrun is a small gallery. Perl, who would not have approached its exhibitions with any less interest than what he might see at MoMA, was the art critic at The New Republic for twenty years. The intersection of institutional prestige and cultural entrepreneurialism defines the unique aesthetic at Riverrun, a three-story outfit, two of which are dedicated to off-center shows of works by artists who are vital to the regional contemporary art narrative, for Turkey, and the Eurasian and Middle Eastern milieus, from Sarkis to Mona Hatoum, and also currently with Can Aytekin at the bottom-floor Bunker gallery.

The zone of auteurism directed by Norgunk art book publishers Alpagut and Ayşe Gültekin has an outsider allure. Riverrun is titled after the first sentence in Finnegans Wake (1939) by James Joyce, and reading it as the metafiction epitome of the anti-novel, with its acrobatics of literary abstraction lends itself to the kind of artwork displayed below the cafe. They are generally opaque with ulterior meanings, indirect and unaligned to immediate comprehension, evading universal digest.

"Chambal" (1999), "Deutsch Bahn" (2002) and "Level 2" (2006) by Ayşe Erkmen are the videos that comprise her current show, "Danger". It is not immediately clear what sense brings them together, not that there should be a common thread. But a stray walker curious enough to spy a view might pass through and exit with the inescapable feeling of deflation, that they left, just caffeinated and disappointed, somehow less full of life than when they arrived, because the anticipation of a thing, of some acquisition of reason, was lost, and all that remained was the chance to be initiated, through a network of insiders, into verbal explanations, a sort of informal, social pedagogy demanding face-to-face interaction.

There are texts tacked to the wall, in the bookish spirit of Riverrun, quoting Ayşe Erkmen, to provide intellectual context to the exhibition. They read like the letters of a mature artist reflecting on the scope of her career, as to arrange the order of her thoughts and memories into a continuous, thematic whole. She became a radical young sculptor because she realized that no one was noticing. In that terrible silence, lacking serious critical engagement, without the dialogue of sincerely opinionated reviews, she was compelled to make herself understood. Independent of a studio, and even at times of materials, she is known to work with the mechanics of the space in which her work is shown as an integral aspect of her intervention.

"With each work, I start from scratch. Surely, they're all interconnected but which one connects to which one in which timeframe, that's not necessarily evident. Sometimes, similarities between the works become manifest years later," she wrote, employing a spectrum of tools throughout her career in which she has exhibited continuously for over twenty years and never broke from producing with everything from metal to stone, plastic, paper, sound, film, video, animation, and countless other varieties. "Besides, it saves me from adopting a particular visual style. But I guess, it also makes me somewhat less decipherable."

The cinematic lion roars, and barreling out of its gaping jaw, across its vibrating tongue issues the fearless proclamation of the Buddha, expressing the cosmic order as virtue. From left to right, the work, "Chambal" sounds off, setting into motion an oceanic storm. Its waves crash mercilessly against the submerged foundations of a lighthouse. A man braves the life-threatening deep as he stands, exposed, awaiting rescue. He appears like a human figure cut out of the sea-battered stone, undaunted by the walls of water as they sway and collapse in the heady gusts. The photographer, Jean Guichard first caught the scene, "la Jument", and Erkmen, who came across the image while traveling by train in Germany, later mobilized his still.

"Her approach to material and subject is minimal, to the point and poetic at the same time. What I like most about her work is that she has this care for material. She makes alterations to what is already there, as little as possible. I find that approach to be beautiful. And it's going to be necessary in the coming years, because we can't just keep adding," said Müveddet Nisan Yıldırım, the gallery assistant at Riverrun, who is also a translator and poet.

The exhale of the lion, and the storm, are then diminished by a breeze knocking against a building for "Level 2" (2006), in which Erkmen portrays the postindustrial climate of life as a cultural worker between cities. She takes a heightened perspective, out of reach, overlooking an unpeopled street, semi-obscured by a double windowpane. A banner flaps noisily in the air that somehow feels cold, removed, as perception is compartmentalized by the nexus of interior and exterior architecture in confrontation with itself, inside a frame of total urbanization. When writing the seminal essay, "Video: The Aesthetics of Narcissism" (1976), the art critic Rosalind Krauss analyzed the meaning of focus, to consider the significance of pointing at the center of a screen. Her assertions began from the idea that video art was a mockery of abstraction, an example of what she termed "Duchampian irony".

"That an artist's work be published, reproduced and disseminated through the media has become, for the generation that has matured in the course of the last decade, virtually the only means of verifying its existence as art," wrote Krauss, intuiting the effects of social media on the art world three decades early, while noting video as a trans-media form that communicates psychology as the defining, reflexive tool of the modern artist. "The demand for instant replay in the media - in fact the creation of work that literally does not exist outside of that replay, as is true of conceptual art and its nether side, body art - finds its obvious correlative in an aesthetic mode by which the self is created through the electronic device of feedback."

Erkmen created an aural space that is imposing, not only by the offbeat and ravishing visuals of its looping videos, but for its unavoidable, intermeshed sounds. The clanking of metal, a bestial cry and the tempest-tossed sea reverberate incessantly, and with obnoxious clamor, vying for human attention in a dim, subterranean art gallery.