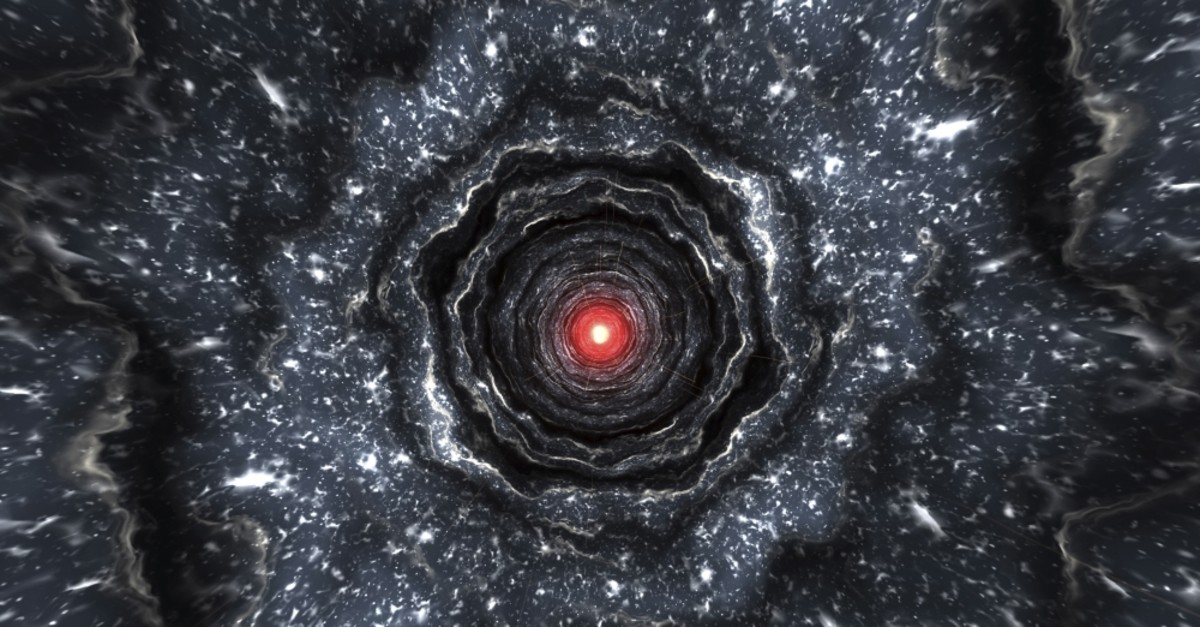 The frontier of virtual reality was one of the subjects discussed at the Qumra Festival held in Doha last month. One of the most important names in the business, Michel Reilhac, talked about the virtual future that awaits us, and the Doha Film Institute made two VR experiences available for the festivalgoers. One was set in outer space while the other was set in the depths of the sea. These experiences offer the viewer an out-of-body experience in spaces that are not easily accessible in real life

My understanding of virtual reality (VR) was shaped by the 1990 film "Total Recall," in which Arnold Schwarzenegger's character is led to believe that he has lost his memory, that the flashes he has of the past are nothing but some virtual reality experience he once had. In 1990, it was clearly assumed that VR would be a big part of our lives in the future - but instead, our engagement with the digital world took a completely narcissistic turn. Rather than using it to explore other experiences, we now use it to broadcast our own lives to the world. All is not lost though, said the prophet of virtual reality Michel Reilhac at the Qumra Festival in Doha. Virtual reality will pick up the pace again, particularly with VR headsets that will become simpler and lighter.

There are several versions of VR out there in more or less easily accessible entertainment arcades and malls, ranging from simulations of being in a helicopter over a town to putting on 3D glasses to imagine yourself riding a mine train with a friendly dinosaur. These are, if I may say so, bastardized versions of the idea of VR, which ought, as its name suggests, offer a more immersive experience.

In conjunction with Reilhac's talk on where VR is going, the festival provided two examples of the experience at the Museum of Islamic Art in Doha - tickets for which you had to reserve in advance as they were pretty popular. The screenings were held in a room that could accommodate four people with headsets and their choice of a VR film. As you can see, I am trying to navigate my way through the terminology to describe this experience. Earlier in the year, I was hesitating between "game" and "film" for "Bandersnatch" - so now this is the milieu we are in.

One of the "experiences" is called "Spheres," produced by none other than Darren Aronofsky, who played fast and loose with the viewers' minds in "Pi" and "Mother!" In "Spheres," the story he tells is more or less familiar: How the planets were created and what material they are made from. Only, the mind-bending part here is the immersive experience, in which you get a very close look at the creation of the universe.

"Spheres" has three chapters. It starts with the "Chorus of the Cosmos," which is supposed to be about the sounds that the universe makes, but I was so overwhelmed with the visuals that I could hardly follow what Millie Bobby Brown was whispering in my ear. I was wearing a headset with headphones and the very helpful gentleman who put them on me also gave me a "joystick" for each of my hands (the industry calls them "haptics") and informed me that I could touch the planets with them. I felt like a spacewoman, and the physical VR headset was appropriate because of course as a spacewoman I would have to put on the astronaut headgear. I was surrounded by stars. I did a 360-degree turn and saw nothing but the twinkles of distant stars, and it was a beautiful out of body experience. Then, slowly, the earth approached from beneath my feet. I felt joy! I was floating above it like Neil Armstrong, and sure enough, I saw Turkey, all lit up. The earth was rotating slowly, and I felt a pang of sadness as I lost sight of Istanbul to look at the Americas. But the worse was to come. The whole planet started to move away from me, and I felt utterly bereft as it disappeared into the distance. I was all alone in the universe. Then the experience sent me the sun and the planets to cheer me up and to play with. With the joysticks, I pushed the planets this way and that, feeling all powerful. As I played around, I inadvertently head-butted Saturn and suddenly, I was inside it and for some reason it was horrifying. All the glasses showed was a yellowish marble wall, and I felt trapped. I moved my physical body to get out of it, walked some distance and then I saw a grid appear behind the sun. Thank God for glitches. I must have walked out of the parameters of the virtual world. One can always close one's eyes, as I did when the second chapter threw me into a black hole, but there is also the safety valve of the little window of space between your nose and cheek that the glasses can't cover. When I felt overwhelmed, I looked down through that hole to see my own body, on real, physical earth.

'ARDEN'S WAKE'The second VR experience that Qumra was offering was "Arden's Wake," produced by Alicia Vikander. It is an animated story where you inhabit the same world as the characters. The story is about a father and daughter living in some water world. Again, the headset makes sense - no handsets in this one - as you will be passing most of your time underwater, much like the goggles you put on to see underwater. The experience opens with you in water, watching animated characters sink to the depths. After looking at colorful fish and turtles, you go up to the surface to explore the family's home. You can peer through the door and the windows, and if it doesn't interest you, turn your back on them and enjoy the sea view. However, soon, the daughter has to get in a small vessel to go down to the depths of the sea and you go with her. So yes, at certain points the VR does decide where you will be going, just as how "Bandersnatch" made you go through certain milestones in the story no matter what your choices were. I had been told by fellow festivalgoers that this is an "emotional" film with "spectacular" visuals. It is indeed both these things. But such advertisement does not prepare me for - spoiler alert - the undersea dragon that suddenly appears on my right and brings its face close to me. I do not know where to hide and so I go inside the girl's vessel to seek strength in numbers.

In both these experiences, I do not have a body; instead, I move through these realities like a ghost. The disembodiment is, for me, part of the fun, but of course in the varied market that is virtual reality, "experiences" are being proposed where when you look down you will see, not more stars or water as I did, but a body designed - hopefully to your liking - by the producers. All of this, of course, will come at a high price. One website advertises the tickets for "Spheres" at $50, which of course brings about the question of what sort of a niche market it actually is. It is indeed a story line worthy of dystopian films; an experience into which vast amounts of money is poured into so that only the rich can enjoy it.

Reilhac, however, seems to be optimistic about the costs coming down. Haven't we recently learned that by 2021 more people will have mobile phones than access to running water? The proliferation of VR, then, is hardly something to be optimistic about. Reilhac talks about how Silicon Valley parents restrict their children's use of cellphones and also about "oases" with no cell reception. This is the more likely dystopian future that awaits us - with many of us hooked to VR stations and few living normal lives in these oases. In fact, I think they have already made a few films about that.