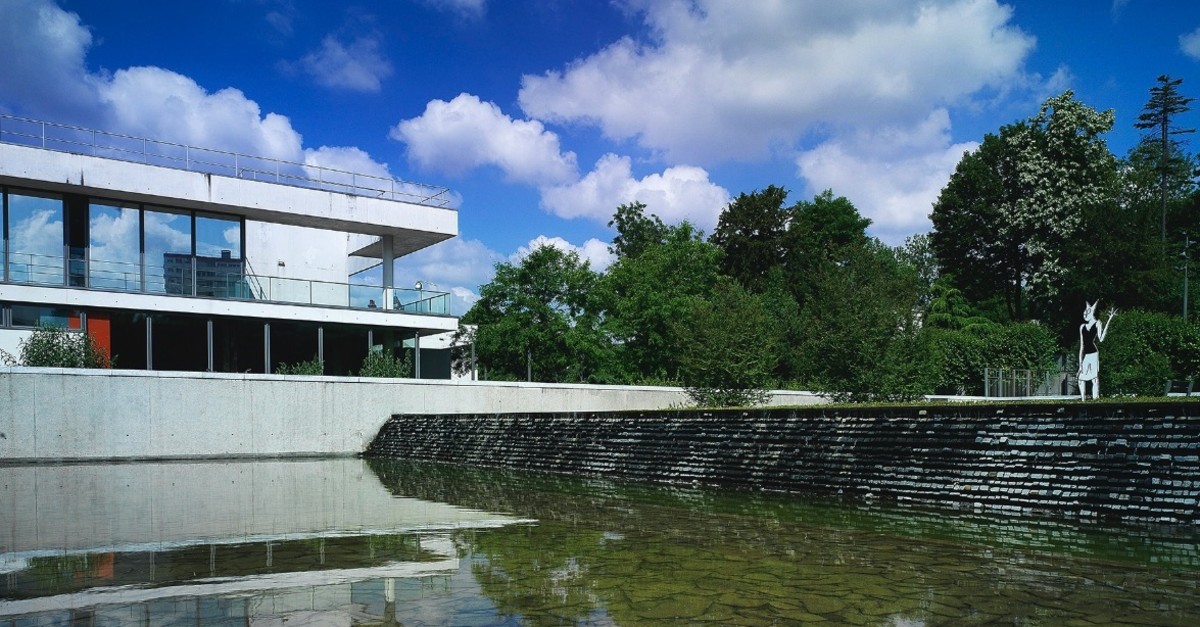 MAC VAL draws attention as an institution that focuses on contemporary art and the art environment in France from the 1950s to today.
by Daily Sabah Apr 08, 2019 12:03 am

The Museums Talk series, which was started by Istanbul Modern in 2012, will continue with France in 2019. The series aims to bring museum directors who are pioneers in the world and their colleagues together with visitors in Turkey. The second guest of the Museums Talk: From France series, organized in collaboration with the Istanbul French Cultural Center, will be MAC VAL Val-de-Marne Museum of Contemporary Art's chief curator Alexia Fabre. She will share her experiences in a speech: MAC VAL, a Museum for a Territory (Under Construction) on April 11 at 7:00 p.m.

Established in Vitry-sur-Seine, affiliated to Val-de-Marne, close to Paris in 2015, MAC VAL draws attention as an institution that focuses on contemporary art and the art environment in France from the 1950s to today. Scrutinizing its environment with examples from France and different regions, the institution sustains its authenticity by reflecting the diversity of society along with its common values in this process. Since its establishment, the museum has been in transformation. Its artistic content and cultural events provide the continuity of the relation between the public and the institution.

Since the beginning, the chief curator of MAC VAL has been Alexia Fabre. Fabre played an active role in the establishment period of the museum. She has been shaping exhibitions and programs related to the social structure of the region where the museum is located along with determining artistic and cultural policies of the institution since 2005. She assumed the art directorship of Nuit Blanche Paris together with Frank Lamy, who is responsible for periodic exhibitions at MAC VAL, in 2009 and 2011. Giving lectures at École du Louvre between 2007 and 2011 and in Quebec in 2017, Fabre was the guest curator at the Manif d'Art Contemporary Art Biennial. She is also the co-curator of The Moon exhibition, which is on display until July 22 at the Grand Palais this year. The Museums Talk series has hosted museum and art institution directors from the U.S., U.K. and Germany to date.