Art lovers honor 'The Eye of Istanbul' with worldwide exhibitions 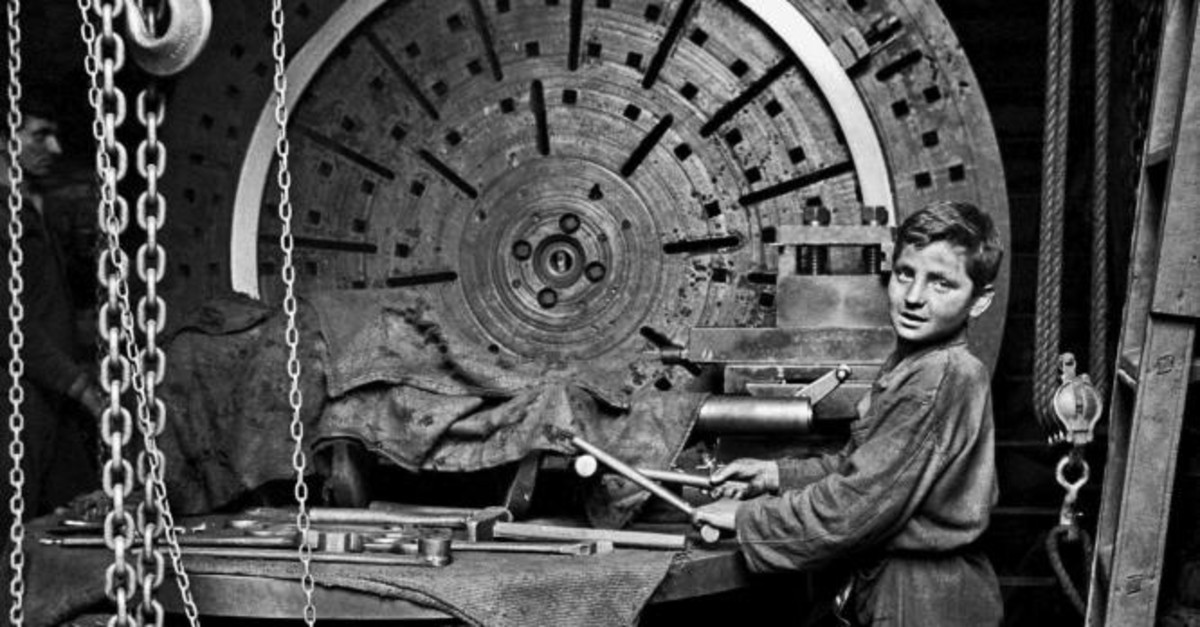 Having passed away at the age of 90 on Oct. 17, 2018, Ara Güler was known and respected by both Turkish citizens and art circles around the world with his unique approach to photography. The legendary photographer left more than 2 million photos behind and bid farewell to his fans.

Born in Istanbul in 1928 into an Armenian family, he became the most prominent envoy in the global arena of Turkey's creative photography. He worked as a Near East photojournalist for Time Life in 1956, Paris Match in 1958 and also Stern magazine. At about the same time, Magnum Photos began to publish Ara Güler's photos globally.

He always said: "Photojournalists are always confused by photographers. We are not photographers. We are photojournalists." He achieved many things in his professional life, which began in 1950. He was named as one of the seven best photographers in the world. Ara Güler covered many stories with the help of his camera. Working for the press, he never saw himself as an artist. On the other hand, he had a clear tendency to take photos with effective scenery. Sometimes, he played with the scenery to help evoke more than just the surface of an incident.

From 1954 to 1962, Güler worked as the chief of the photo segment of Hayat magazine in Turkey. In 1958, he began working as the Near East photojournalist for several international publications, including Time Life, Paris-Match and Der Stern. In other words, he was the Turkish correspondent for the European photography community.

He interviewed and photographed various famous names, including Winston Churchill, Indira Gandhi, Alfred Hitchcock, Salvador Dali and Pablo Picasso. Ara Güler has been praised by many Turkish and Western institutions and associations in addition to the unending interest from the media in his life and work. He opened and joined many solo exhibitions in many capitals of the world. The New York Museum of Modern Art exhibited his works at the "10 Masters of Color Photography" event in 1968. Another exhibition in Cologne, Germany followed that. His works on art and artists were used in numerous books and periodicals.

Registered on the World Heritage List of UNESCO, the ancient city of Aphrodisias in the Karacasu district of Aydın province was revealed to the world thanks to photos taken by Ara Güler, who came to the city for the opening of a dam in 1958. After his photos, excavations were started in the ancient city, and Aphrodisias was brought to light. It is still the ancient city that hosts the highest number of local and foreign tourists today.

What led to the eventual excavation of the ancient city started when he got lost. While he was returning from the town of Geyre in Karacasu, where he had gone for a dam opening ceremony, he got lost on the way back. As he looked for a way to get back to Istanbul, he entered a village and saw that the architectural buildings here featured works dating back to the Roman period. He noticed historical sarcophagi being used to filter grape "şıra," a kind of juice. Güler also took a photograph of two villagers talking on a historical stone lying on the street. This photo made Aphrodisias famous.

The Turkish Presidency has established an Ara Güler exhibition to introduce the works of talented photographer and photojournalist to art lovers in major cities around the world.

The works of the late "Master of Leica" will be exhibited in London, Paris, Kyoto, New York, Rome and Mogadishu.

The first of the exhibitions organized by the presidency with the cooperation of Ara Güler Museum Archives and Research Center opens today on the April 23 National Sovereignty and Children's Day at London's Saatchi Gallery, one of the most important art centers in the U.K.

The exhibition is composed of Güler's Istanbul photographs. There is a selection of historical portraits, including those of Turkish minstrel Aşık Veysel, writer Nazım Hikmet, Picasso and Dali, with frames from Anatolia and around the world.

In the London exhibition, a special place is allocated for the portraits of figures that influenced the history and art of Britain, such as Winston Churchill, Alfred Hitchcock and Bertrand Russell. Likewise, important figures from each society in the designated countries will be added to the exhibition's selection.