A mounted cheetah, double African masks and dimmed lights at 'The Museum of Emotion' 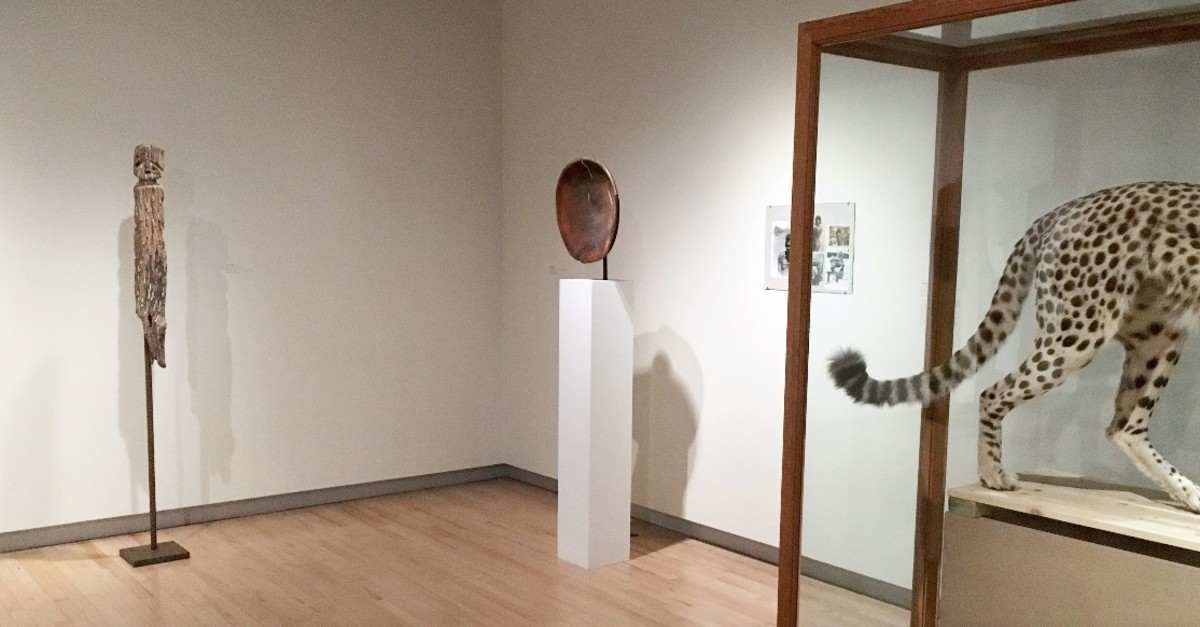 Attia mimics a modern ethnographic museum with his installation, where he places objects sometimes on pedestals and sometimes in vitrines.
by Cihad Caner Apr 24, 2019 12:14 am

When I think about the artists who deal with the notion of modern "decolonization" ethnographic museums in Europe, Kader Attia's name is the first one that comes to my mind. That's why I was extremely excited during the 10-minute walk from the Tate Modern to the Hayward Gallery in the South Bank Center in London. Algerian-French artist Kader Attia's first U.K. survey show, "The Museum of Emotion," in the Hayward gallery can be seen until May 6.

Imagine an ethnographic museum in Europe filled with vast collections, dimmed spotlights, a device that controls the temperature of the space and the smell of the history. Attia mimics a modern ethnographic museum with his installation, where he places objects sometimes on pedestals and sometimes in vitrines. Unlike history books, a museum teaches through objects not text by naturalizing them and making them part of the creation of identity. Attia highlights how museums play an important role as a social education tools and a place where social and cultural identity is created.

Some of the objects are placed in front a mirror that produces a double reflection. You can also see the same or reproduced object placed on the other side of the mirror, which immediately gave me the impression of a double reality - and really caught my attention. Basically, you see the reflected one, indicating the double reality of the object, which had a long history in its country of origin and has been its new place for at least 200 years or more. Somehow the reflected objects become the representors of the one in front of it; being represented by them, where the power of the gaze is in the hands of the spectator object (the reflected image in this case), not the spectator human. The artist turned the museum itself into a forum for "an emotional response capable of eliciting, exploring and even harnessing strongly held feelings of anger, sorrow, joy and grief." 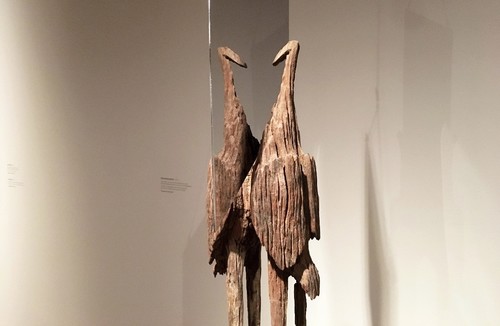 Reflected objects become the representors of the one in front of it; being represented by them, where the power of the gaze is in the hands of the spectator object, not the spectator human.

Kader Attia asks what a museum actually is, what it does, what it represents and what it builds, with this installation. The origin of museums lies in the paradox - they are a place to visit, but they are not visited very often. They claim to be centers of culture, but they are distant from many people. Not only in Turkey, but in many countries, most people go to the museum for homework rather than entertainment. People do not visit the museums of the city they live in, but the first place they visit in a city as tourists is a museum. But what makes the museum so indispensable and removed from daily life at the same time? Why should we visit them? How do museums fill a social need today?

Although the museum is perceived as a shelter where the past is preserved, what we call "the past" is not a fixed phenomenon. We can think of museums as places that make history a "past" or rather a "past" of a certain time. They are the places in which the information contained in history or science books is revived by means of objects. This connection with the past does not depend on the origin of the museum, but on the relationship of the modern era with the past as the museums expand. Objects are also indicative of the fact that they can access the truth of modern order in a visual way.I think it is also important to mention Turkey's relationship with ethnographic museums, since there are also lots of smuggled antiquities from Turkey featured in big museums all around the world.

It started with the expansion of railways across the Ottoman territories during the late 19th century that enhanced the access of Europeans with archaeological interests to remote sites. As American historian Wendy Shaw cited in her must-read book for the Turkish audience detailing how antiquities were smuggled from the Ottoman Empire to Europe, "Possessors and Possessed Museums, Archaeology and the Visualization of History in the Late Ottoman Empire." She writes that: "The English received the first railway concession in the Ottoman Empire in 1856 to build a line between İzmir and Aydın. From that moment on, the acquisition of antiquities was wedded to the digging activities necessary for railway construction. Soon after the British began construction of the rail bed in 1863 and began the project that would develop into the excavation of Ephesus."

Attia's intentions are quite important and create the space for a discussion about the history of museums and their intentions. Attia tries to answer what it means to be a willing or accidental witness to key museums of modernity in its capitals. Kader Attia shows us museums in terms of the construction of identity, with educational functions being more prominent than the significance of the collections and expositions. Although the person visiting the museum thinks that he or she is acquainted with objects, at the same time, and perhaps most importantly, the visitor internalizes the identity and the identity imposed by society; they live physically through social rituals.