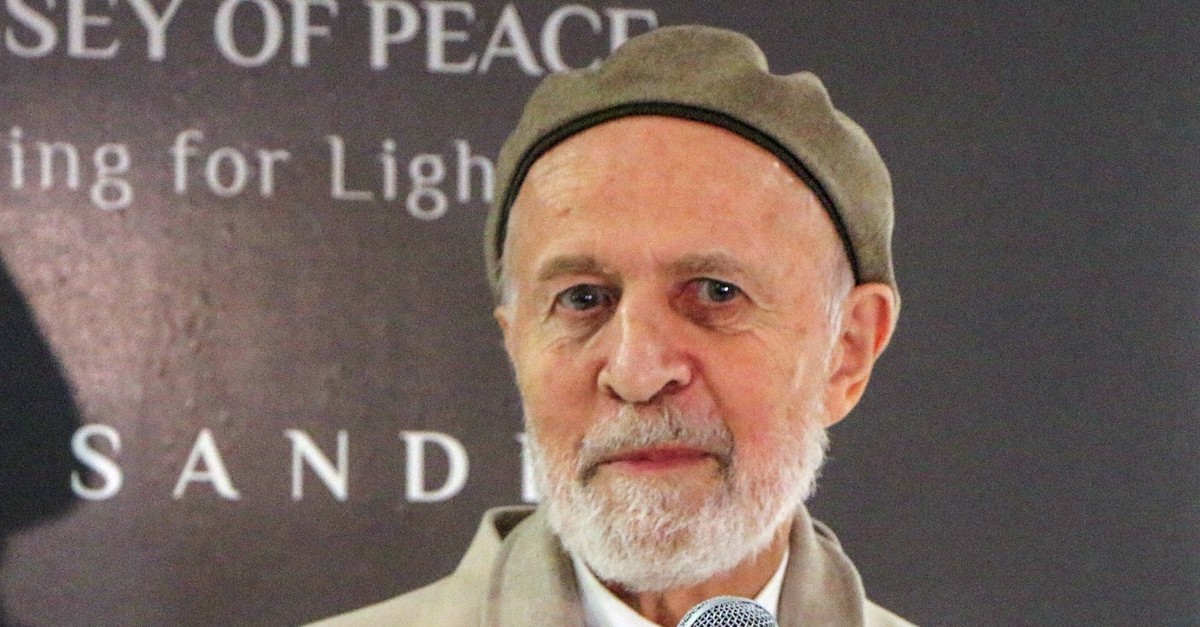 Peter Sanders has opened his first solo exhibition in Istanbul, u201cAn Odyssey of Peace,u201d at Taksim Sanat.
by Anadolu Agency May 02, 2019 1:11 am

Opening his first solo exhibition in Istanbul, "An Odyssey of Peace," at Taksim Sanat, Sanders continues his work by taking photos of Islamic scholars in the cities and countries he has visited.

He started his career with photos of many rock stars and bands including Bob Dylan, Jimi Hendrix, the Rolling Stones, The Doors and The Who in the 1960s. After a spiritual journey in the 1970s, he visited India and the Islamic world. The artist was highly affected by Islam here and became a Muslim.

Speaking to Anadolu Agency (AA), Sanders spoke about his life and love for photography. He said that he took photos of rock stars in the past. Mentioning his conversion to Islam, he said that people were really surprised when they heard that he had become a Muslim. "People think that it is a big jump. For my generation, rock stars were like the poets of the period. I started to deal with more spiritual things in time. This is why I began to research different religions. My photos also followed my journey."

Sanders noted that there is not any excess in Islam. This is why the religious conversion was not so difficult for him. He stressed that hospitality and generosity bring all Muslims together even if they have different cultures.

'I work in a different world'

Highlighting that his visits to Muslim countries granted him a larger perspective on Islam, Sanders remarked, "After becoming a Muslim, I started to take photos of different people. However, the period of taking photos was the same. You meet people face to face, and this makes you understand some things. The subject differs but the period is always the same. In this face to face period, you have a connection with the person whom you photograph. You develop empathy." 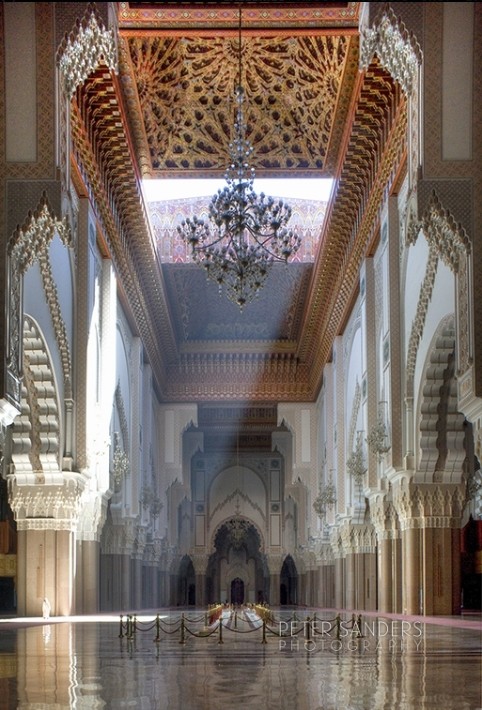 Hassan II Mosque in Casablanca, Morocco, through the lens of Peter Sanders.

Saying that he kept taking photos after his religious conversion, the successful photographer added, "I still do what I always do. However, the difference is that I do it in a different world now."

Reporting that he born in a Christian family, Sanders stated that the belief he was born into did not satisfy him, he started looking into different religions. "I have two teachers now: Jesus and Muhammad. Islam did not separate the place and religion from which I came. It included my previous religion, as well. This is necessary because all prophets are connected to each other. They are all the harbingers of God. We need to understand the connections between them. They can have different applications. They can appear in different ways but all of them are same in terms of belief. People believe in one God."

'We should find a way to unite'

Saying that he took photos of Islamic scholars who have never been photographed before in the cities and countries he visited, he said that these modest people represent the real face of Islam.

Sanders implied that Islam is often reflected via angry people who have gone too far recently and this is wrong.

"What is shown is not Islam and it is the opposite of it. However, Muslim people are not the ones talking about peace. They are peace. Peace spreads from them. They have great mercy for you no matter who you are. They accept you for whatever you have done and they pray for you. This is what real Islam is. The real faces of Islam are not those who claim they do something. They are the ones who pray, work and present service to people silently. They hide their light under a bushel."

Sanders mentioned that he took photos of people living in refugee camps. Saying that refugees are the result of war and we need to develop empathy for them, Sanders said, "The elders, children and women are all victims and sufferers. We need to think why the world still wages wars. Why do we have fights after all these times? This continues since the beginning of the time. People try to solve problems by fighting and killing. We are all human. We all come from Adam and are connected to each other. We should understand that and find a way to unite."

Touching on the terror attacks, Sanders said, "If you look at the life of the Prophet Muhammad, all he does is for compromise, finding solutions and preventing wars and these types of things. He only prays for people and tries to solve problems. We need his perspective in recent times as well."

Peter Sanders emphasized that the Islamic world is on fire and said, "Our only subject and aim should be peace. Look at what is happening in the world. We should stop it. This depends on the next generation. They should embrace peace in a way. We should be peacemakers in any way. War is not something constructive."

Underlining that he always worked on specific subjects throughout his career, the famous photographer handles topics like the Islamic world, Muslims living in China and the U.K.

He also spoke about his collection which is still on display at Taksim Sanat and is of his best shots to date. He noted that he came to Istanbul with the idea of opening an exhibition that unites his all works. His exhibition can be seen until May 10.