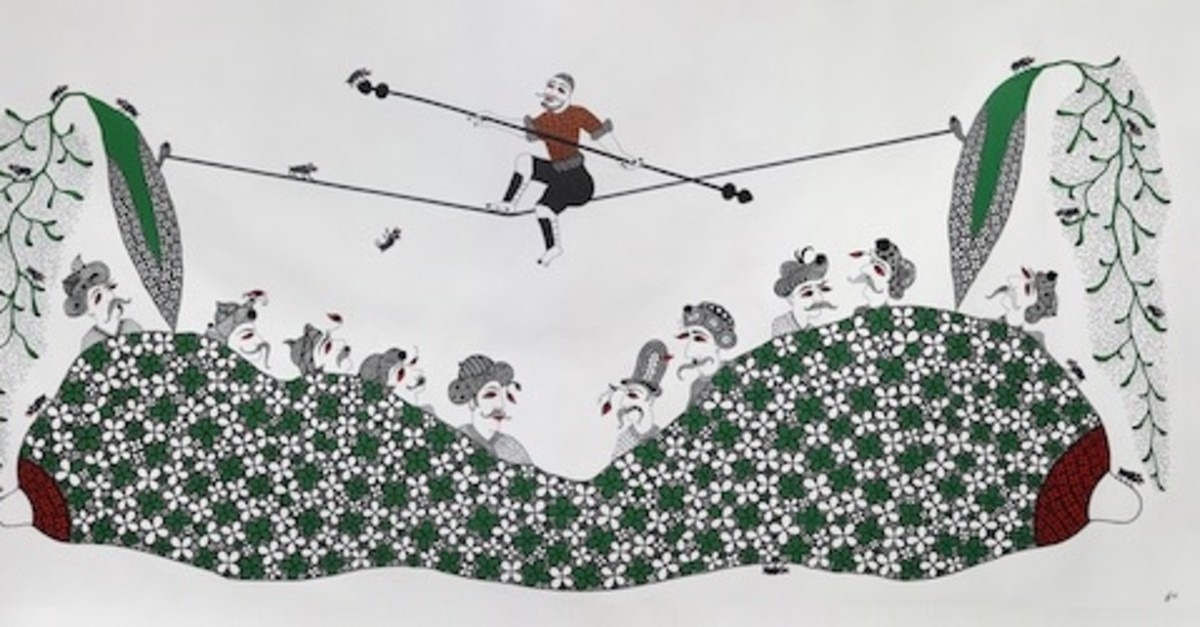 Galeri 77 is hosting Özgür Demirci between April 25 and June 2 with his solo exhibition, "Baharestan: The Story of High Trees and Delicate Flowers with Rivers Flowing Alow." Mostly influenced by Anatolian geography, Demirci takes his audience on a journey with his paintings through a world that is both mysterious and clear at the same time. Fantastic creatures jumping out of fairy tales, mysterious figures, symbols reflecting the very existence of humankind and various animal forms are all part of his work. With surreal work each more distinctive than the next and a remarkable method of painting, the exhibition looks to bring a breath of fresh air to Turkish contemporary art and can be seen in Galeri 77's space in Karaköy until June 2.

Özgür Demirci continues to show his audience the images and colors constituting the main characteristic of traditional Oriental art with a modern touch by utilizing the merits of contemporary plastic art in his own manner, just as he has done so throughout his art career. In this exhibition, the artist is influenced by many books on Oriental art he has read with great interest along with his long-standing research, particularly on "Baharestan," written in the 15th century by the Persian Sufi scholar, Jami. 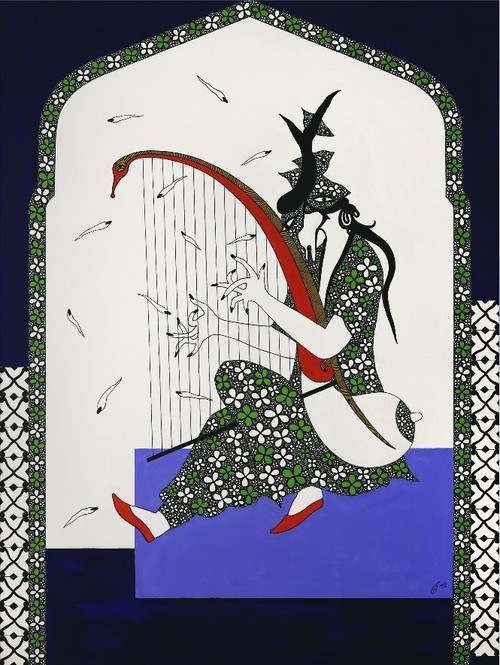 His inspiration, deriving from the "eight gardens" as written in "Baharestan," is the source of mysticism in Özgür Demirci's paintings. Storing the vast amount of lore and counsel necessary for mortal life inside its pages, "Baharestan" is revealed as a synthesis between the East and the West in the latest exhibition of the artist. To summarize the "gardens" in "Baharestan," the first garden speaks of those who see a true path from afar. The second garden seeks the answer to questions like who the real philosopher or scholar is. Who should truly be called wise? The third garden mentions the growing of fruits of mercy and justice, and flowers blooming. The fourth garden is where the fruits of grace and generosity grow. The fifth garden is about love, affection, the grass of compassion and nightingales. The sixth garden mentions the gusts of humor, cheering hearts and putting smiles on dimply lips. The seventh garden is where parrots mellifluously sing odes with their knack and skill for lyrics and songwriting. The eighth garden is the final garden, which consists of several eye-opening, disentangling stories about the condition of mutes.

Demirci's paintings are made of compositions based on insight, coincidence and contemplation. And he seems to create these compositions, not with the intent of depicting a narrative or story, but to trace our very existence and annihilation. He highlights the fact that his works are about the thoughts and dreams of wise people who confer with nature instead of struggling against it. In other words, his paintings are built with a rationale based on wisdom. We, as the audience, find ourselves sliding into fairy tales and the rhythm of his studiously formed patterns and colors.

In Demirci's paintings, it is possible to perceive the human form as corporeally coherent but depicted as shadows or simple silhouettes. Moreover, these shadows pertain to humans who fly and scurry about, in a free fall. Some of the main images featured are breasts, eyes, leaves, birds and fingernails along with mustached, turbaned, bearded male heads and savage, monstrous animals. These entities are always apparent in various forms somewhere around the space, springing to life again and again at every turn.

The artworks in "Baharestan: The Story of High Trees and Delicate Flowers with Rivers Flowing Alow" are made of compositions based on insight, coincidence and contemplation, and they are accompanied further by melodies composed for each artwork by Turkish conductor, Aytuğ Ülgen. Built on the friendship of Özgür Demirci and Aytuğ Ülgen and their shared adoration of Oriental arts, this merger between two different disciplines of art is rare and exceptional. This new exhibition of the artist evokes feelings of authenticity and uniqueness in the minds of the audience. The curatorial structure of the exhibition is created on the basis of the rhythm of the composed artworks. In this sense, the artworks in the exhibition speak to each other. One of the most remarkable of these is "Baharestan Series 7th Garden; Those whom you keep closest to your heart away from all evil would tear your eyes out if and whenever given the chance," a 4-meter-long painting at the core of the exhibition. Influenced by symbols of Matisse and his famous opus "The Dance," which can be traced back to pagan Bacchus festivities, Özgür Demirci highlights the rhythm and inspiration provided by the East in favor of the West in his own manner and interpretation as an artist living and producing his works in the so-called Orient.

As for the texts written by Alper Atalan in the catalog of the exhibition, they have an important supporting role in referencing the artwork in the exhibition.