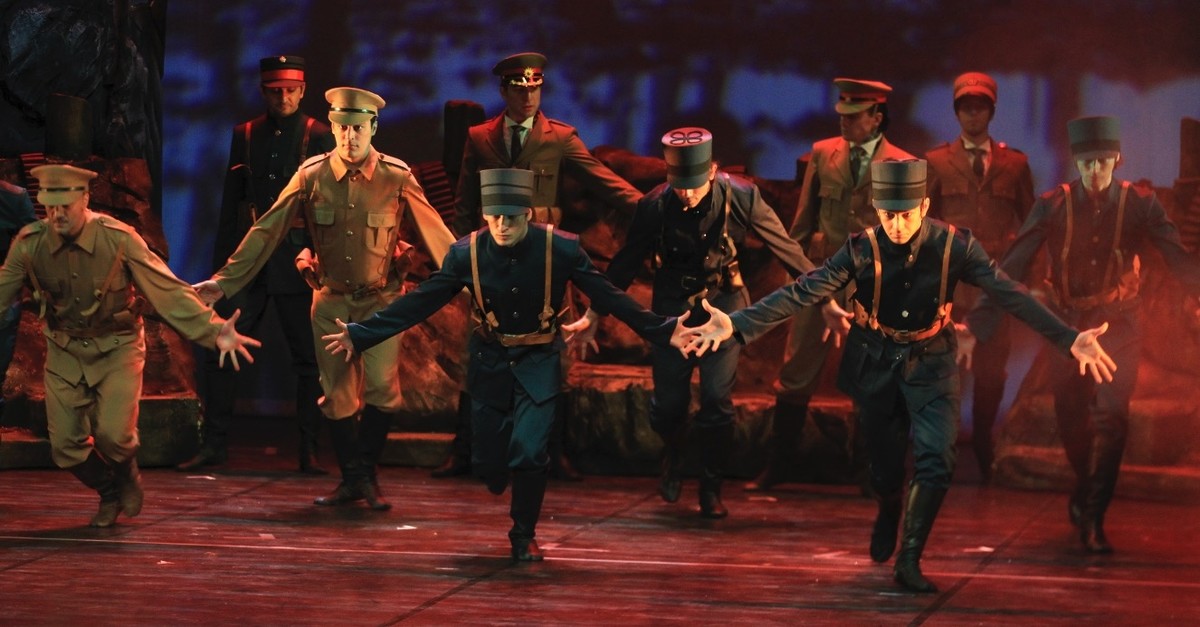 One of the most precious art institutions that Atatürk opened in the Turkish Republic, the Samsun State Opera and Ballet is primed to celebrate the 100th anniversary of their arrival with the world premiere of the opera "Yeniden Doğuş" ("Rebirth").

The world premiere of the opera will be organized at Istanbul Haliç Congress Center by Samsun State Opera and Ballet, which celebrates its 10th anniversary this year on May 16.

Mustafa Kemal Atatürk and his comrades started the journey of the national struggle torch that will be lit in Samsun and will change the fate of Anatolia from Istanbul on May 16. "Yeniden Doğuş" will make a reference to this famous journey with its premiere on the same day in Istanbul.

The opera, which opens with the painful story of the public who were made to migrate from Rumelia to Istanbul after the Balkan War in 1912-1913, will depict the years of World War I, the Gallipoli Campaign, Istanbul in the occupation years, the Samsun journey on the SS Bandırma ship, the congresses in Amasya, Erzurum and Sivas, the Great Offensive, the War of Independence and the announcement of the Republic with arias, duets, choir songs and dances.

Thanks to this work, which presents a first in Turkish opera history, Mustafa Kemal Atatürk will be acted out as an operatic voice in a work for the first time. The role of Atatürk will be performed by tenor Ali Murat Erengül, one of the artists of the Istanbul State Opera and Ballet.

Hatice Zeliha Kökçek will appear in the role of Zübeyde Hanım, Atatürk's mother, and Eda Bingöl Gürkan in the role of Fikriye Hanım, the childhood friend and crush of Atatürk. While Atatürk's sister Makbule Hanım will be performed by Sezgi Elhüseyni, Gürkan Sezgin will take the role of İsmet İnönü, the first prime minister and second president of the Turkish Republic.

The general director and general art director of the State Opera and Ballet, Murat Karahan is also the art director of "Yeniden Doğuş." The libretto and composition of the opera belong to Tevfik Akbaşlı. It will be staged by a team of nearly 130 opera, ballet and orchestra artists.

The opera, directed by Şahan Gürkan, will be performed under the baton of conductor Serdar Yalçın.