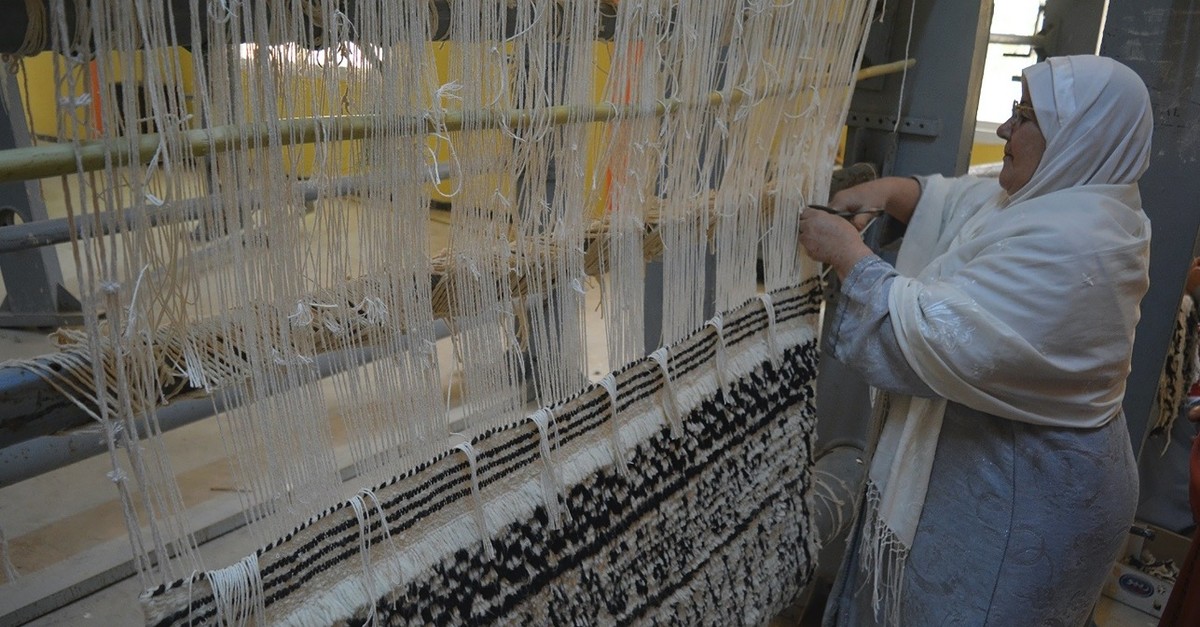 The Turkish Cooperation and Coordination Agency (TİKA) has provided material support to a center that produces carpets using local and Turkish motifs in the municipality of Kalaa in the Relizan province of Algeria.

TİKA provided 10 sewing machines, 1 ton of wool yarn and related carpet production materials to boost production at the workshop. The support will help more women gain employment at the center in the near future. Kalaa Municipality Mayor Keddar el-Hadj said the center was founded in the 1960s and it worked intensively, enough to export carpets at one time. However, it was shut down during the civil war the 1990s. He explained that the center was reopened in 2018 with the opportunities of the municipality.

El-Hadj said they cannot work at full capacity yet and they will employ about 70 women over the next few weeks at the center, which currently employs eight women.

He said Kalaa carpets, on which local and Ottoman motifs were knotted, are an important cultural heritage. "We want to keep this heritage alive," said el-Hadj. Turkish presence in Kalaa began in the 16th century and continues even today. There are still many families with Turkish surnames such as Çavuş, Osman and Türkmen in the town. A mosque and a prayer hall, dating back to the Ottoman Empire, are still in use there.