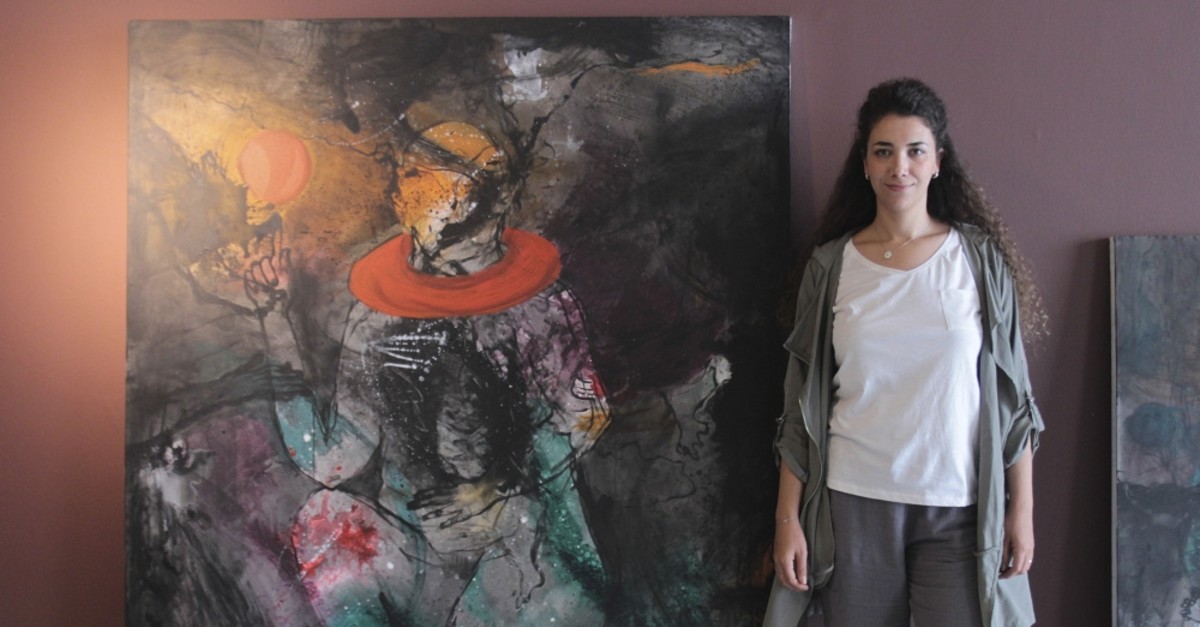 Syrian painter Hiba Aizouq, who had to leave her country because of the civil war, has been embraced by the peaceful environment of CerModern's workshop. Benefiting from CerModern's workshop as part of the artist residency program, Aizouq has produced many works there. Her "Unconditional Stories" exhibition opened for art lovers in the capital Ankara on Wednesday.

After the civil war broke out in Syria, Aizouq first went to Irbil and then later to Istanbul. Despite the trauma she experienced, she never gave up her passion for painting and continued to create in every place that she went. She opened her first solo exhibition in Irbil. Attending workshops in Istanbul, Aizouq opened a new chapter in her art life with CerModern's Artist Residency Program. Sustaining her work in the workshop at CerModern, the artist has gone on to produce many new pieces.

Hiba Aizouq explained that her latest exhibition in CerModern focuses on introverted, relaxed and even lazy individuals.

Noting that one of the subjects she focused on is relationships, Aizouq said she does not limit this as the relationship between a man and woman, and prefers sexless figures on her canvases.

Aizouq also included portraits in the exhibition. "I painted portraits because you understand things about a person from his or her face. You can feel whether this person is ok or not from the face again," she continued. Mentioning her sorrow regarding the civil war in her country, Aizouq said the situation might be reflected in her works in a negative way, but she generally tried to focus on people.

"Surely, there are some influences of the civil war. I cannot prevent this effect. However, I tried to talk about humanity. Therefore, there are good, bad, ugly and beautiful things."

While explaining that art is a global language, she stressed: "I speak this language. Painting is so important to me. I can paint everywhere, but I truly miss my country."

Aizouq emphasized that CerModern's Artist Residency Project is an important opportunity for her and continued: "It is like a dream for me. I am so happy. There is great energy here, and I feel so comfortable. I created new and nice works here."

Comprised of 60 works by the artist, "Unconditional Stories" will remain open at CerModern's Hub Gallery until June 16.