A moving image of Earth: The ecological humor of Elmas Deniz 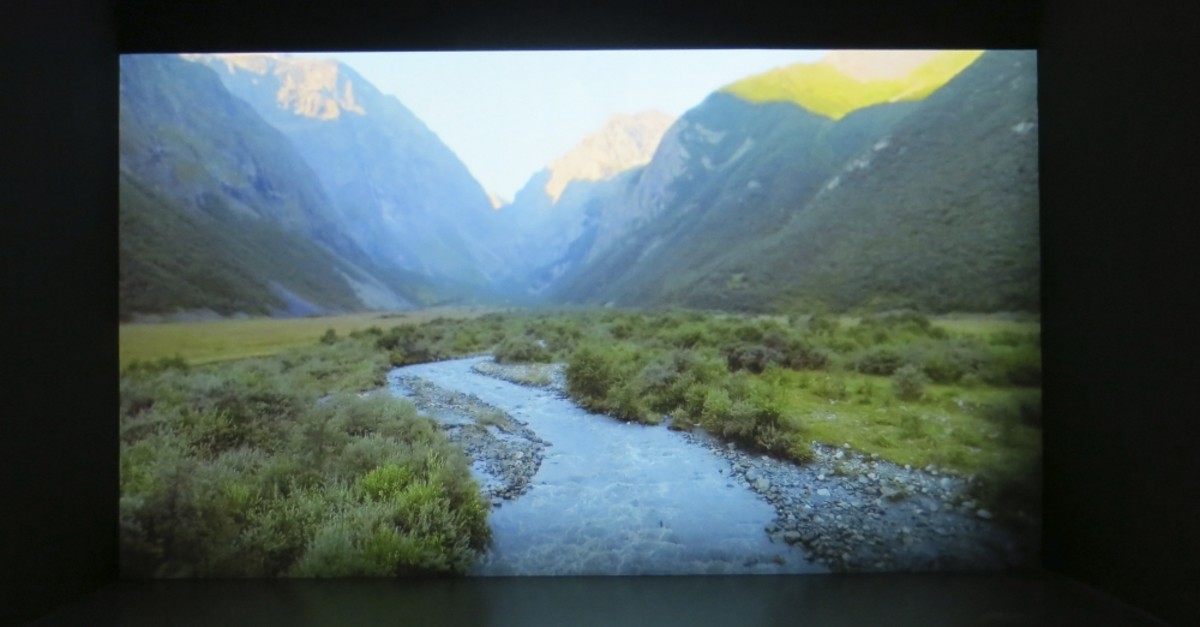 Along the ritzy Teşvikiye Avenue in Istanbul's consumer district of Nişantaşı, artist Elmas Deniz is showing three videos made in Sri Lanka, Sweden and North Ossetia-Alania, curated by Francophone philosopher and sociologist Ali Akay at Açıkekran New Media Art Gallery in Istanbul and seven other cities throughout Turkey until June 21

Nature is taken for granted. Its immediacy is absolute as to render abstraction void. But it is a concept, a mere word to encapsulate a phenomenon so completely encompassing that it can never be pinpointed by any single, exclusive source. There, it differs from monotheism.

Biology is of secondary importance to the hard sciences. Observing life is a kaleidoscopic adventure into the pitfalls of anomalies and exceptions to broken rules. In science, art and religion, nature is the mythical personification of the universal mother matrix of material, wielding the double-edged sword of life's diversity and death's climate.

To speak of nature as a realm of inquiry without reference to human perspective is as dramatic a severance as the separation of mind from body, reinforcing the essential contradiction between experience and consciousness in a universe that is only known because it is sensed. To objectify nature is an act of mutual exclusion destructive to life.

Both as reflected in history, with the legacy of colonialism, and from an ideological viewpoint, to capture nature, to possess it purely as an externality, is to force people out. Naturalism implies an existential confrontation with the interdependent nature of reality. It could be argued that the cultural and technological institutions that have advanced to measure trends toward ecocide have also caused its unavoidable threat.

To see the world is, arguably, to back away from it, to claim independence from its sway in the name of patriarchal, anthropocentric cultivation. Nature alludes to superficial beauty for societies couched behind the walls of agricultural urbanization. For subsistence land defenders, nature is constantly in heat. She gives birth to food, and screams out in pain with generous, unconditional love. 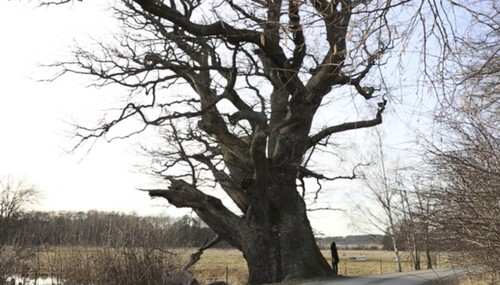 Beyond conceptualism, the vicissitudes of mass, mortal change in the human world mirrors the greater planetary forces of chaos and power. The scheme of civilization is to instigate control over the environment, to find the loopholes of energy that would permit Dionysian revelry for all time. As the globe reels from the overburdens of fossil fuel industrialism, an unpeopled valley, an old tree, and an alluring rainforest set the stage for a welcome, thoughtful reconsideration of nature as the integrated wholeness of humanity with its life.

Ali Akay, a prominent Sorbonne-educated translator of French philosophy into Turkish, locates the art practice of Elmas Deniz between irony and reverence. At the back of Açıkekran (Open Screen) in Teşvikiye, under the dim shade of three screening rooms surrounded by a cooling bank lobby, "Human-less" (2015) runs its 6 minutes and 11 seconds of stunning footage through a remote mountain valley in North Ossetia-Alania, one of Russia's most pristine, untouched wildernesses.

When the finicky equipment is fully functioning at Açıkekran, the score by Can Candan carpets a soothing, magic ride over the geological masterpiece of the highland. Like the hearty lungs of a lone climber resting atop the summited peak, synth pads expand and contract over the crystalline lens that captures flowing water and tree-line scree with a light, surface touch.

Filmed in the Caucasus Mountains with a state-of-the-art drone camera, the video was commissioned for the AlANICA International Symposium in Vladikavkaz in March 2015, and departing from its stunning aerial cinematography, the work examines the superimposition of human omnipresence. At once, the untrammeled riverine meadows sparkle, yet hint at what was lost throughout the world.

With her characteristically inventive incorporation of text into her multidisciplinary visual art, Deniz adds a flickering computer warning: "you are not a bird" in Turkish and English near the finale as the panning shot descends back from the heights where its glory is marred by the sharp, mechanical movements of the frame. It is the beginning of the end for the land's virginity. And before fading out to black, the vantage point appears as from human eye-level.

"Human-less" is a wise place to start thematically digesting the three-video exhibition, titled, "Integration with Nature", translated into English from the Turkish, "Doğa ile Bütünleşmek", which can be reworded, "communing with nature". The root of the verb indicates wholeness. That said, the video art of Deniz is approachable, inviting as an expansive, vibrant ecology, however set with gently refracted pearls of conceptual and historical research.

Her natural sense of humor

It was a cold, late winter day in 2014 when Deniz found a 600-year-old tree leaning off the side of a thin, gravelly road on royal property outside of Stockholm. Its boughs were bare, but heavy with the saga of a time spent on Earth unfathomable to a little person. The gothic, arboreal wonder had witnessed the seed of its host nation sprout and mature into an enviable Scandinavian state. Deniz had come to assess its worth. She was not strapped for kroner, commissioned by the International Artists Studio Program to produce an evergreen work.

"The Tree I Want to Buy" (2014) has the carefree resemblance of an indie film, like that of early Jarmusch, self-aware, unpretentious in its slack wandering to experiment with the absurdity of reason, far gone from centers of recognition with nothing more than plain style and a curious idea. She counts her cash and drops some bills after scrutinizing the product. Executing a blunt, social message requires personable tact to preserve the charm of art, particularly when echoing the tragic environmental effects of capitalist commodification.

Deniz reclines effervescent and witty on the sharp corners of the worldwide argument as national leaders fumble to address environmental catastrophe while the Anthropocene era gains increasing clout and the threat of global warming continues with cringe-worthy political theatrics. In response, she dances on eggshells. Her most recent video, "Made to be Seen" (2018) is a play on the language of advertisements. With a deadpan voiceover by Lara Ögel, the evocative allure of the exotic jungle near Kandy is humanized in the worst sense of the term.

While the space at Açıkekran does not have the amiable ambiance of a popular, neighborhood gallery, the corporate vibe offers a blank slate, counterintuitively setting the mood for a clear exposition of contrasts. Deniz animates that most pivotal of human questions with tasteful provocation, balancing distinctions between culture and nature with the eye of a prehistoric painter fleshing out a sooty mural of predators. The Allegory of the Cave, written by Plato in 517 BCE, teaches how provincial minds are unable to understand the seer who scatters the symbols and shadows of forms with knowledge gained by direct perception. In her videos, Deniz returns to the cave of worldly urban society having seen nature, and shows that it is just another cunning, human artifice. The trick is I.