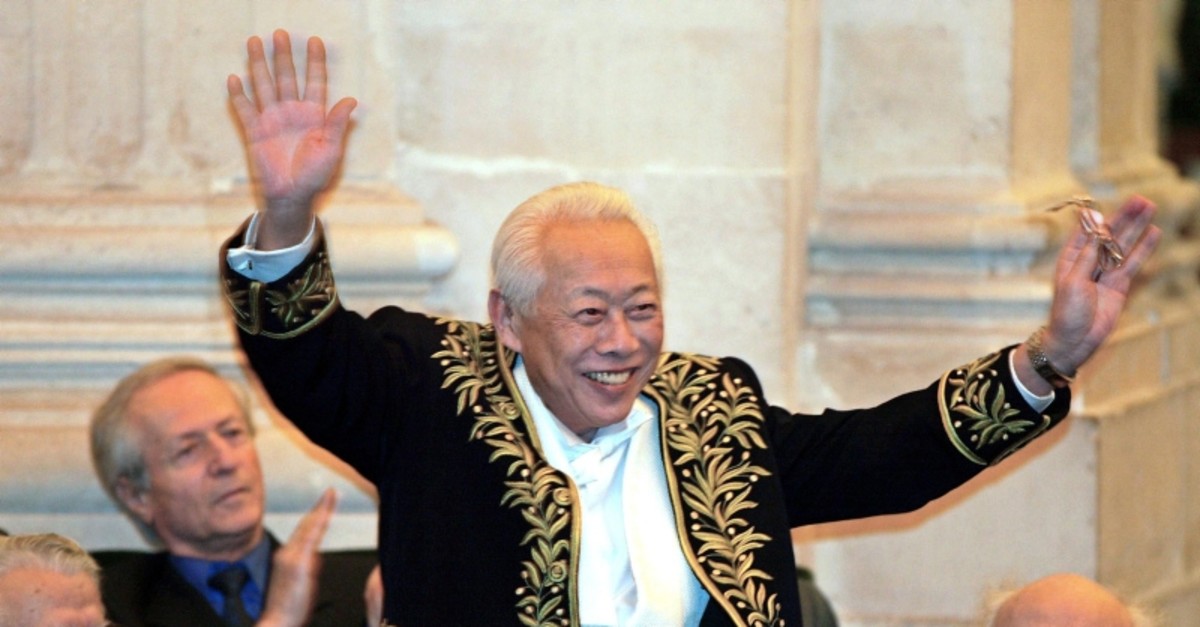 In this file photo taken on November 26, 2003 French-Chinese painter Zao Wou-Ki (C), gestures during his induction ceremony in the painting section of the Academy of Fine Arts (AFP Photo)
by French Press Agency - AFP
Jun 06, 2019 11:08 pm

Paintings by two of the "Three Musketeers" of Chinese art, Chu Teh-Chun and Zao Wou-Ki, have set new records, going for nearly 10 million euros ($11.2 million) at a Paris auction.

The Chinese-born painter, who like his fellow modernist master Zao spent most of his life in France, was the first ethnic Chinese member of the French academy of fine arts.

He died in Paris aged 93 in 2014. With Wu Guanzhong, the pair is known as the "Three Musketeers" of Chinese art.

Zao's work "24.1.61/62" went under the hammer for more than 4.6 million euros in the same Artcurial auction -- four times what it was expected to sell for.

Both paintings went for record prices for the artists outside Asia.

The other headliners at the Paris sale were 15 watercolors by the Spanish surrealist master Salvador Dali, which went for 1.2 million euros.

The works, created between 1959 and 1976 for the Spanish pharmaceutical company Hoechst Iberica, were for New Year's greeting cards sent out to clients.

In addition to painting the cards, Dali penned exuberant holiday wishes and put his signature to them.

The works were displayed for two decades at the Dali Foundation in Figueras in his native Catalonia.