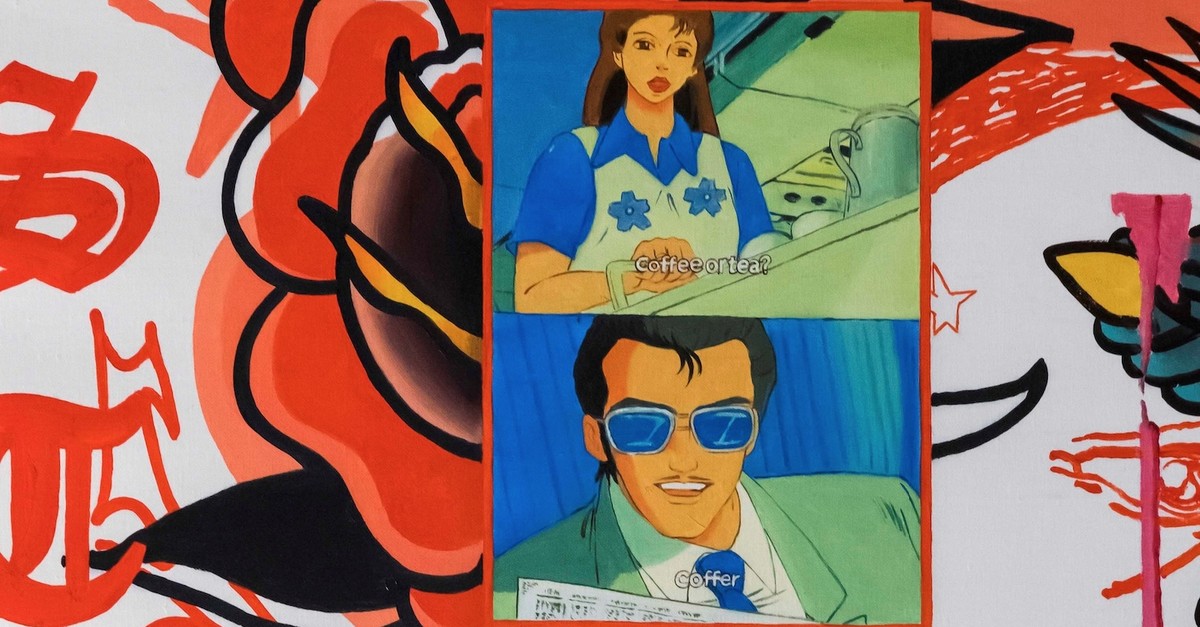 Bora Aku0131ncu0131tu00fcrku2019s work addresses ideas from the world of the internet and deals with themes such as apocalypse, internet culture and aesthetics, social arrangements, feelings and expression in the digital age.
by Daily Sabah Jun 07, 2019 12:12 am

Pilevneli Gallery is currently presenting a new body of work by Bora Akıncıtürk at its Dolapdere location in Istanbul until July 6. The exhibition "(applause") is the artist's second solo show with the gallery since he joined in 2017.

Akıncıtürk will debut new paintings, a new sculpture and an installation which will act as an epilogue for the previous show he held with the gallery last year. Akıncıtürk is known for his engaging works in a wide variety of media including painting, drawing, sculpture, installation and video. His work addresses ideas from the world of the internet and deals with themes such as apocalypse, internet culture and aesthetics, social arrangements, feelings and expression in the digital age.

Born in 1982 in Ankara province, Akıncıtürk has taken part in shows in various corners of the world from Prague to Italy, from the U.K. to the U.S. Akıncıtürk holds a Bachelor of Fine Arts in Graphic Design from Yeditepe University, Istanbul and has done his fine art postgraduate studies at Middlesex University, London, 2008.