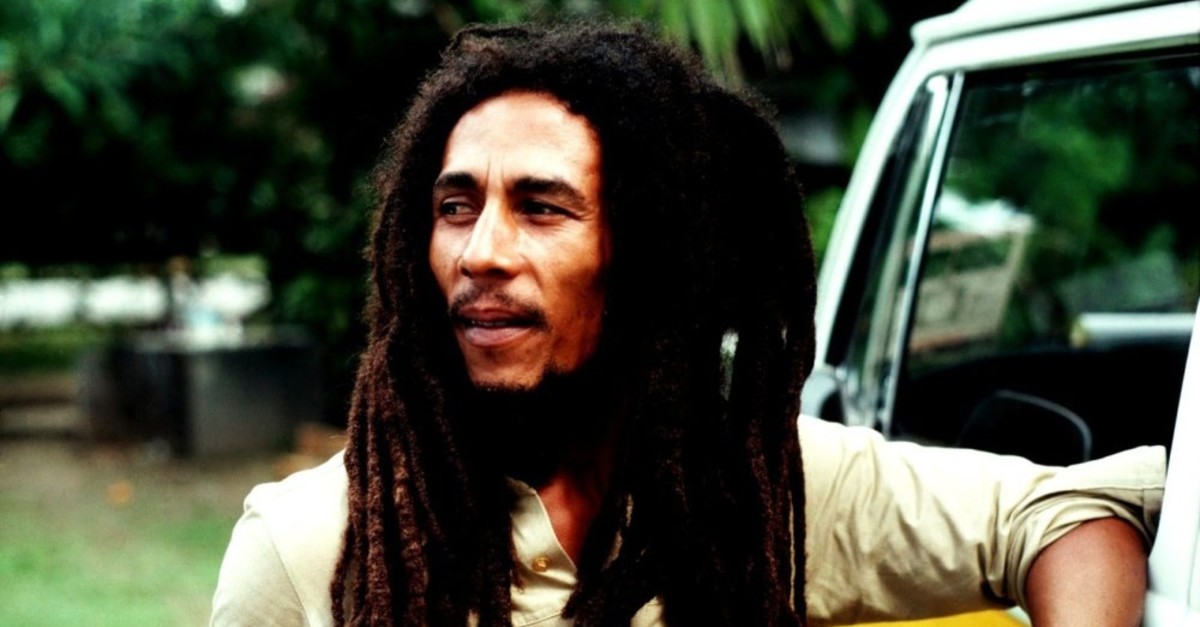 Bob Marley was a football ,fanatic,, and liked to organize pick-up matches with his bandmates between concerts.
by French Press Agency - AFP
Jun 08, 2019 12:17 am

In Jamaica, the spirit of Bob Marley is inescapable: it permeates the Caribbean island nation, even its football pitches — a sign of the reggae legend's passion for the sport.

After Marley's death, his children picked up the torch and the country's women's team, who have qualified for their first-ever World Cup this summer in France, owe a lot to the musician's daughter Cedella.

"Two things he loved were music and soccer," says Allan "Skill" Cole, a one-time local football star who befriended the music icon in the 1960s.

Cole told Agence France-Press (AFP) that Marley was a football "fanatic," and liked to organize pick-up matches with his bandmates between concerts.

Cole, who is now a 68-year-old with fine gray dreadlocks, was a teenager at the time.

"He wanted to do everything that we did. We trained together, we ran in the morning... The only thing he didn't like was going to the gym," Cole said at a hotel in the Jamaican capital Kingston.

Just a few minutes away, at the Bob Marley Museum, among the portraits of the musician that line the walls is a photo of him on a football pitch, chest squared and socks high, 1970s style.

"If I were to play him on a team, I would put him on defense

he was fearless, he loved to tackle," said Cole, who eventually became Marley's tour manager and even was credited with co-writing some songs, including "War." Football is even intertwined with the story surrounding Marley's death in 1981 of skin cancer, which first developed under his toenail. During a game, Marley was tackled and injured his toe. A closer look revealed the rare form of melanoma. Many including Cole believe that an initial infection caused the cancer, even if no medical evidence backs up the theory.

"That's where the toe first gave signs" that something was wrong," he said.

"But we didn't take it very seriously then."

In the name of the father

Marley's passion for football runs through his family.

In 1998, his eldest son Ziggy recorded the official anthem of the "Reggae Boyz," Jamaica's men's national football squad, when they qualified for their first World Cup. In 2014, Cedella Marley came to the rescue of the women's team when their program was axed by the national federation and they even slipped off FIFA's official rankings list. Thanks to Cedella, the "Reggae Girlz" quickly regained sponsors and media attention - and launched themselves right into the race for the 2019 World Cup.

"She had a vision from her father. I'm fortunate to be part of it. The players are the same way, they talk about it all the time," said head coach Hue Menzies, with an air of reverence.

"She stuck her neck out for us. She has been here from day one."

In Jamaica, such a gesture does not go unnoticed. On May 19, at the team's last home game before the World Cup begins, the announcer at the National Stadium in Kingston thanked Cedella a businesswoman, singer and fashion designer at least a half-dozen times.

Marley, who was in the stands, told AFP after the game a 3-1 victory for the home team over Panama that her passion for the sport came from her dad.

Football "has been in my life since I was born, so it was only natural to be a part of it," the 51-year-old said after embracing the players

and consoling the losing squad.

"They needed help, they are women, they were being told they couldn't play a sport that they love. So we got involved and here we are!"

Even if many of the players were not even born before Bob Marley's death, they are aware of his legacy and the power his name still holds in Jamaica.

"To have a Marley behind us, it's a great feeling," said one of the team's stars, striker Khadija Shaw, her eyes lighting up.