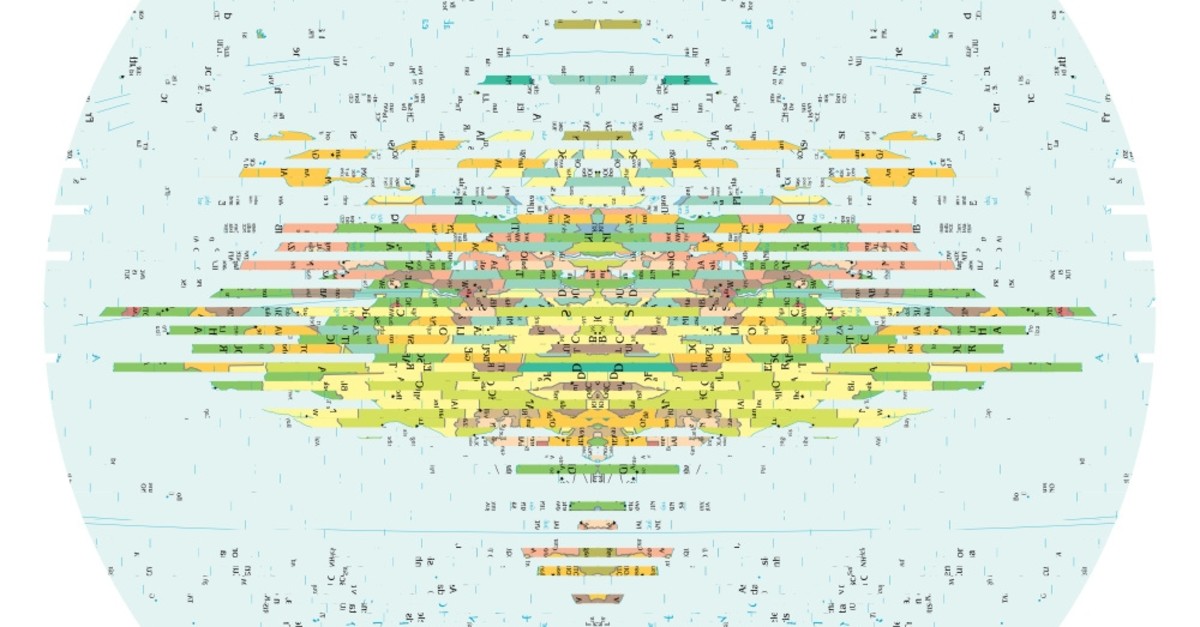 The exhibition ‘Fragments of a Hologram Rose,' inspired by the eponymous 1977 story by William Gibson, who coined the term ‘cyberspace,' has brought together Turkish, Japanese, French and North American artists in a group show

The "Fragments of a Hologram Rose" exhibition curated by Ludovic Bernhardt and Luz Blanco with the participation of the artist collective Chim-Pom and artists Cari Gonzalez-Casanova, Erol Eskici, Luz Blanco, Sergen Şehitoğlu, Berkay Tuncay, Eric Arlix and Ludovic Bernhardt is being held at Istanbul art space SANATORIUM until June 30.

The short story "Fragments of a Hologram Rose," written in 1977 by William Gibson, is the starting point of this exhibition which brings together eight artists of different nationalities. William Gibson, author of the famous cyberpunk novel "Neuromancer" and creator of the term "cyberspace," enable the team to use the title of his short story for the exhibition, which takes a personal look at this dislocated story where poetic hallucinations contaminate communication networks.

In this short story, political and narrative disorders consisting of images, kaleidoscopic fragments

— all participating in a general disturbance where reality is mixed with simulacrum are superimposed. The exhibition connects contemporary artworks that, by analogy with William Gibson's literature, immerse us in a re-reading of the globalized world of information.

nch, Japanese and North American artists are positioning themselves in front of a world of machines where images, communications, and stories intertwine permanently, changing our apprehension of reality. They freely interact with the complexity of the text and its many striking narrative fragments very close to the cut-up creative process experimented by Brion Gysin and William Burroughs in the 1960s.

The works exhibited are both narrative and visual: they explore literary fragments that, side by side, develop a type of narrative to rearticulate, where the texts compete sometimes with the images. The exhibition documents a certain energy conveyed by heterogeneous works that reflect, not only our culture and our society but also critical relations with our present which is decidedly part of a "Gibsonian" space.

Here is some brief information about a number of the artists who contributed to the group show:

Born in 1980 in Istanbul, Sergen Şehitoğlu studied at St. Joseph High School and engineering at Yıldız Technical University (YTÜ). He continued his master's studies in photography at Marmara University and after his first solo exhibition at I.F.M Leica Gallery his works have been exhibited in various galleries and art fairs in Istanbul, Berlin, Brussels, Amsterdam, London, İzmir, Ankara, Bursa, Basel, Paris and Vienna.

Recently creating works in the field of post-internet,

the artist presents his data visualizations as photographic products.

Having published the photography books "O dB" in 2013 and "Kill Memories" in 2016, Şehitoğlu is one of the founding members of the photography initiative GFI. He lives and works in Istanbul.

Luz Blanco is a French artist based in Paris. She has spent much of her life abroad, particularly in Istanbul and Lisbon.

Her drawings, photography, and installations explore the potential for dialogue between erasure, memory, and forgetting. Her works invite a metaphorical approach to the notion of a "soft error," or the type of mistake that poses no threat to the system that produced it.

Luz relies on an extensive drawing process to depict the underpinnings and mechanical disruptions of image and text, propelling the viewer into a veritable archaeology of memory. Just as historical and personal memories are intrinsically fragile; her images are haunted by their own disappearance. Her goal, to capture and preserve what remains, however faint the traces.

Ludovic Bernhardt is a visual artist and writer. He was born in France and is of Irish descent; he is currently living and working in Paris, after having worked in Istanbul and Lisbon. Just after being graduated from Le Fresnoy Contemporary Art Studio, he spent several months in India in Indo-Tibetan Himalaya where he discovered Hinduism and Tibetan art and religion; then he started to create a work which focuses on geo-cultural identities, cartographies, and political signs. Since this period he has produced various installations, objects, paintings, texts and graphics meditative diagrams, anxiolytics yantras, pills design, military codes, and disturbed borders to explore some psycho-geo-political problematics.

He is an artist represented by SANATORIUM in Istanbul. He has often collaborated with the art initiative space Plateforme in Paris and has participated in several exhibitions and Art Fairs in France, Turkey, Austria, Poland, India, Switzerland, Portugal, China and Greece. He was the curator of the exhibition "Hyphologie" showing French and Turkish contemporary artists in Istanbul.

Chim-Pom was formed in Tokyo in 2005 by the six artists Ryuta Ushiro, Yasutaka Hayashi, Ellie, Masataka Okada, Motomu Inaoka, and Toshinori Mizuno. They have held solo exhibitions at MoMA P.S.1, Art in General, Parco Museum, Tokyo, Saatchi Gallery, London, and Dallas Contemporary. They also have been invited to participate in many international biennials, including Sao Paulo Biennial and Shanghai Biennale, Lyon Biennale, and Asian Art Biennial. Their work is in numerous collections including the Hammer Museum, Los Angeles, Mori Art Museum, Tokyo, M+, Hong Kong, and The National Museum of Modern Art, Tokyo. In 2015, they opened their artist-run space "Garter" in Tokyo to curate and showcase work by many of their contemporaries. Since then, they recently have been working on various projects related to the theme of "borders" and presented "The Other Side," a project on the U.S.-Mexico border, in 2017.

Berkay Tuncay, born in Istanbul in 1983, studied at the Archaeological Restoration and Conservation Department of Istanbul University, followed by the Computer Aided Art and Design post graduate program at Mimar Sinan Fine Arts University. His practice is based on investigating multilayered effects of the Internet on global society by copying, combining, and transforming the cultural codes that are being distributed online. He evaluates, designs and realizes variety of objects in his works out of collected materials from the web. He participated in several artist residency programs such as Gastatelier NRW, Düsseldorf (2018), Cite des Arts, Paris (2014) and Art Center, Istanbul (2011-2013). Berkay Tuncay lives and works in Istanbul.