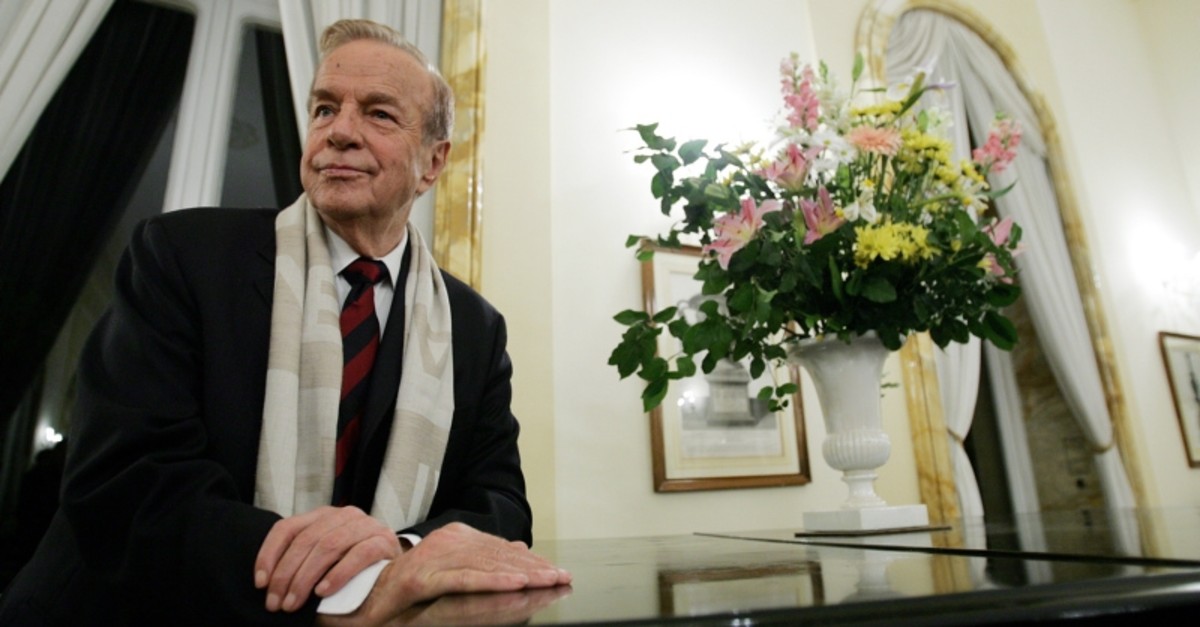 Zeffirelli's son Luciano said his father died at home at noon on Saturday. "He had suffered for a while, but he left in a peaceful way," he said.

Zeffirelli delighted audiences around the world with his romantic vision and often extravagant productions, most famously captured in his cinematic rendering of "Romeo and Juliet" and the miniseries "Jesus of Nazareth."

While Zeffirelli was most popularly known for his films, his name was also inextricably linked to the theater and opera.

Showing great flexibility, he produced classics for the world's most famous opera houses, from Milan's venerable La Scala to the Metropolitan in New York, and plays for London and Italian stages.

Zeffirelli made it his mission to make culture accessible to the masses, often seeking inspiration in Shakespeare and other literary greats for his films, and producing operas aimed at TV audiences.

Claiming no favorites, Zeffirelli once likened himself to a sultan with a harem of three: film, theater and opera.

"I am not a film director. I am a director who uses different instruments to express his dreams and his stories — to make people dream," Zeffirelli told The Associated Press in a November 2006 interview.

From his illegitimate birth on the outskirts of Florence on Feb. 12, 1923, Zeffirelli rose to be one of Italy's most prolific directors, working with such opera greats as Luciano Pavarotti, Placido Domingo and his beloved Maria Callas, as well Hollywood stars including Elizabeth Taylor, Mel Gibson, Cher and Judi Dench.

Throughout his career, Zeffirelli took risks — and his audacity paid off at the box office. His screen success in America was a rarity among Italian filmmakers, and he prided himself on knowing the tastes of modern moviegoers.

He was one of the few Italian directors close to the Vatican, and the church turned to Zeffirelli's theatrical touch for live telecasts of the 1978 papal installation and the 1983 Holy Year opening ceremonies in St. Peter's Basilica. Former Premier Silvio Berlusconi also tapped him to direct a few high-profile events.

But Zeffirelli was best known outside Italy for his colorful, softly-focused romantic films. His 1978 "Romeo and Juliet" brought Shakespeare"s story to a new and appreciative generation, and his "Brother Sun, Sister Moon," told the life of St. Francis in parables involving modern and 13th-century youth.