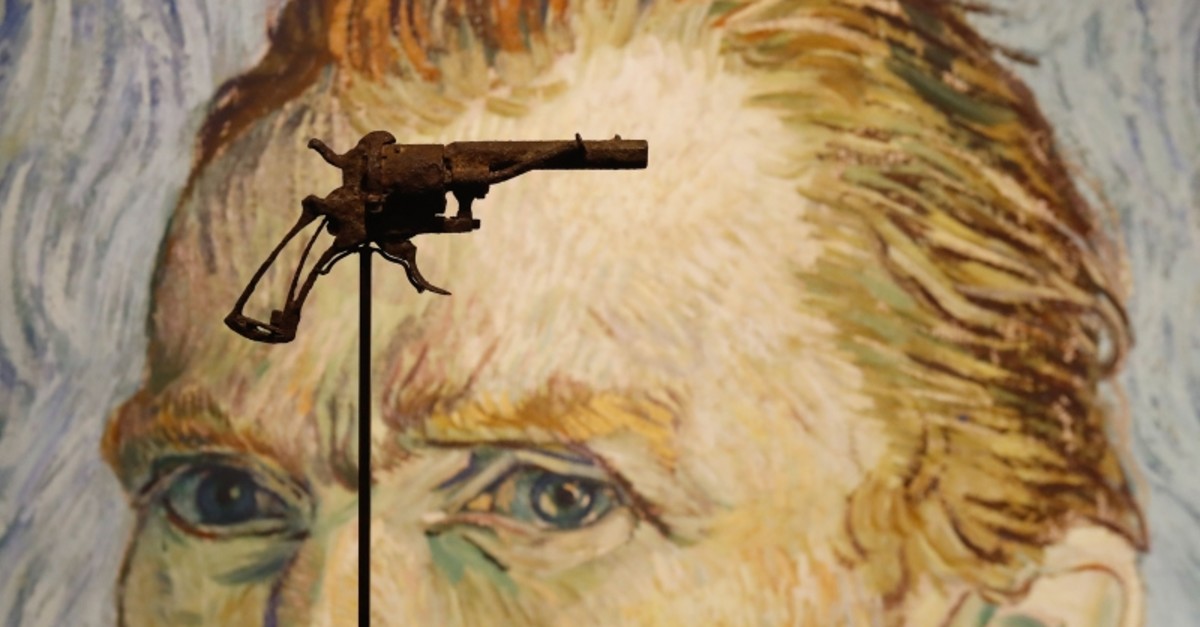 The revolver with which Vincent van Gogh is believed to have shot himself is to go under the hammer Wednesday at a Paris auction house.

Van Gogh experts believe that he shot himself with the revolver near the village of Auvers-sur-Oise north of Paris, where he spent the last few months of his life in 1890.

Discovered by a farmer in 1965 in the same field where the troubled Dutch painter is thought to have fatally wounded himself, the gun has already been exhibited at the Van Gogh Museum in Amsterdam.

While Art Auction, who are selling the gun, say there is no way of being absolutely certain that it is the fatal weapon, tests showed it had been in the ground for 75 years, which would fit.

The Dutch artist had borrowed the gun from the owner of the inn in the village where he was staying.

He died 36 hours later after staggering wounded back to the auberge in the dark.

It was not his first dramatic act of self-harm. Two years earlier in 1888, he cut off his ear before offering it to a woman in a brothel in Arles in the south of France.

While most art historians agree that Van Gogh killed himself, that assumption has been questioned in recent years, with some researchers claiming that the fatal shot may have been fired accidentally by two local boys playing with the weapon in the field.

Were local boys to blame?

That theory won fresh support from a new biopic of the artist starring Willem Dafoe, "At Eternity's Gate".

Its director, the renowned American painter Julian Schnabel, told AFP that Van Gogh had painted 75 canvasses in his 80 days at Auvers-sur-Oise and was unlikely to be suicidal.

The legendary French screenwriter Jean-Claude Carriere — who co-wrote the script with Schnabel — insisted that there "is absolutely no proof he killed himself.

"Do I believe that Van Gogh killed himself? Absolutely not!" he declared when the film was premiered at the Venice film festival last September.

He said Van Gogh painted some of his best work in his final days, including his "Portrait of Dr Gachet", the local doctor who later tried to save his life.

The bullet Dr Gachet extracted from Van Gogh's chest was the same caliber as the one used by the Lefaucheux revolver.

"Van Gogh was working constantly. Every day he made a new work. He was not at all sad," Carriere argued.

In the film the gun goes off after the two young boys, who were brothers, got into a struggle with the bohemian stranger.

Auction Art said that the farmer who found the gun in 1965 gave it to the owners of the inn at Auvers-sur-Oise, whose family are now selling it.

"Technical tests on the weapon have shown the weapon was used and indicate that it stayed in the ground for a period that would coincide with 1890," it said.

"All these clues give credence to the theory that this is the weapon used in the suicide."

That did not exclude, the auction house added, that the gun could also have been hidden or abandoned by the two young brothers in the field.

The auction comes as crowds are flocking to an immersive Van Gogh exhibition in the French capital which allows "the audience to enter his landscapes" through projections on the gallery's walls, ceilings and floors.

"Van Gogh, Starry Night" runs at the Atelier des Lumieres in the east of the city until December.