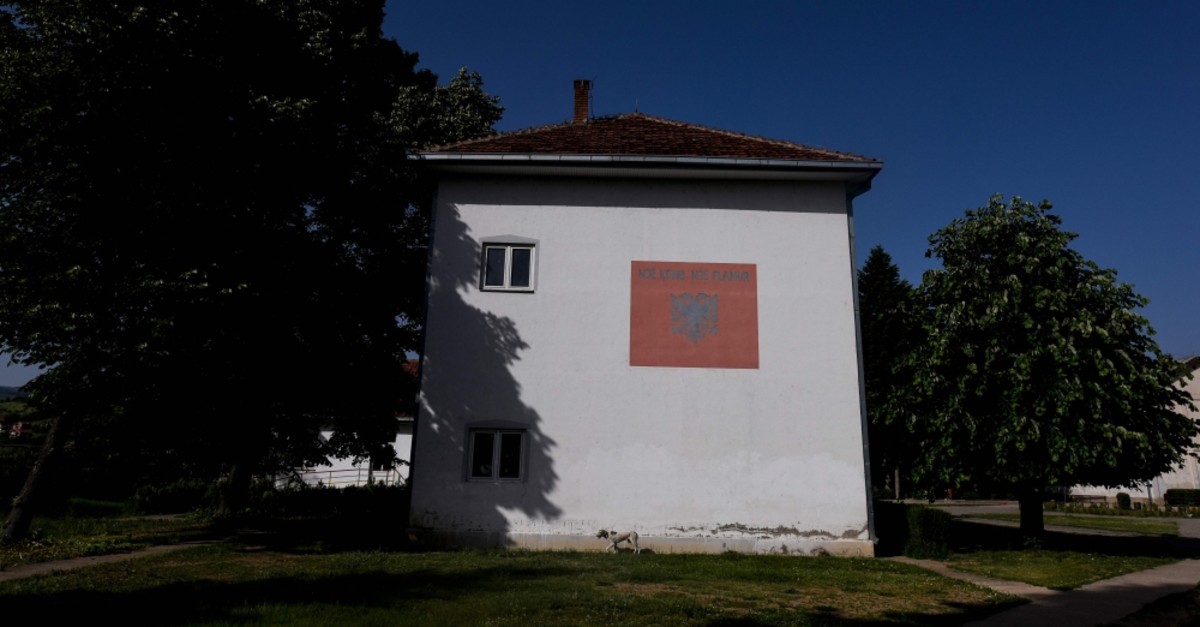 In eastern Kosovo, a small town is trying to encourage dialogue between its Albanian and Serb communities by starting with the basics: language.

This year in Kamenica, a municipality where 10 percent of the population is ethnic Serb, the local government launched free language courses in hopes of breaking down the mistrust that still divides the two groups across much of Kosovo.

There is a practical element too.

"I am learning Serbian because I live here, work here and have Serb customers who do not speak Albanian," says Suna Zajmi, a 32-year-old Albanian pharmacist who has been taking the classes.

Strahinja Vasic, a 25-year-old local Serb civil servant, is learning Albanian because he lives in a "neighborhood where they are in the majority, with only six Serb families."

"And it's also useful for my work," he adds.

Albanian and Serbian are both official languages in Kosovo, a former Serbian province, which is 90 percent Albanian but still home to around 120,000 Serbs.

Yet bilingualism has become increasingly rare since Kosovo broke away from Serbia in the late 1990s, a war that ossified bitterness between the two groups. Previously, when Kosovo was part of the former Yugoslavia, it was obligatory for Serbs and Albanians to learn each other's languages in school. Now education is mostly segregated, with each community having its own schools or curriculums.

In the divided city of Mitrovica, for example, where tensions remain high, some nongovernmental organizations (NGOs) use English as a common language to connect young people.

So far, 40 Serbs and 18 Albanians have taken courses offered this year by Kamenica's City Hall. Fifty others are on the waiting list for the next semester. The basic course lasts three months and consists of 40 lessons of 45 minutes each.

"But we did not apply this strictly as my students insisted on staying more, so we did around 60 minutes for a lesson," said Serbian teacher Teuta Kastrati.

The program was launched with support from the British Embassy and the International Organization for Migration (IOM), which is also working on building an online Albanian-Serbian dictionary. The two languages bear absolutely no resemblance, with Serbian hailing from Slavic origins while Albanian represents a unique branch of the Indo-European language family, making it distinct from every other modern European language.

Learning a language should not be a "political" issue but a "practical" one, said Svetlana Rakic, of the IOM. People "understand its usefulness... but often do not have the opportunity," she added.

Its 30,000 inhabitants suffer from the same high unemployment rates and economic problems plaguing the rest of Kosovo.

But their community was spared the worst of the violence of the 1998-99 war, which claimed 13,000 lives, mostly ethnic Albanians.

There was also a smaller exodus of Serbs afterwards than in other areas. That means families in Kamenica are not looking for missing persons, an issue that still haunts many in Kosovo, says the mayor.

And in Kamenica, Serbs and Albanians often live side by side, unlike in other areas where communities tend to keep to different villages or neighborhoods.

In another gesture of inclusivity, the Albanian mayor chose a 35-year-old Serb, Bojan Stamenkovic, as his deputy.

Stamenkovic, who speaks fluent Albanian and is teaching it to his community, considers himself "a Serb patriot who wants to help his community."

That is only possible by "integrating with the Kosovar system," he says.

Elsewhere in Kosovo, most Serb politicians align exclusively with Belgrade, do not speak Albanian and only engage in minimal cooperation with the government.

When Serb politician Oliver Ivanovic was murdered in Mitrovica in 2018, his bilingualism was noted as an exception among Kosovo's political class. Supporters saw it as a rare quality that gave him an ability to build bridges, while Serb detractors spurned his use of Albanian as unpatriotic.

Stamenkovic insists that "the mayor and I didn't perform a miracle" in Kamenica. "Inter-ethnic tolerance was there. We have just taken another step forward so that young people can have an exchange and find a common language on common issues," like "economic underdevelopment, unemployment," he said.

Kastrati, the Serbian teacher whose mother is Bosnian and father ethnic Albanian, lauds the project for running against "the general tendency to build walls" in Kosovo.

It has already generated significant interest, "and I am sure it could serve as an example" for other areas if it received political support, she adds.

The next hope is to bring Serb and Albanian teenagers together for joint courses, such as IT classes in technical schools. "It is the beginning of a success story," says Stamenkovic. "If we want to build true coexistence between ethnic groups, we must learn each other's language."