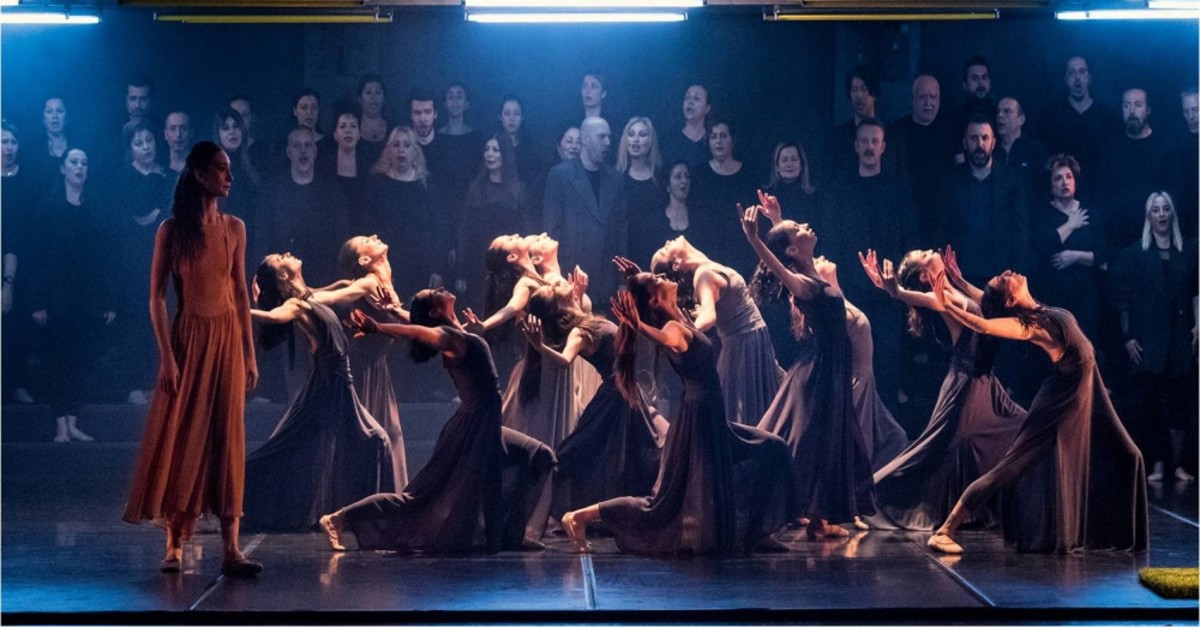 The International Istanbul Opera Festival, established after Istanbul was elected as the 2010 World Culture Capital by the State Opera and Ballet General Directorate, supports Istanbul in gaining a permanent place on the world's art map and becoming one of the world's highest quality art festivals. Its 10th edition will be organized between July 2 and July 14

Along with offering classic works of opera at a world-quality standard, the International Istanbul Opera Festival, organized by the State Opera and Ballet General Directorate, is among the international summer festivals and also contributes to the culture and tourism of Turkey in line with the targets and purposes of the Ministry of Culture and Tourism.

The festival will open with the opera "Turandot" performed by Ankara State Opera and Ballet on June 2-3 this year for the 10th time. Premiering in Ankara with a very special production, the immortal work, which was staged at Aspendos and of which Giacomo Puccini could not complete the last part of due to his passing away, is being staged at the festival. The work is presented under the directorship of Italian director Vincenzo Grisostomi Travaglini. The opera is about Puccini's most brutal female character, a Chinese princess living in Beijing named Turandot, and a Mongolian prince named Calaf. Turandot asks three questions to her suitors, and when none of her suitors answer these questions, they are executed one by one. Palace officials and Turandot's father want to put an end to this; however, Calaf is in love and decides to go after his love in this story. Including the famous tenor aria Nessun Dorma, the work includes many arias and is being staged by Ankara State Opera and Ballet with lively musical structure, gorgeous decor and vibrant costumes. 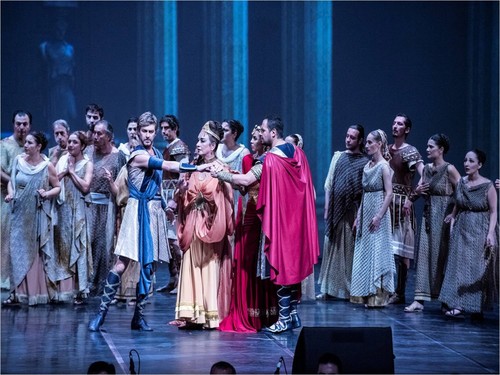 A scene from the succesful opera "Troy."

Within the scope of events organized by the Ministry of Culture and Tourism, last year was announced as the Year of Troy. "Troy" was produced by the State Opera and Ballet General Directorate and saw great success, reaching 20,000 viewers. It was staged at Bolshoi Theater, one of the most prestigious operas in the world, and applauded for several minutes by the viewers.

With a giant team of more than 300 artists and technical teams, the opera has not only been well received by Turkish art lovers but also saw success internationally. The music of the opera, staged by Ankara State Opera and Ballet, was created by Bujor Hoinic. The libretto belongs to Artun Hoinic and it is directed by Recep Ayyılmaz, and the choreography is by Volkan Ersoy.

State Theaters General Directorate Mustafa Kurt plays Homeros, and the opera reflects the story of the "Iliad Epic" by İzmir-based poet Homer with great decor, lighting, visuals, colors, music and dance, which are worthy of Anatolia's ancient values and glory. Tan Sağtürk will be paying Paris' brother Hector, as well.

Famous fashion designer Atıl Kutoğlu designed the costumes of the leading characters and the unique choreography of one of the dancers of the State Opera and Ballet, Bora Acar Zöngür, who had an accident while returning from his tour in 2015, will also be staged. The decor of the opera was designed by Aydan Çınar.

The first local and national Turkish oratorio "Yunus Emre," the glorious composition by Ahmet Adnan Saygun, will be staged on June 10 by Istanbul State Opera and Ballet with choreography and direction by Uğur Seyrek and will offer music and dance to viewers. Art lovers will be able to watch the orchestra, chorus and dances. The world premiere of the work, the libretto, which belongs to Uğur Seyrek and Işık Noyan, was held on Feb. 23, 2019. Soprano Özgecan Gençer, mezzo-soprano Deniz Likos, tenor Hüseyin Likos, bass Gökhan Ürben, İlke Kodal, Deniz Özaydın, Melike Koper and Berfu Elmas will all be featured in the opera. Istanbul State Opera and Ballet Orchestra, choir and dancers will also be included in the performance.

The work, composed from the poetry of Yunus Emre, the famous national poet and philosopher who lived in the 13th century, by Adnan Saygun after years of research, will be meeting the festival goers and bringing the love of Yunus Emre to the audiences.Night of Bolshoi Soloists Gala Concert

The "Bolshoi Soloists Gala Concert" will be performed by the Bolshoi Theater Soloists on July 13 and 14, creating a Russian air and offering a rich repertoire on the last two days of the festival.

Many operatic samples from operas such as "The Barber of Seville," "Il Trovatore," "Carmen," "Masquerade," "La Forza del Destino," "Samson and Dalila," "Manon Lescaut," "Don Carlo," "Don Giovanni," "Tales of Hoffman," "Turandot" and "La Traviata" will be performed at the concert, which will be organized on July 13-14 at Zorlu PSM.