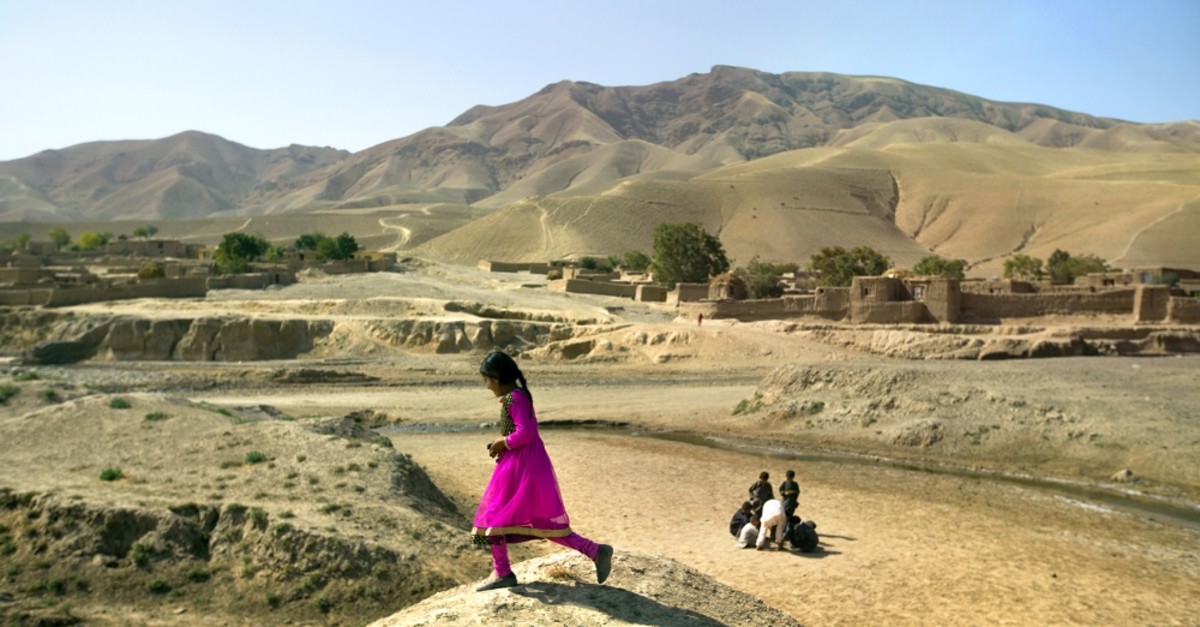 The exhibition focuses on abandoned tanks after the war in Afghanistan and Yemen, portraits of people who witnessed war, and orphans. The exhibition titled, "After the Conflict," has been available online as of July 1 and will be open until Aug. 30.

This is the first exhibition by a Turkish artist at Albumen Gallery, which mostly works with British and European artists focusing only on photography.

The curator of the exhibition, Stephan Schmid said: "We are very happy to work with Nevzat Yıldırım, a prominent photographer whose works can be found in the Boston Museum of Modern Art, U.S. and various private collections."

"Beyond his direct documentary photography or aesthetic influence, his works address a broader concern that transcends the lives of people in Afghanistan and Yemen and the particular geopolitical theaters of the war. The rapid togetherness of children and abandoned debris tanks create a powerful 'J'accuse' and is a visual protest reminding that children's lives always accept the guaranteed damage of the conflict," he said.

Together with this exhibition, the gallery will sell the limited edition of Nevzat Yıldırım's works to art collectors and represent the artist in Europe.

In 2013 and 2015 Turkish photographer Nevzat Yıldırım was invited by a Turkish human rights charity to travel to Yemen and Afghanistan to document some of the charity's work with orphaned children.

Working on these projects, in countries that were or had been war zones, left a deep impression on the photographer. The series "After the Conflict" was born out of this work.

Yildirim does not set out to add to the genre catalog of general war photography documenting and reporting from specific conflict zones. His pictures address a wider concern that transcends any specific geopolitical aspects of war.

Casually abandoned or wrecked hardware and displaced children separated from their families are a part of the scene, as are instances where children have been robbed of their innocence. And yet, the photos also capture something else. Despite the destruction, chaos and disturbing experiences these children demonstrate strength and positive energy in getting on with building a new life.