The Black Pen: A vision of Turkish lore 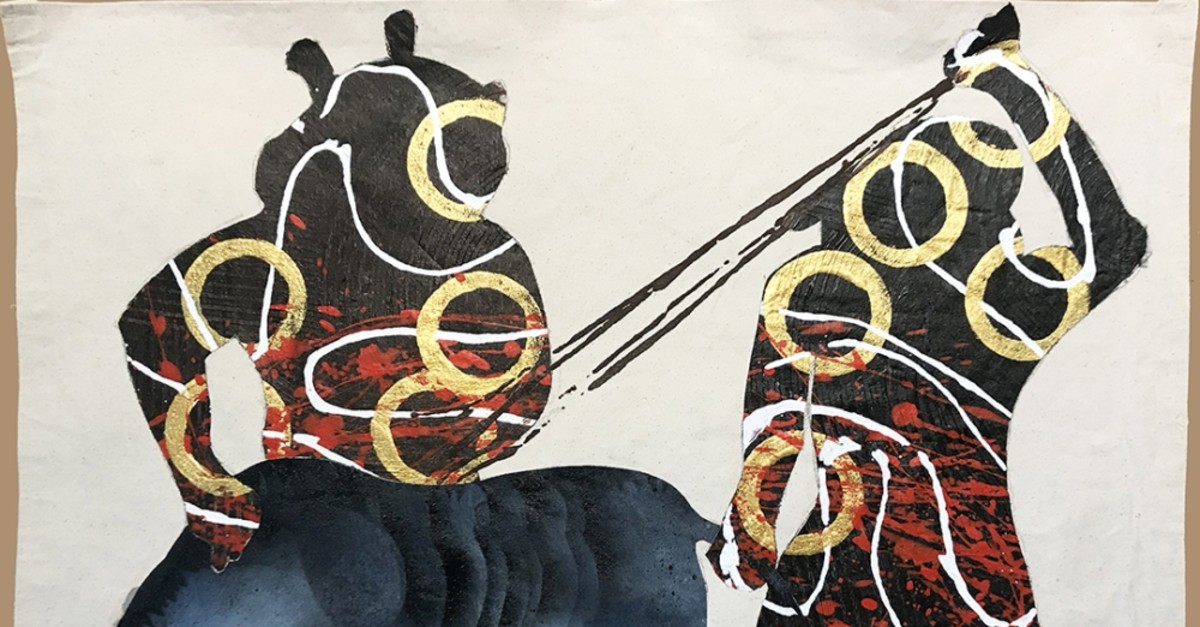 U.K.-based artist Richard Bartle inventively adapted the 14th century miniature paintings and storytelling legends of Mehmet Siyah Kalem, nicknamed the Black Pen for the sly darkness of his enigma, to focus on the tales and shadows of the early medieval past that expose the underbelly of Turkey's spiritual lore

In the subconscious of every nation are untold stories and songs, pictures and textures, aromas and emotions that its people know by heart, but do not ordinarily recall because they have moved on, physically and mentally, from acts of remembrance that would urge return. Deeply stored are the faces and forms of peoples and lands, ceremonies and objects since blurred to oblivion by the cacophonous din of modernity, the dizzying rush of globalization.

The flashy compulsions of neoliberal multicultural pluralism come with the corruptions of political power and its exploitive social consolidation. In the name of assimilation, the culturally distinct are disempowered, relegated as historical, or dissident. But the modern nation-state is an invisible chorus of imagined boundaries, like a perfect circle of straight lines through which populations endure the transmigration of their souls from liminal countrysides to urban cores.

It often demands the investigation of an outsider to best sharpen the critical lens through which people in states of transition are represented in cultural expression across the ages. Because time is a figment of artificial superimposition, generally biased to adhere to the straight-and-narrow course of teleological modernism, its definitions are deceiving. Art is especially transcendent, as its meaning and role adapts to every new generational context. 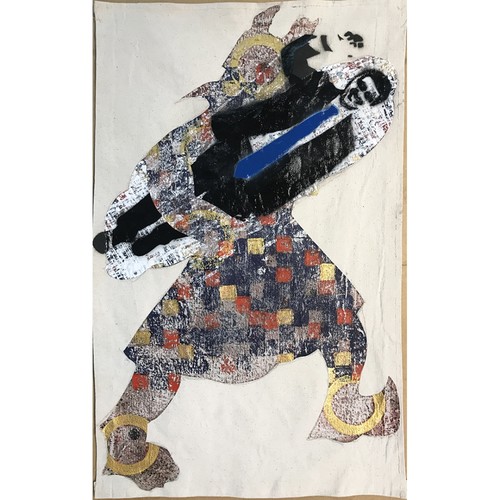 For seasoned critic Peter Schjeldahl, a staffer at The New Yorker, whose book, "Hot, Cold, Heavy, Light: 100 Art Writings, 1988-2018" came out in June, contemporary art is simply all creative work that exists now, no matter if it was painted in a cave 10,000 years ago in China, or is in the process of being drawn by a kindergartner in America. It is a signature of Turkey and the Orient in general, to develop its artistic heritage seamlessly through contemporary creativity.

In that light, the U.K.-based artist Richard Bartle excavated a treasure of Silk Road art when he discovered a mythical figure called, The Black Pen. It was after reading the classic field studies of the 20th century Turkish art historian Mazhar Şevket İpşiroğlu when Bartle found his enduring muse. İpşiroğlu was also a chief inspiration for his niece, Yıldız Moran, recently celebrated as the first professional female photographer in Turkish history by Istanbul Modern.

Under the wing of Lucifer

Bartle prepared an unpretentious solo show of assemblages and sculptures, which are currently on display at a small gallery, and artist residency located in summery Moda, Kadıköy on the Asian side of Istanbul, which goes by the name Halka Art Project (translated literally from Turkish to mean, "circle"). The house motif of circularity has ample relevance in the works of Bartle, who stayed in the historic apartment for two months to develop his practice.

Back in June, 2018, Bartle could be seen tramping through the colorful streets of Istanbul, a foreigner in the postcolonial European tradition of the white man's burden, weighed by a satchel slung over one shoulder, all dressed in black. He would observe the liveliest districts, like Cihangir, then wake every morning, run by the Sea of Marmara, and work nonstop, reflecting on his first encounter with Siyah Kalem at a Royal Academy of Art exhibition in 2005.

He also surveyed the enviable treasure collection of Topkapı Palace, with its fantastical permanent acquisitions chronicling the history of Islam, from the swords of the caliphs to the Prophet Mohammed's beard. But the miniatures of Siyah Kalem, were, in his words, "idiosyncratic". They tickled his fancy, not unlike the sensation encapsulated by the common Turkish phrase, "Şeytan Tüyü," directly translated, "The Devil's Feather".

Siyah Kalem was a storyteller as much as an artist. The narrative archetypes and characterful depth of his images captivated Bartle, who channeled his inner demons, titling the works of his show, "The Devil's Feather," and adapting the art of the 14th century miniature into 15 mixed media works on canvas and two sculptures. His monstrous, demonic figures align to the aesthetic affinities of early Turkic art.

From the Buddhist-leaning Uighur societies in the westernmost regions of present-day China to the Persian-influenced Seljuk dynasties who flung themselves across the Central Asian steppes to conquer Jerusalem, Bartle reconstructed the byzantine cultural fusions that traveled with caravans encamped along Silk Road cities. The figurative tastes of the works reanimate a shamanistic, pagan wilderness of human belonging to a world where spirits and men mingle.

A brush with historical fantasy

Inclined to streams of the fictional imagination born in the U.K., which is steeped in the backcountry folklore of wood fairies, mountain gnomes and riverine wisps, Bartle trained his eyes on humanoid beings whose unsavory ascendance to the earth was mythicized by contemporaries of Siyah Kalem, and which the medieval, eastern Turk committed to his classical discipline as a visual artist.

The piece, "Demon Kidnaps Man" (2018) is richly allegorical in form and in style, as its broad-winged, inflated body steps forward with burly legs patterned after the color and semblance of mother-of-pearl inlay, its avian-like torso splattered with black and white paint over a diagrammatic frame. On its shoulders, a stenciled likeness of a man's head stains the canvas deep ocean blue. He is downcast, lost and unrecognizable to his overgrown self.

Bartle makes two-dimensional artwork like a sculptor with a theatrical mind for set design. He has a piercing intuition for the roles that his illustrative subjects play, not only within the limits of the piece itself, but in dialogue with the architectural environment in which his works are seen. The ground floor at Halka Art Project is a claustrophobic, otherworldly interior that feels like a cellar entering further inward, despite never actually descending.

Bartle designed the works of "The Devil's Feather" in the last year. They are titled together, as "All My Demons" (2019), and exhibit an impressively well-researched range of exotic hues and geometric contours befitting the surreal historical setting which inspired them. One piece foregrounds a duo whose outlines cut into the canvas like the shadow puppetry of Karagöz, which Bartle researched for his 2018 show, "A Nomad's Tale," also at Halka Art Project.

The two unnerving anthropomorphic beings are warped, unearthly emanations. The pitch blacks and smeared reds swimming within their bodies convey a cosmic violence that swirls in star white trails of abstraction punctuated by hoops of gold. A horse bows under the arms of its ghostly master. The beast appears in the crossfire of an altercation between the faceless pair of mystery creatures. Another piece has a suited man carried away by a mystical ogre of the East.