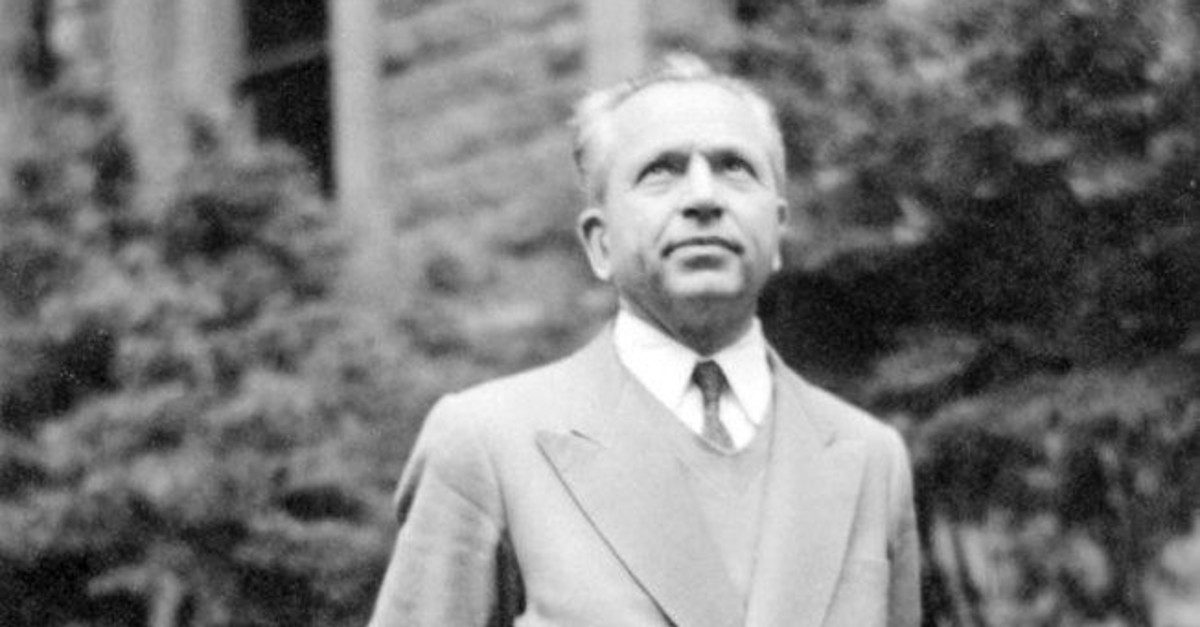 Nurettin Topçu, one of the most important Turkish philosophers of the 20th century, was commemorated Wednesday on the 44th anniversary of his death.

Born on Nov. 20, 1909 in Istanbul's historical Süleymaniye district, Topçu is known for his "philosophy of action" on the "ethics of revolt."

Spending his childhood in Istanbul, Topçu became interested in philosophy during his high school years.

After graduating from Istanbul Boys High School, he received a scholarship and went to Paris, France in 1928 to study Western philosophy.

Besides philosophy, he studied ethics, psychology, philosophy of art, history, logic, sociology and archaeology during his six-year education in France. He also received a bachelor's degree in art history at the University of Strasbourg.

Topçu graduated from Lycee de Bordeaux and Strasbourg University before pursuing a Ph.D. at Sorbonne University in Paris.

In 1934, he defended his Ph.D. dissertation titled "Conformisme et Revolte" ("Conformism and Revolt"), a prominent work in the field of the philosophy of ethics, at Sorbonne University by achieving outstanding success.

Topçu was the first Turk to study ethics in Europe and receive a Ph.D. in the discipline of philosophy at Sorbonne.

Although the Sorbonne University administration awarded him a gold watch and travel to America for his successful work, he did not accept this.

Instead, he asked that the Turkish flag be displayed in the entrance and exit towers of the university for 24 hours.

Topçu's request was met by the university administration.

In Paris, Topçu met some Turkish intellectuals, including Ziyaeddin Fahri Fındıkoğlu, Remzi Oğuz Arık, Samet Ağaoğlu, Ömer Lütfi Barkan and Besim Darkot, who were major figures and had an influence on his philosophy.

However, Turkish influences on Topçu were not as strong as that of Maurice Blondel (1861-1949), a French philosopher who's most influential work is "L'Action."

After completing his dissertation, he received offers to stay in France but rejected them and returned to Turkey in the summer of 1934.

Unfortunately, he was not allowed to teach at a Turkish university due to his ideas, even though he had received his Ph.D. at Sorbonne University.

After his return, Topçu met Abdulaziz Bekkine (1895-1952), a charismatic leader of the Naqshbandiyya order in Turkey.

Bekkine is said to have had a great influence in shaping Topçu's philosophy. Meanwhile, Topçu was teaching philosophy at Galatasaray High School.

He was exiled to various schools in Aegean İzmir, Denizli and Istanbul provinces several times due to his writings. Ten years of exile ended with Topçu's transfer to Istanbul Boys' High School on Oct. 4, 1944, where he taught for 18 years until his retirement.

Inspired by Blondel's "philosophy of action," Topçu began publishing the journal Hareket (Action) in February 1939 while he was teaching philosophy at Izmir High School.

Topçu introduced the "philosophy of action" to Turkish readers and created a new school of thought in Turkey.

His Ph.D. dissertation titled "Conformisme et Revolte" was translated into Turkish in 1995 under the title "İsyan Ahlakı" ("Ethics of Revolt").

Topçu was among the winners of Turkey's 2017 Presidential Culture and Arts Grand Awards.

The awards are annual prizes that have been awarded by Turkish presidents since 1995.