Ancient Yemeni heritage on verge of being lost forever 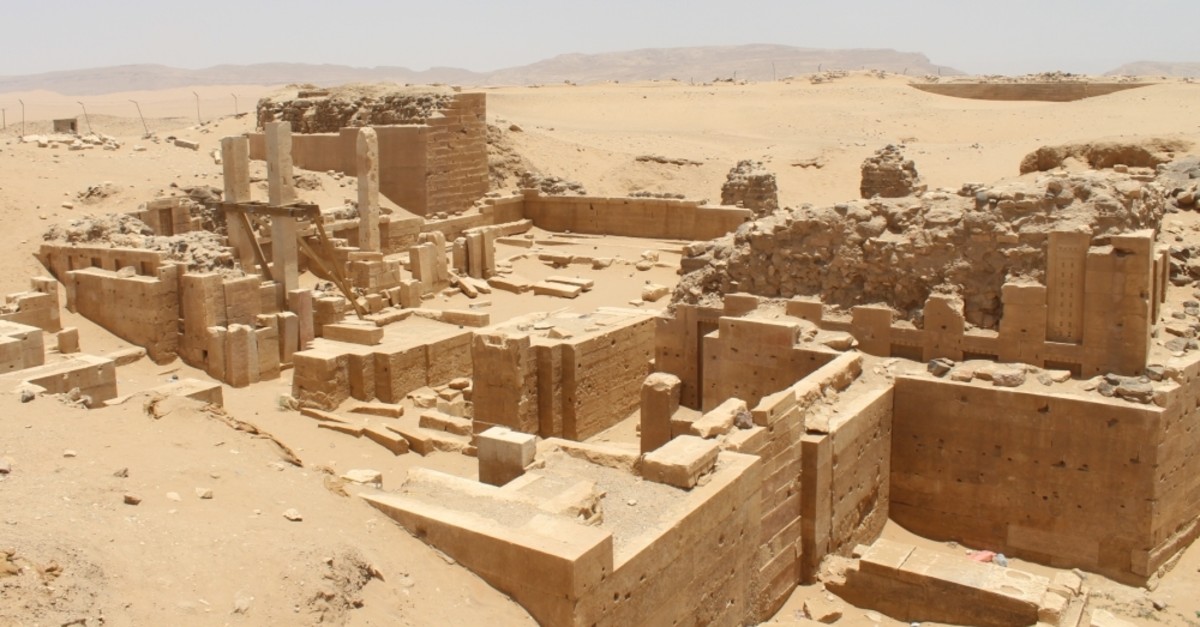 Yemen is home to ruins that date back thousands of years, such as the Arash Bilqis (the Throne of Bilqis), the Temple of Awwam aka the Mahram Bilqis (the Sanctuary of the Queen of Sheba) and the Ma'rib Dam.
by Anadolu Agency Jul 13, 2019 12:15 am

On top of causing one of the worst humanitarian crises the world has ever seen, the ongoing civil war in Yemen has also threatened the preservation of artifacts and significant ancient sites in the country

Thousands of historical works in Yemen that have survived centuries may be lost forever due to the five-year civil war and the subsequent humanitarian crisis in the region. In this ancient country on the Arab peninsula various works significant to human history have been left to their fate along with the country's great heritage.

Sheba: Ancients mentioned in the Quran

Established by the people of Sheba from the Sheba Kingdom - a name also used as a title of a surah in the Quran - are just one of the many ancient kingdoms that reigned in present-day Yemen.

The city of Marib was once the capital of the Sheba Kingdom and continues its existence as a province today. It still houses the ruins of thousands of years of works, such as Arash Bilqis (the Throne of Bilqis), the Temple of Awwam aka the Mahram Bilqis (the Sanctuary of the Queen of Sheba) and the Ma'rib Dam.

Located some kilometers away from Marib, Arash Bilqis, which dates back to the 10th century B.C., harbors evidence that Queen Bilqis once actually lived. Despite being thousands of years old, the main part of the building is still standing and continues to shed light on the deep history of Yemen.

Arash Bilqis attracts visitors from around the world with its monolithic stone pillars stretching more than 8 meters high featuring writing and detailed masonry. Inside the building, blocks on which inscriptions are written and large stone stairs rising from the ground are eye-catching.

The architecture of the building, also known as the Temple of Barran, was built with advanced engineering for the period. It is believed that this building was a sanctuary that was popular for many people from the Arab peninsula between the fourth and 10th centuries B.C.

The country houses outside the city and Arash Bilqis, which is reached via fields, transport visitors back to parables told about Queen Bilqis and the Prophet Solomon, also known as King Solomon or the King Prophet.

The sanctuary, one of Yemen's historical treasures, is surrounded by iron bars and barbed wire today. Unfortunately, the lack of security around the significant site leaves it vulnerable to damage or possible destruction.

After witnessing centuries, this piece of living history bears the wear caused by the arbitrary travel of people and lack of care caused by the civil war environment. On the other hand, the six pillars of Arash Bilqis are used as a logo or symbol by Yemeni people who want to make reference to their past. 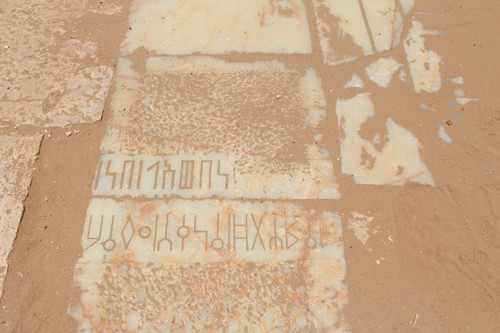 Inscriptions with Old South Arabian letters along with many stone pillars can be seen in the ruins.

In Marib, where traces of the 3,000-year-old Sheba civilization remain, Awwam Temple is another significant site that has been abandoned to its fate.

Known also as Mahram Bilqis (the Sanctuary of the Queen of Sheba) and dedicated to Al-maqah or Al-muqh, the Moon God of ancient Yemenis, is estimated to date back to between the fifth and seventh centuries B.C.

The pillars, which were the most common architectural feature in southern Arab religious buildings before the Islamic period, stand out in this temple, as well. The largest section of the temple, which has eight pillars of 13 meters in height, creates a circular area. This structure, on which inscriptions in Old South Arabian language are written, connects to the inner section of the temple where the pillars are located via a large gate.

On the walls of the inner section, fake windows featuring inscriptions with Old South Arabian letters along with many stone pillars can be seen.

The inscriptions on the pillars can still be read clearly. While this increases the value of the temple, the detailed masonry in the inner hall indicates how advanced the Sheba people were as artisans.

The temple was built outside the city of Marib, which has led researchers to believe that religious rituals might have been kept secret during the period.

It is believed the temple was once connected to Arash Bilqis via a tunnel; however, over time, the tunnel fell into disrepair and was reclaimed by nature.

There is a graveyard in the oval section of the temple. Though the graves are arranged in four-story rooms, the faces of the dead are depicted in relief on the exterior walls. The majority of the temple's structure, which has been left unguarded and neglected because of the war, is under the sand. The historical ruins are protected with just a simple wire.

Ma'rib Dam was one of the most significant buildings in Yemeni history and was built to meet the water requirements of the region. Constructed in the eighth century B.C. by the Sheba Kingdom, the dam is considered an engineering wonder from the period and one of the oldest dams in the world.

During this period, the dam was so important that the Himyarite Kingdom maintained it after capturing the region from the Sheba people. The dam, built with advanced technology for the period, was damaged several times but always repaired and remained in use for centuries. It played a significant role in the welfare of the people by providing fertile, irrigated land in the valleys. It was demolished around A.D. 570.

Serving the region for about 400 years, periodic damage to the dam also led to disasters. One of the most famous crises caused by the dam was the Flood of the Arim, which is also mentioned in the Quran.

As a result of these disasters, water-channels were destroyed, and the area was left underwater. Under these circumstances, thousands of people migrated and changed the demographic structure of the Arab peninsula and Bilad al-Sham.

However, a new dam was built in its place, and the ruined walls of the ancient dam can still be seen. This historical site was damaged in an attack by coalition forces led by Saudi Arabia in 2015.