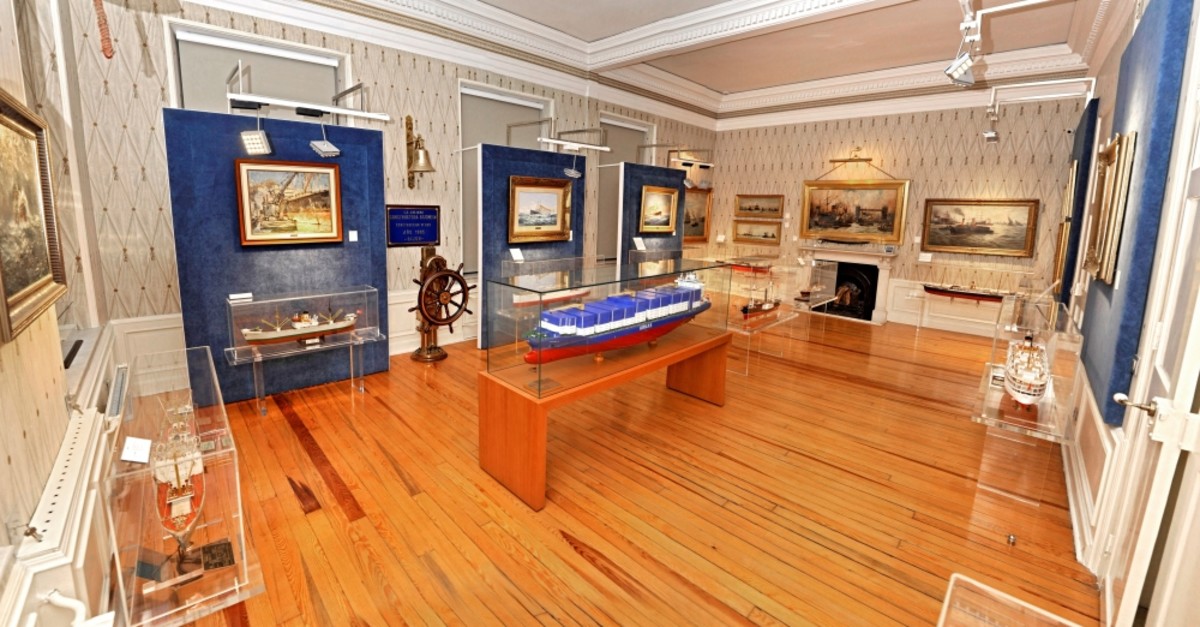 The Arkas Maritime History Center hosts a wide collection of paintings and ship antiques.
by Daily Sabah Jul 25, 2019 12:12 am

Arkas Maritime History Center, located in İzmir's Bornova district, opened in 2012 in a building dating back to the 1800s, in order to shed light on the history of maritime issues and to witness the thousands of years of maritime heritage. The Arkas Maritime History Center hosts a wide collection of paintings and ship antiques that were meticulously brought together for over 30 years by Lucien Arkas.

Consisting of three floors, the Arkas Maritime History Center welcomes visitors with a giant steering wheel with a cupboard and a compass. On the same floor, there are models of Bandırma Ferry and Savarona Yacht, along with the exploration ships used by Christopher Columbus.

The second floor exhibits ship models covering the period from the 17th century to the 20th century depicting the historical developments of maritime. The HMS Santisima Trinidad, HMS Euryalus, HMS Neptune and HMS Leviathan, the legendary ship models of the Battle of Trafalgar off the south coast of Spain, leading examples from the navies of France and Spain and a historical diorama which is portrayed in its original form are located on the same floor. Ship models are accompanied by paintings of famous Turkish and foreign naval artists. In the ship antiques section on the ground floor, visitors get the chance to view different marine transport vehicles up close, as well as measurement systems and ship tools.

Ships from the pages of history

Each ship greeting the visitors at Arkas Maritime History Center has a story of its own. The river ship River Queen, which was used as the Lincoln Communications Ship in the U.S. Civil War of 1862; the Nusret, which changed the fate of the Dardanelles campaign and won the title of "the most famous mineship in the world," the Bandırma, which carried Atatürk to Samsun; the Ankara, the only ship that was not bombed by the Japanese located in the American Pacific fleet in Hawaii during World War II; the Nautilus, the imaginative submarine included in Jules Verne's novel "Twenty Thousand Leagues Under the Sea," the Wasa, which sunk on its first cruise; the Santa Maria, Nina and Pinta caravels used in the discovery of the continent of America; the Gülcemal, which carried hundreds of passengers at the population exchange at the beginning of the 20th century and which inspired many famous writers such as Bedri Rahmi Eyüboğlu and Rıfat Ilgaz; and the Yavuz and Midilli ships, which are one of the reasons why the Ottoman Empire entered World War I, are among the striking works on display at the center.